SEOUL, Oct. 9 (Yonhap) -- South Koreans opposed to scandal-ridden Justice Minister Cho Kuk held a massive rally in central Seoul on Wednesday to call for his ouster and the resignation of President Moon Jae-in.

Participants, many holding Korean national flags and some holding American flags as well, crowded the 10-lane boulevard running from the Gwanghwamun gate all the way to the Sungnyemun, or Namdaemun, gate near Seoul Station.

It was the second mass rally that conservatives have held to demand Cho's ouster. The first was held on the National Foundation Day holiday last week. Wednesday is the Hangeul Day holiday that marks the promulgation of the Korean alphabet. 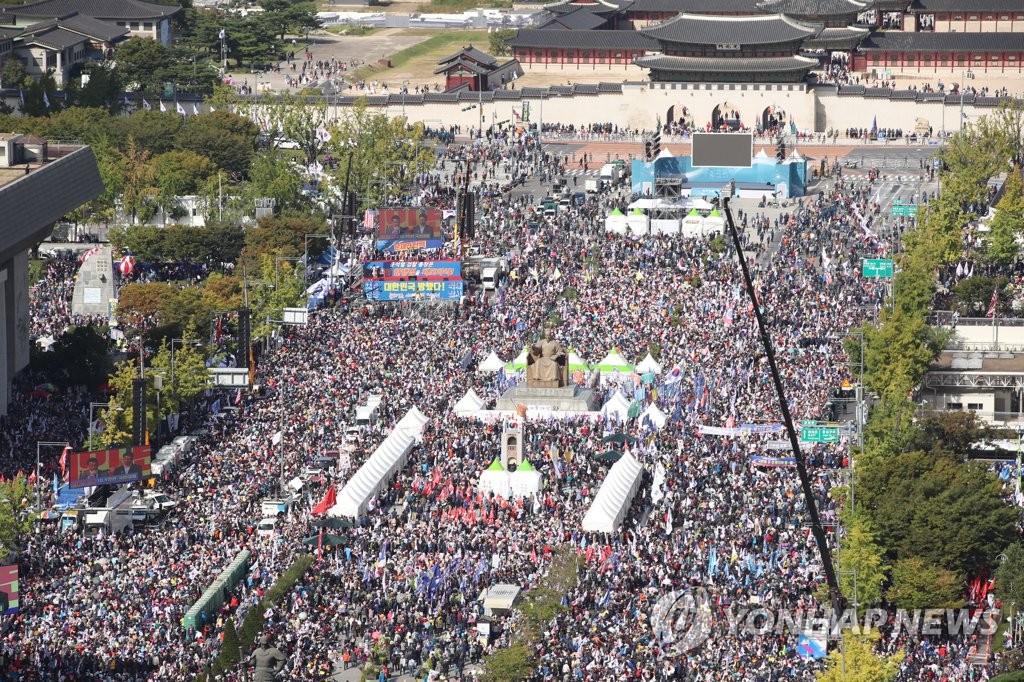 Leaders of the main opposition Liberty Korea Party, such as chairman Hwang Kyo-ahn and floor leader Na Kyung-won, also took part in Wednesday's rally. A coalition of conservative groups, which calls itself the Pan-National Alliance for Moon Jae-in's Resignation, organized the protest. 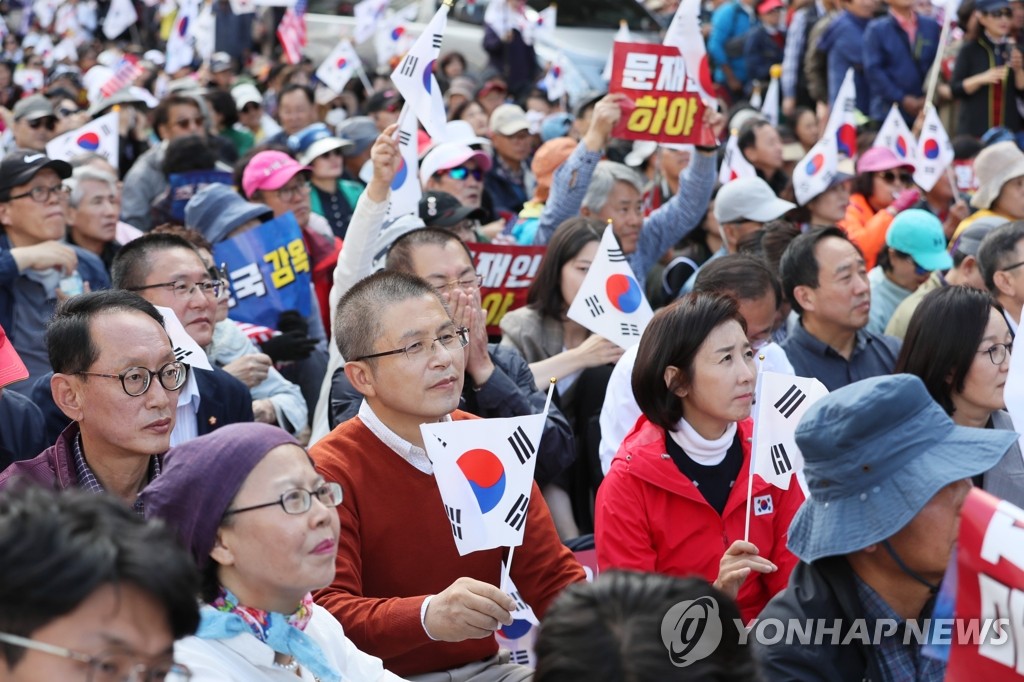 The alliance insists that Cho is not fit to serve as the justice minister overseeing the prosecution, as his family has been under investigation by prosecutors about various corruption allegations.

The conservative demonstrators plan to march towards Cheong Wa Dae, the presidential office, after the Gwanghwamun rally to demand Moon's resignation.

Cho, known as a key architect of Moon's prosecution reform drive, has been under mounting pressure to quit over alleged ethical lapses and a litany of allegations in connection with his family's investment in a private equity fund and his daughter's school admissions.

Moon appointed Cho, a former law professor and former presidential secretary for civil affairs, as justice minister on Sept. 9 despite strong objections from the LKP and other critics. The appointment has deepened the divide in South Korea as the LKP calls for his dismissal while the ruling Democratic Party and Cho's supporters call for reform of the prosecutorial system.

Meanwhile, a street rally staged by liberal civic groups took place in Yeouido, western Seoul, to support the appointment of Cho and his initiative to reform the prosecution. 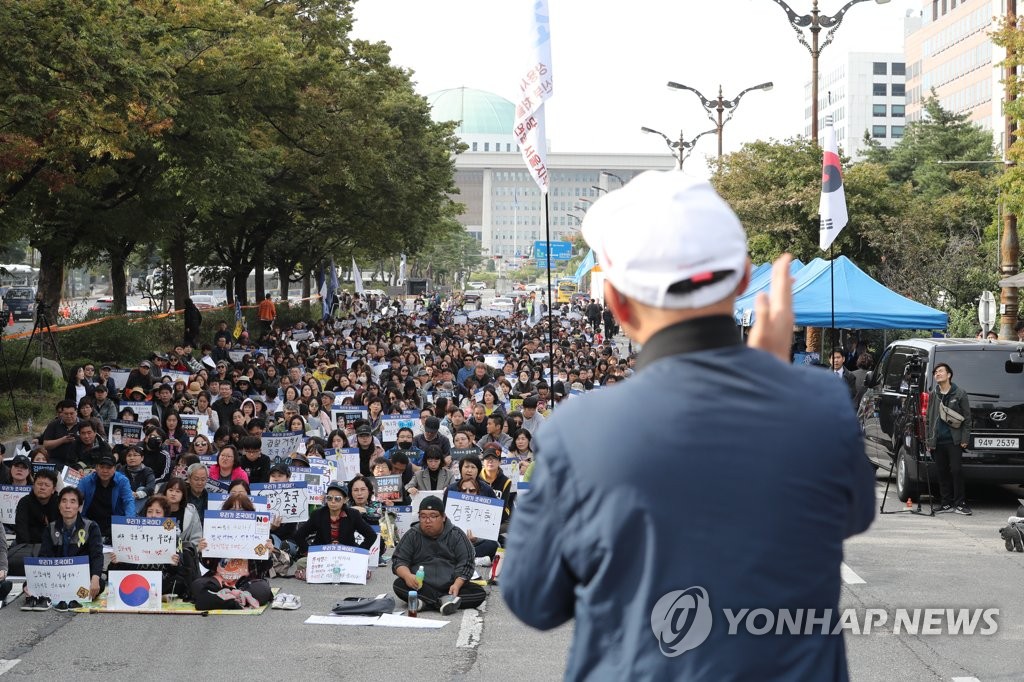