South Korean "Treasury bonds are attractive assets," which are backed by investors' confidence in the country's solid economic fundamentals, Hong Nam-ki said in a speech at an international conference on Korea Treasury bonds at a Seoul hotel.

The value of South Korean treasury bonds held by foreigners hit a record high of 99 trillion won (US$83 billion) at the end of September, accounting for 14 percent of state bonds listed on the country's main bourse, according to the Ministry of Economy and Finance.

Hong also said South Korea will issue 50-year Treasurys on a regular basis and maintain the ratio of Treasury bonds with maturity more than 20 years at an appropriate level. 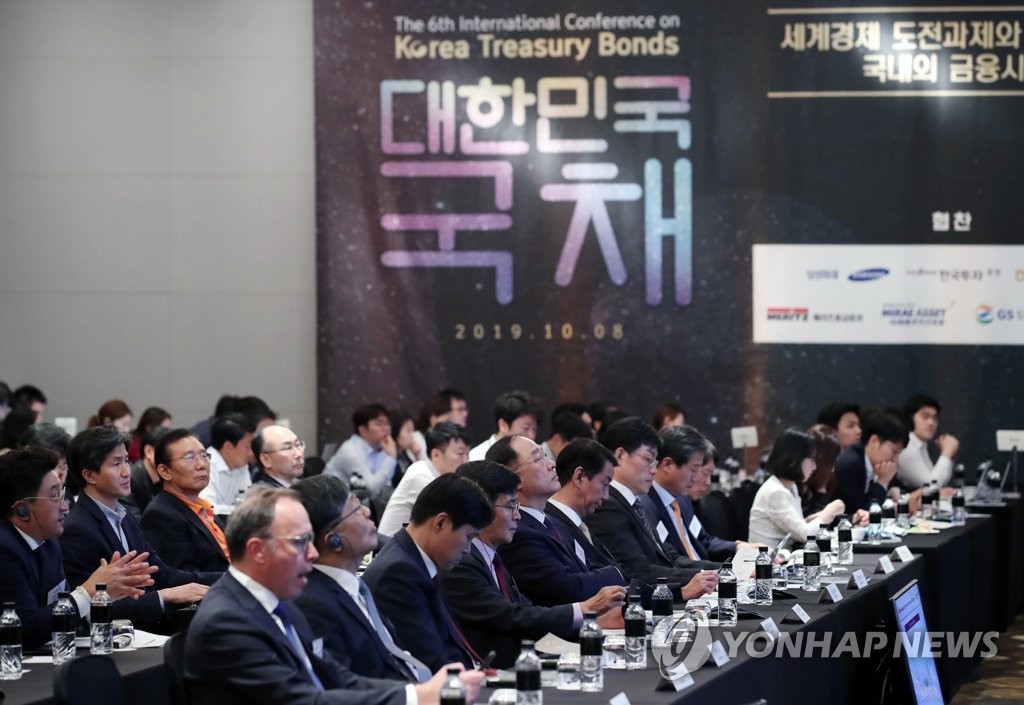