SEOUL, Oct. 8 (Yonhap) -- Having made a splash with its Hollywood debut last week, K-pop superband SuperM started a high-profile venture into the U.S. pop music scene with an ambition to establish a solid presence there.

The showcase included choreography-packed performances of the album's main track, "Jopping" as well as other stylish tracks, like "I Can't Stand The Rain" and "Super Car."

On the sidelines of the outdoor showcase, SM also operated "SuperM Village," an outdoor cultural activity venue for fans, set up on the block in front the Capitol building, adding to the excitement of the launch event. 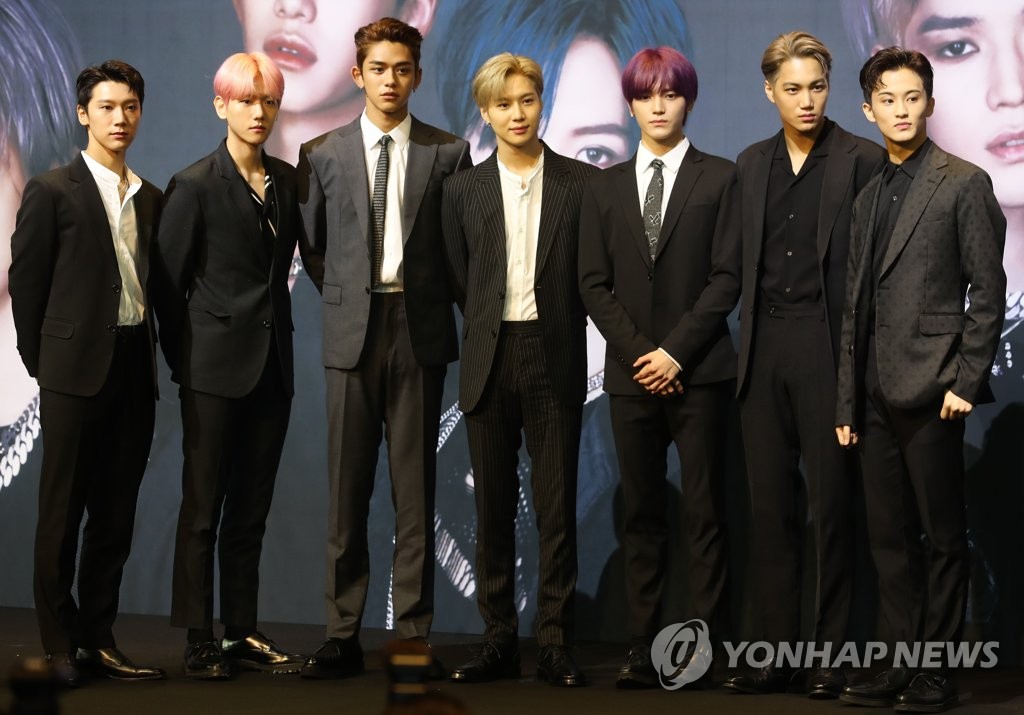 With the highly-anticipated first step into the U.S. music scene, SM and Capitol Music Group (CMG) put into action one of the biggest joint K-pop projects between South Korean and American music labels to date.

Having first collaborated with SM on NCT 127's U.S. promotion early this year, CMG came to SM first to propose working together to create a smash K-pop band in the U.S. market.

Rather than taking the long time required to launch a new music act, SM chief Lee Soo-man brought together members from the label's highly accomplished boy bands, who will best represent SM's unique music and performance, known as SMP.

The "Avengers" lineup mixes and matches seven members from SM bands -- Taemin of SHINee and Baekhyun and Kai from EXO, Taeyong and Mark from NCT 127, as well as Ten and Lucas from WayV, a China-based band. 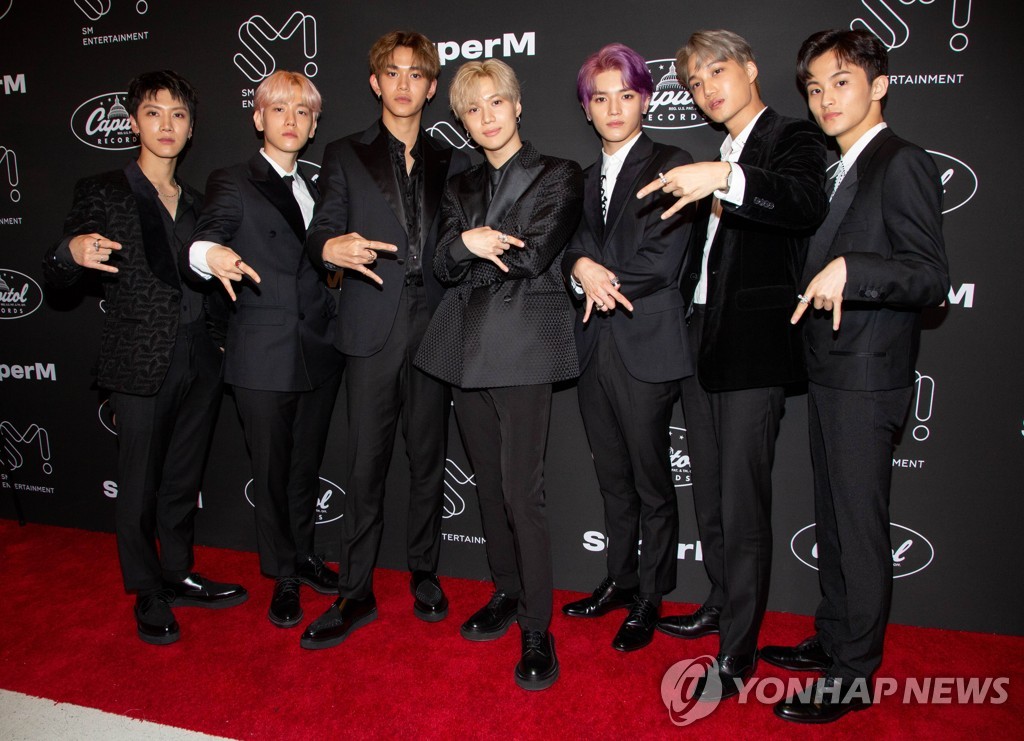 The high-profile project also came on the heels of major musical achievements by artists of SM's rival labels -- YG Entertainment or Big Hit Entertainment -- and a breakout hit of SuperM will help SM reclaim its K-pop domination.

"SuperM will be presenting different music (in the U.S.), and the outstanding dance, vocals and raps of each SuperM member will showcase the core values of K-pop in terms of performance, fashion and visuals," Lee has said of SuperM's launch.

The recent U.S. debut by SuperM will be followed by a hectic series of promotional events in the U.S.

On Oct. 9, the septet will appear on CBS "The Ellen Show" and the band will go on its first North American concert tour, "We Are The Future Live," in November.

Starting on Nov. 11 in Texas, the tour will bring the band to many major cities in North America, including Chicago, New York, Los Angeles, Seattle and Vancouver.