South Korea, 37th in the latest FIFA rankings, will take on 202nd-ranked Sri Lanka at Hwaseong Sports Complex Main Stadium in Hwaseong, south of Seoul in Gyeonggi Province, on Thursday.

It will be South Korea's second match in Group H in the second round of the Asian qualifying for the 2022 FIFA World Cup. South Korea defeated Turkmenistan 2-0 on Sept. 10.

Although many predict South Korea will win big against Sri Lanka, Bento said he is not buying into the hype.

"Whenever we meet weaker opponents, people predict that we'll collect a win with many goals, but in modern football, this is not always the case," Bento said at a press conference. "Whomever we face, we have to respect our opponents. Our goal is to maintain our playing style and get a win."

Since Sri Lanka are expected to sit back, Bento said the task for the Taeguk Warriors is to create space and penetrate the defense.

"Son Heung-min will play tomorrow, but I haven't decided his playing time," the Portuguese coach said. "I've got some ideas of using Kim Shin-wook, but still I'm thinking about many other options." 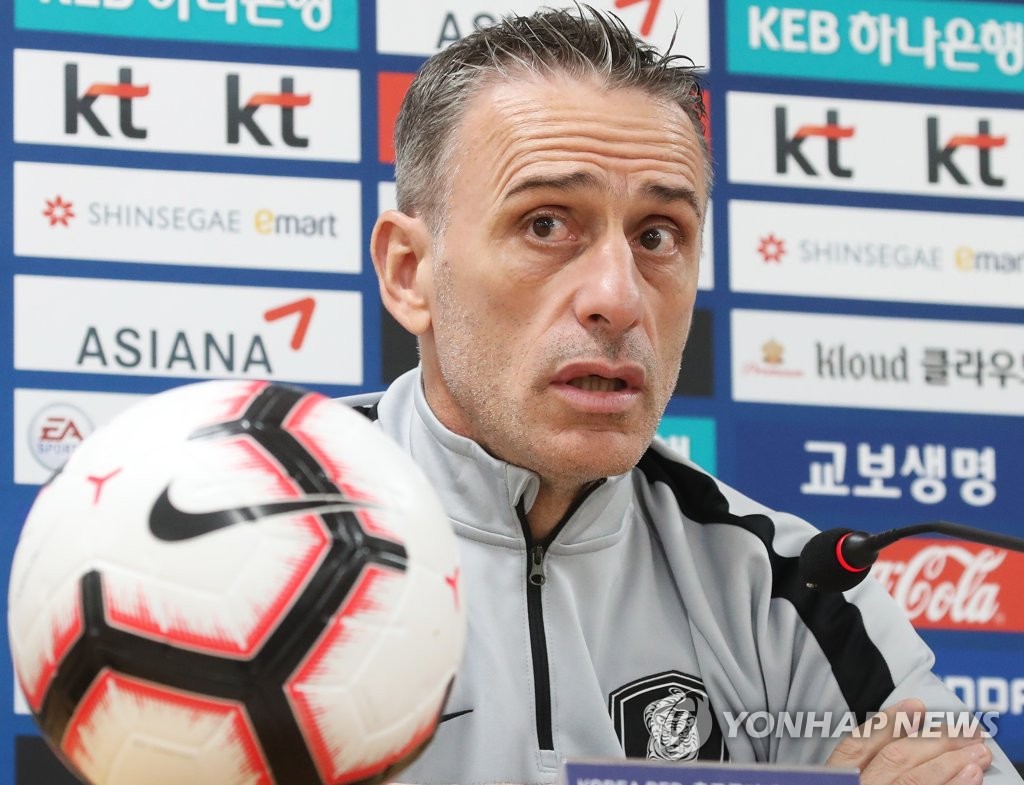