SEOUL, Oct. 10 (Yonhap) -- South Korea's trade ministry said Thursday it will hold bilateral talks with Japan this week to discuss the on-going trade row between the two Asian neighbors, the first step toward resolving the dispute at the World Trade Organization (WTO).

The meeting, to be held Friday (Switzerland time) in Geneva, comes a month after South Korea formally filed a complaint with the WTO over Japan's regulations of exporting three industrial materials, vital for the production of chips and displays.

Under the export curbs set in motion in early July, Japanese firms shipping the three materials to South Korea must win approval for every shipment, which calls for more time and complicated procedures.

Japan has approved only seven shipments of sensitive industrial materials under restriction to South Korea since the implementation, the ministry said earlier this month.

"We plan to point out problems and the unfairness of Japan's measure, and seek to reach a common ground," said Chung Hae-kwan, director-general of multilateral and legal affairs at the ministry, before his departure to Geneva. 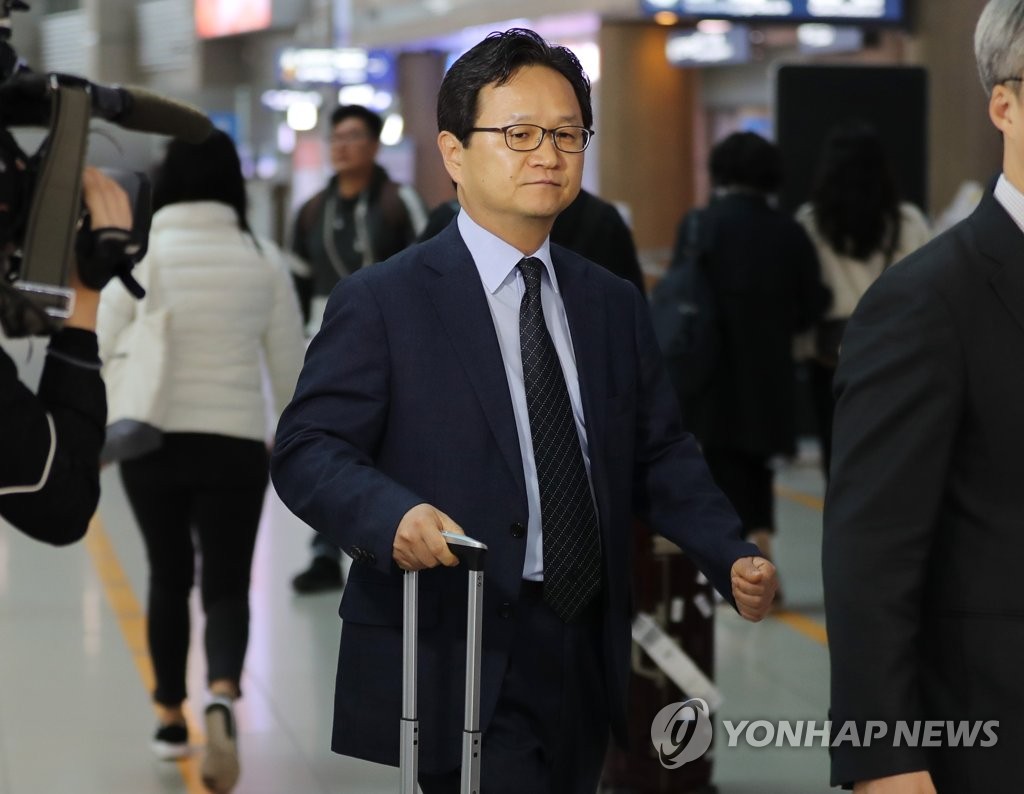 The bilateral consultation is the first step of a WTO dispute settlement. Japan accepted South Korea's request for a bilateral negotiation last month.

Seoul has been claiming that Japan has violated the article 11 of the General Agreement on Tariffs and Trade (GATT), which bans regulations on export volumes unless the products have a serious impact on national security.