But after losing a game in the ninth inning one day and blowing a save the next against the Kiwoom Heroes in the ongoing Korea Baseball Organization (KBO) postseason, the 21-year-old couldn't bring himself to check baseball stories, sensing he was probably getting slammed in the comments section by LG diehards. 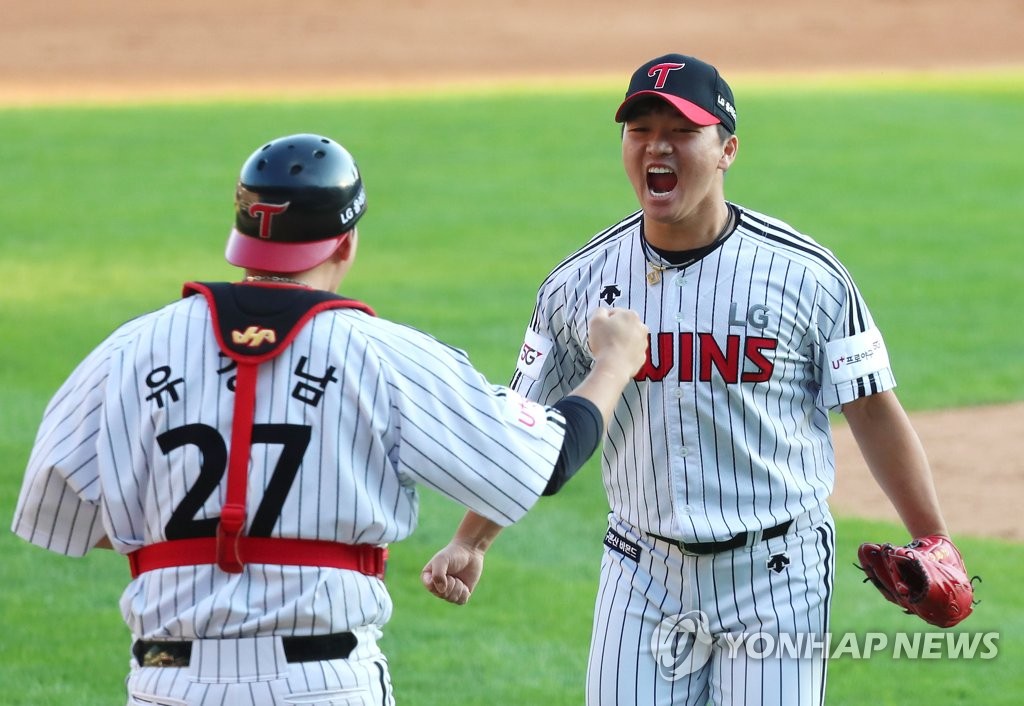 But something came to him before Wednesday's Game 3 of the first round action between the two clubs, and the pitcher decided to go back online to read baseball. What Go found surprised him: a bunch of stories quoting Twins manager Ryu Joong-il as saying he trusted Go, and he would keep sending the closer out in important late-inning situations.

"Once I read those articles, I was able to prepare for (Game 3) without worrying about the result," Go said, after pitching a scoreless ninth inning for a save in the Twins' 4-2 win Wednesday. "I am so happy we won and even more so because I responded to my manager's trust."

In Game 1 of this best-of-five series last Sunday, Go gave up a walk-off solo home run to Park Byung-ho on his first-pitch fastball in the bottom of the ninth. On the following day, Go tried to protect a 4-3 lead in the bottom ninth but gave up a game-tying single to Seo Geon-chang with two outs. The Twins lost 5-4 in 10 innings.

And Go, who had 35 saves in the regular season, didn't make it easy on himself in Game 3. With the Twins up 4-2, he walked and then hit a batter to start the ninth inning, and a sacrifice bunt moved the runners to second and third.

The Heroes were a hit away from tying the game, but Go retired the next two batters on a lineout and a flyout.

Go let out a primal scream as he embraced catcher Yoo Kang-nam to celebrate the team's first win of the series and his first save of the series. 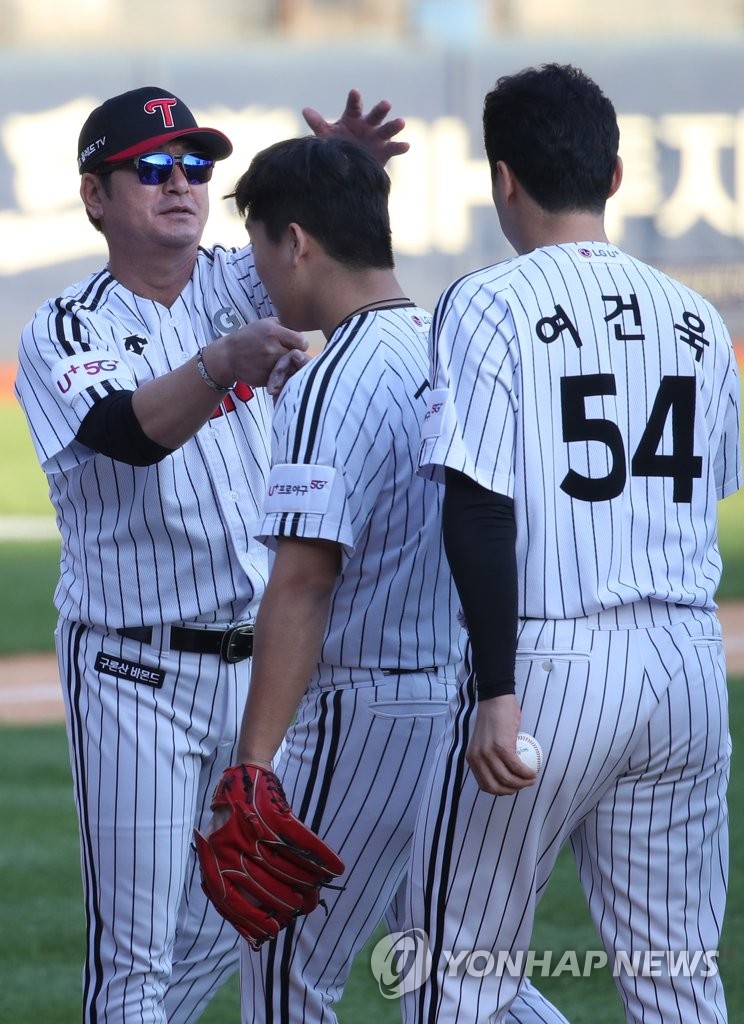 "If I were the manager, I wouldn't have sent me out there today. Honestly, it wasn't a good situation," Go said. "But my manager continued to show faith in me, and I am really grateful for that."

Go said he didn't lose sleep even after his adventurous outings because he knew he'd have a mix of good days and bad days on the mound. A hard, cold look at himself in the mirror also helped.

"I didn't have the command of my pitches, and those hitters took advantage of that," Go said. "Some guys told me it wasn't my fault, but there were a couple of others who told me like it is. I think I would have struggled more without their advice."

And Go didn't want to shy away from the challenge.

"I kept thinking (during Game 3) that I wanted a save opportunity," Go said with a smile. "I blew a save the other day, but I wanted to go back to the mound. That's how pitchers think."

Reliever shakes off bad outings for crucial postseason save

Reliever shakes off bad outings for crucial postseason save