SEOUL, Oct. 10 (Yonhap) -- The United States has given its consent to South Korea's nomination of Rep. Lee Soo-hyuck of the ruling Democratic Party for its new ambassador to Washington, government sources said Thursday.

The diplomatic consent, known as "agrement," occurred very recently, and the diplomat-turned-lawmaker will soon be formally appointed as Seoul's top envoy to the U.S., the sources said.

The consent came about two months after Lee was selected for the post.

Critics claimed the procedure took longer than usual because of Washington's displeasure with Seoul's recent decision to end an information-sharing deal with Japan. Seoul's foreign ministry dismissed the speculation, saying it's not far from the customary practice.

Lee, 70, served as South Korea's first chief nuclear negotiator for the six-party talks involving the two Koreas, the U.S., China, Japan and Russia, when it was launched in 2003, with the goal of resolving the North Korean nuclear issue.

The retired career diplomat also served as ambassador to Yugoslavia in 2002 and Germany in 2005, before entering politics in 2016, when Moon, the then opposition party chief, picked him to spearhead his party's subcommittee in charge of peninsula and inter-Korean affairs.

He won his parliamentary proportional representation seat in 2017. 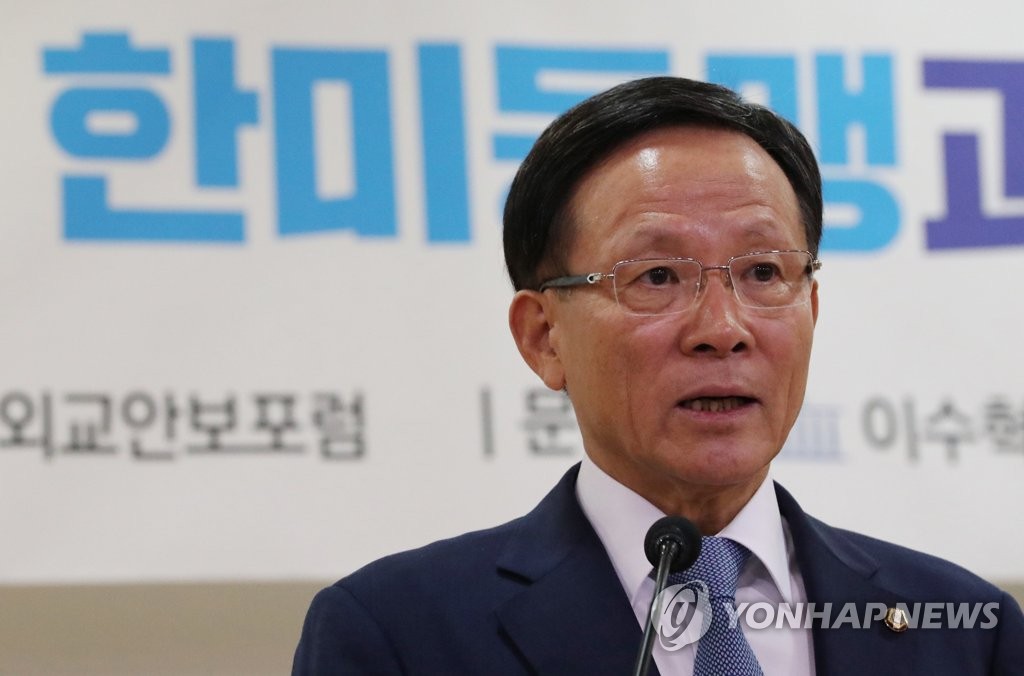