The pop-up store, "House of BTS," will open at a four-story building in Seoul's posh district of Gangnam next Tuesday, according to Big Hit Entertainment. It will run for 80 days till Jan. 5.

The fan event, an upgraded version of what Big Hit operated on the sidelines of BTS' world tour concerts in Los Angeles, Chicago, London and Paris from May-June, will feature, among others, special installations that will walk visitors through major scenes from famous BTS music videos, according to Big Hit.

It will also include a BTS merchandise shop, as well as food and beverage corners.

The pop-up store has been specially themed after pink, the color of BTS' latest global hit song, "Boy With Luv." Special artworks inspired by other hit songs -- "DNA" and "MIC Drop" -- also will be part of the exhibition collection.

"House of BTS will be a (fan) experience complex offering more than what previous BTS pop-up stores have provided," Big Hit said. 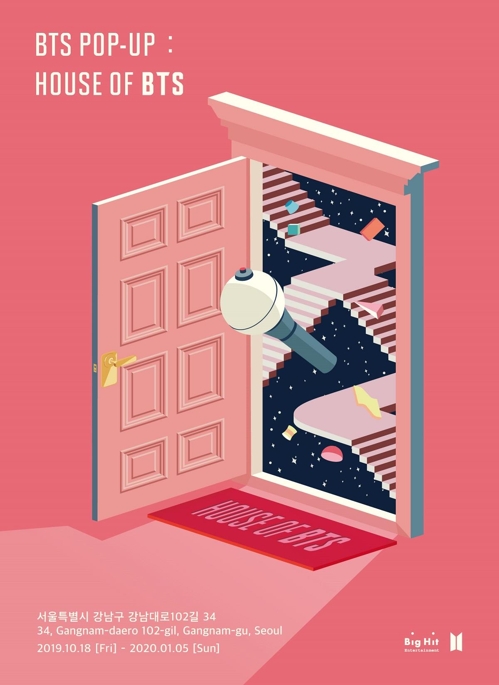 BTS' pop-up store to entertain fans in Seoul this month

BTS' pop-up store to entertain fans in Seoul this month