"Despite the improvements in consumption, the Korean economy remains stagnant on shrinking exports," the Korea Development Institute (KDI) said in its English-language Monthly Economic Trends publication.

Retail sales rose 4.1 percent in August from a year earlier, while facility investment fell 2.7 percent during the same period.

South Korea's exports fell 11.7 percent on-year to US$44.7 billion in September, extending their on-year decline to a 10th consecutive month due to weak prices of semiconductors and the yearlong trade row between the United States and China.

Outbound shipments of chips declined 31.5 percent on-year to $8.5 billion in September, dealing a blow to South Korea, as semiconductors account for one-fifth of its exports.

The fall in September's headline inflation was driven by the increased drop in prices of agricultural products and public services from last month, the KDI said.

"As such, it is difficult to assess that the decline in demand has worsened," the KDI said.

South Korean officials have also said there is no concern about deflation, noting the drop in headline inflation is temporary due to a fall in prices of agricultural products and stabilizing prices of petroleum products, as well as welfare policy. 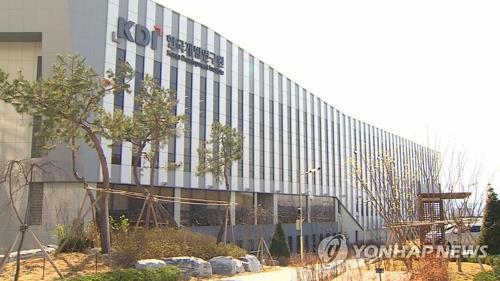