Samsung's de-facto leader, Lee Jae-yong, joined the event as well. It was the 7th official meeting between Moon and Lee this year. 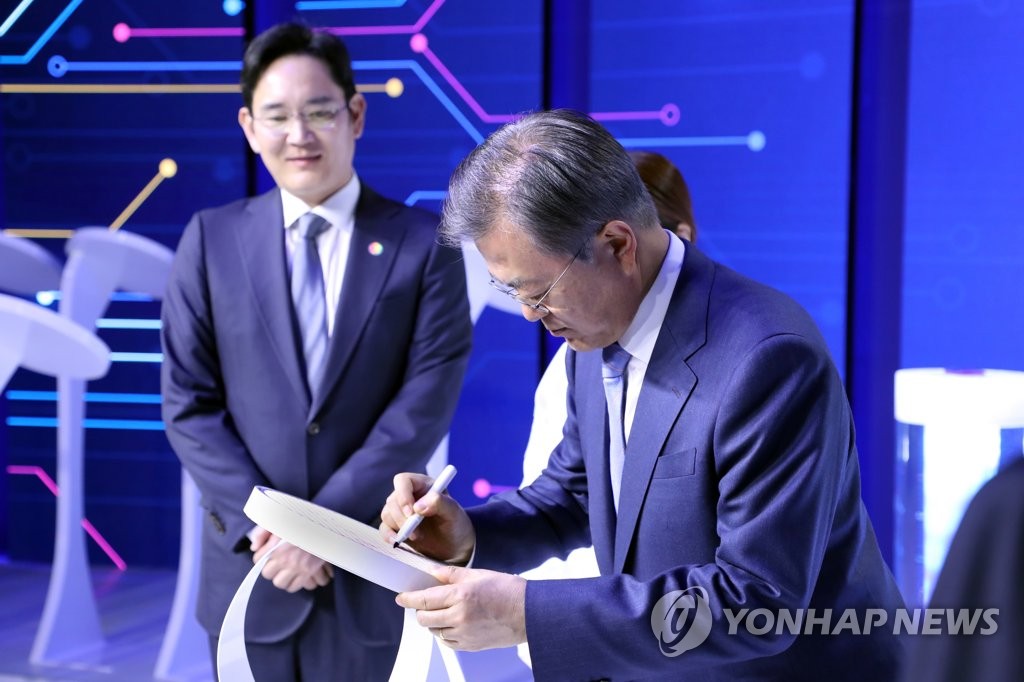