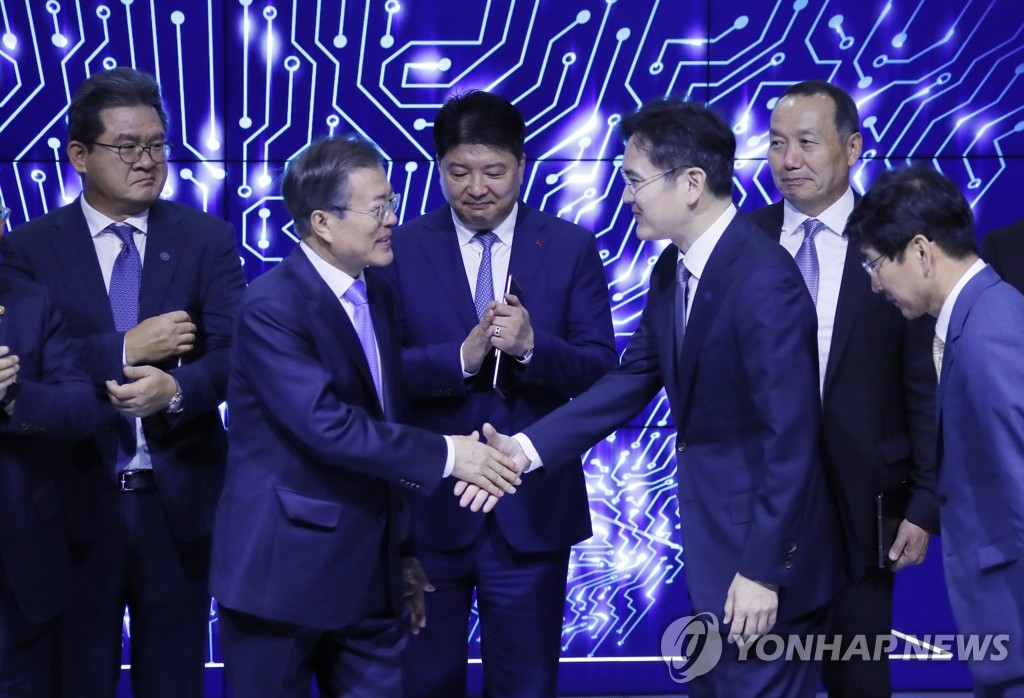 He then had a video call with workers at the factory. He thanked Samsung Group for playing a pivotal role in South Korea's economy.

"Samsung is always taking the lead in the semiconductor, mobile phone and display sectors, thus spearheading the Republic of Korea's economy. I always appreciate it," Moon said, using the nation's official name.

The president pointed out public concern about the impact from Japan's export restrictions against South Korea, and he asked the Samsung employees, "Can I have no worry (about the situation) now?" They answered yes.

Moon was referring to Samsung Display's efforts to rely less on supplies from Japan for some key materials. 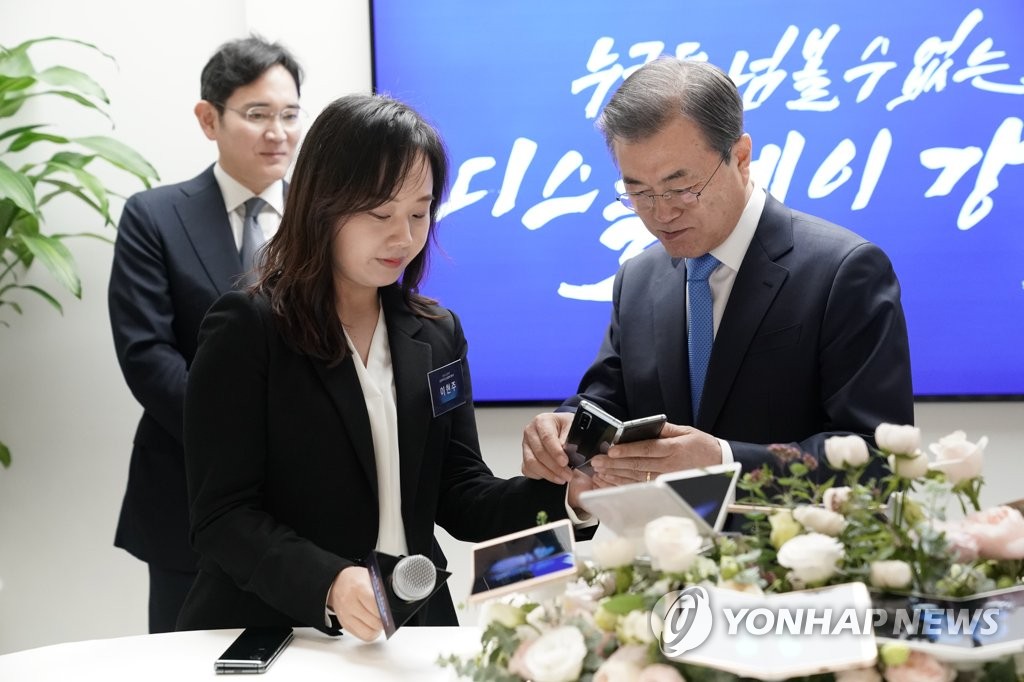