SEOUL, Oct. 10 (Yonhap) -- South Korea will spare no efforts to grant a preliminary approval for a new internet-only bank by the end of this year, in a fresh bid to promote growth in the banking sector, the head of the financial regulator said Thursday.

Eun Sung-soo, chairman of the Financial Services Commission (FSC), made the remarks as the FSC began receiving applications for a third online-only bank earlier in the day.

Two consortia, one led by brokerage Kiwoom Securities and the other by fintech firm Viva Republica, are expected to submit their bids for a license.

In May, the FSC rejected applications by the two consortia, citing a lack of fundraising preparations and technical progress in their business plans.

"Granting an approval for a new internet-only bank is the top priority for the FSC in the second half of this year," Eun told reporters.

The FSC has offered consulting services to potential bidders on evaluation procedures in an effort to help them meet certain requirements, Eun said. 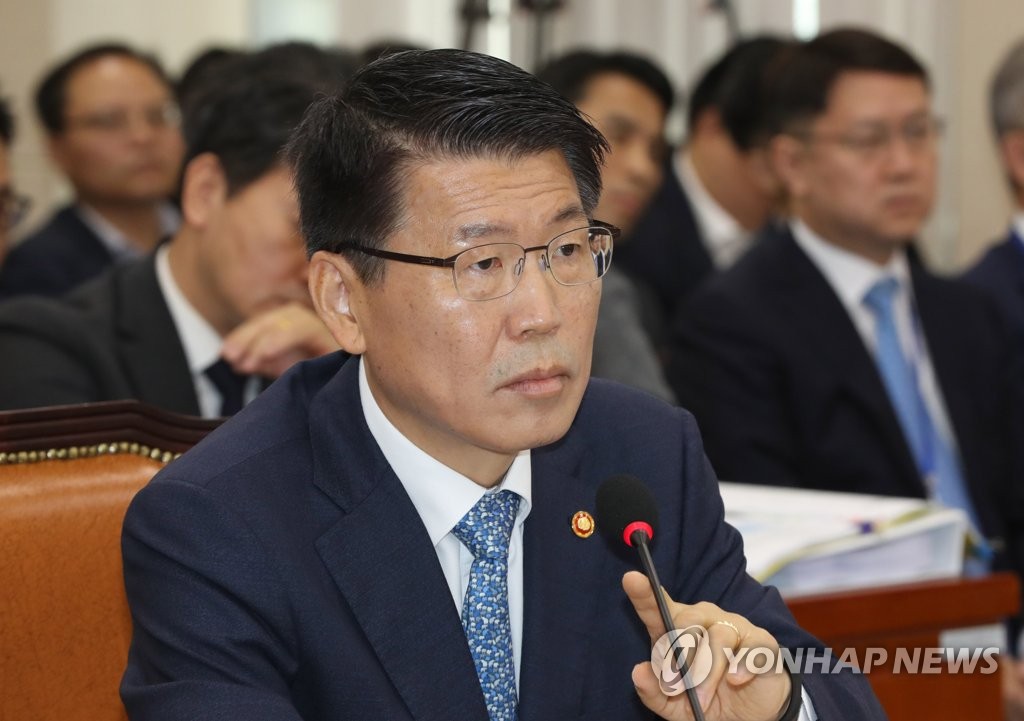 Two internet-only banks -- K-Bank and Kakao Bank -- were launched in 2017, challenging traditional banks in South Korea and forcing them to cut commission fees, and revamp their online and mobile banking services.

Some banks and financial firms have been under fire for improperly selling derivatives linked to overseas interest rates that carry the risk of losing nearly all the money invested in them.

Financial authorities have said about 20 percent of 3,954 cases detected may violate law or internal rules in selling the derivatives, but further investigation is needed into two leading lenders -- Woori Bank and KEB Hana Bank.

Some financial firms were suspected of failing to offer enough information to investors or of violating internal rules that protect elderly customers when they sold the derivatives, officials said.

Eun said the FSC will draw up comprehensive measures by the end of this month or early next month to prevent such sales from happening again.

The FSC will swiftly proceed with a dispute reconciliation to protect customers who bought the derivatives, Eun said.

If the constant maturity swaps of U.S. and British government bonds keep their current levels, local investors will report an approximately 52.3 percent loss from their investment, officials said.

In the case of options that are linked to Germany's 10-year government bonds, local investors are likely to report a 95 percent loss, officials said.