During the five-minute show, comedian Lee Soo-geun and singer Eun Ji-won arrive at the airport and leave for Iceland. The runtime is too short to show their preparation and talk before and after boarding the plane.

But the five-minute broadcast is just a preview of the full-length show presented on YouTube, where the cast eat in-flight meals and play pranks on each other.

It is designed to catch the eye of a younger generation who prefer bite-sized, web-based episodes and fast-paced storytelling that's available anywhere and anytime on their smartphones.

During the live show streamed on YouTube right after the first episode, producer Na Young-suk said nearly 10,000 people were watching his live video, instead of sitting in front of a TV.

It received great small-screen ratings, however, as the show's first episode reached a 4.6 percent viewership nationwide. This is far higher than the 2.6 percent recorded by the same channel's Saturday night reality show "Laborhood on Hire," aired on Sept. 21.

The five-minute "Three Meals a Day" will be broadcast every Friday night for 10 weeks.

"Three Meals a Day" is not the only program that has adopted a YouTube-style five-minute format. 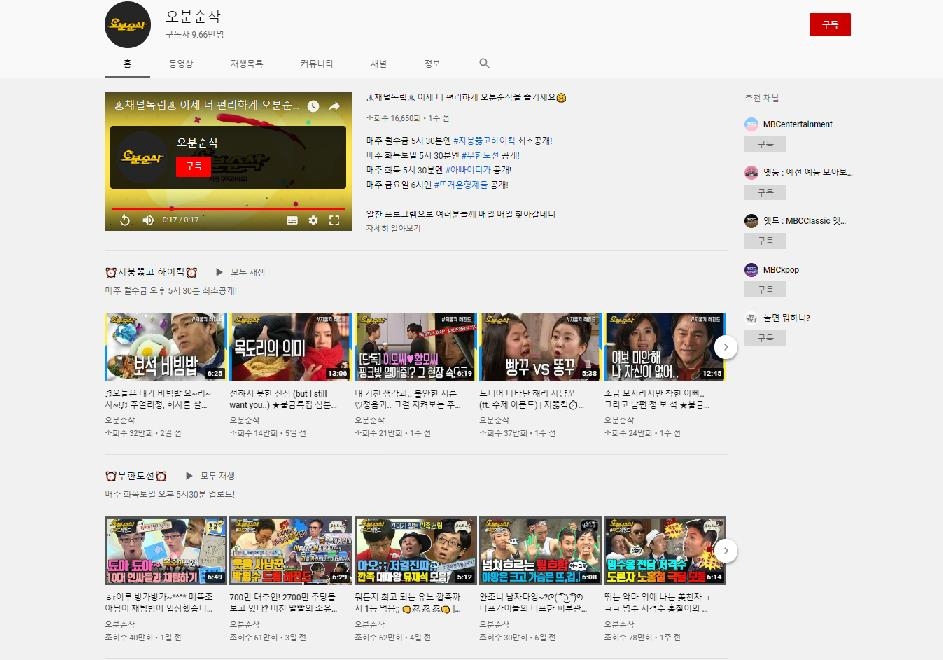 It was part of MBC's two-way media strategy as it has brought the online-hit content shown on its YouTube platform to the small screen to attract young people.

News channels are also changing in fast and creative ways.

Experts said the emergence of such short TV programs is part of TV stations' efforts to adapt themselves to the trend of new online media.

As leading trendsetters and new consumers, teens and twenty-somethings just flick on YouTube with a finger and choose easy-to-consume web content that hooks them within a few seconds.

According to 2015 data by KT Economics Management Research Institute, those in their 20s favor 43-second videos and texts of 14 paragraphs.

"This short content is different from conventional TV programs, which offer 50-minute episodes at a single time slot," said culture critic Ha Jae-keun. "TV networks are struggling to recruit web-originated content or to compete with it by producing higher-quality series."