SEOUL, Oct. 10 (Yonhap) -- Cheong Wa Dae stressed Thursday that the government will push for the acquisition of advanced weapons in strict accordance with related law, responding to a news report that it has instructed the military to review an option to buy F-35B vertical-landing stealth fighter jets from the United States.

According to Rep. Baek Seung-joo of the main opposition Liberty Korea Party, Cheong Wa Dae's national security office called in an Air Force official and talked about the possibility on April 18.

The move came days after a White House summit between President Moon Jae-in and President Donald Trump, the lawmaker was quoted as telling the JoongAng Ilbo newspaper.

South Korea has a contract to purchase 40 F-35As for use by the Air Force. Eight of them have been delivered and some of them made their public debut during the Armed Forces Day event last week.

The Air Force hopes for F-35As, while the Navy apparently wants the F-35B variant with the short take-off and vertical-landing capabilities that can be mounted on South Korea's envisioned quasi-aircraft carriers. 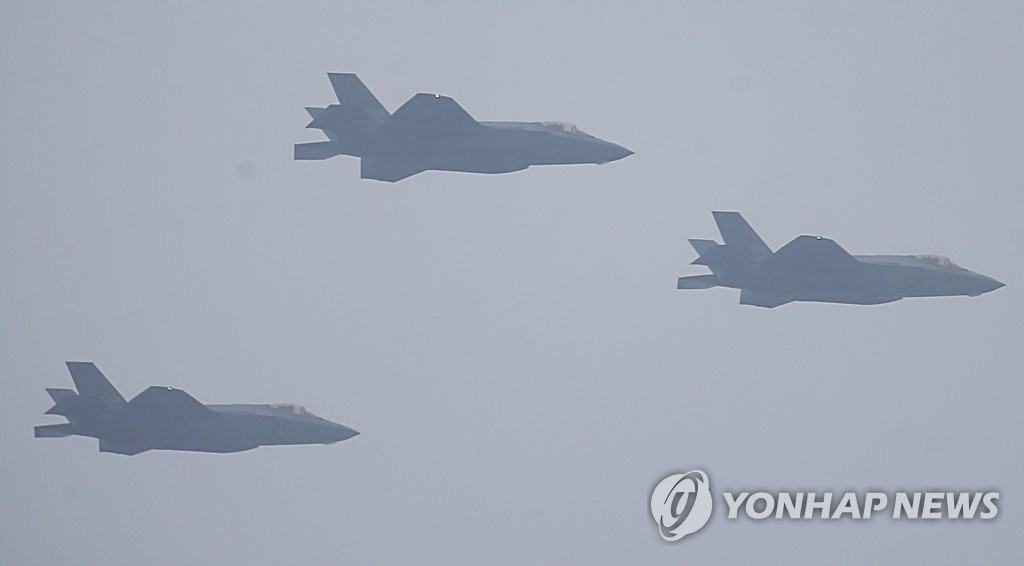 The news report made earlier Thursday "is not true," a Cheong Wa Dae official told reporters.

Such an arms procurement project is carried out under the act on developing and introducing weapons, he added but refused to give more details, saying it's a matter related to national security.

F-35Bs, currently deployed by the U.S. Marine Corps, are said to be far more expensive than the conventional takeoff and landing F-35As, both produced by Lockheed Martin.

"We'll be talking about the purchase of equipment. South Korea is one of our largest purchasers of military equipment. And we're working together very well," he said in his televised opening statement, which was viewed by many as part of his pressure on Seoul to buy more American weapons.