In a three-year project headed by the Ministry of Land, Infrastructure and Transport, the government plans to build pilot hydrogen-powered cities by 2022, the ministry said in a joint statement with related ministries and government agencies.

"We are planning to select three cities by the end of this year after obtaining approval for the construction of the cities from local residents. Some benefits and incentives will be given to residents of selected cities in exchange for the construction of hydrogen cities, (which are still regarded as unstable in terms of safety)," Park Joon-ho, an official in charge of the hydrogen city project at the ministry, said over the phone.

Related infrastructure, such as 9.9 megawatt fuel cells, 670 hydrogen fuel-cell electric passenger vehicles and 30 hydrogen buses, will be available in the planned cities, the statement said.

The world's hydrogen-related markets are expected to grow at an average of 6 percent annually to $2.5 trillion by 2050 from $129 billion in 2017, the ministry said, citing a McKinsey & Co. report published in January 2017.

The Korean hydrogen market is expected to reach 70 trillion won by 2050, according to the government's hydrogen road map released in January this year.

On Jan. 17, the Ministry of Trade, Industry and Energy outlined its long-term hydrogen goals that include a community that uses hydrogen as the main source of energy for power generation, vehicles and other daily uses as it sees, such as an ecosystem, will become the new growth engine for the Korean economy.

By far, Seoul has focused on promoting hydrogen-powered passenger cars and commercial vehicles in partnerships with Hyundai Motor Group and other related firms, while increasing the number of hydrogen charging stations and offering government subsidies for the purchase of hydrogen cars.

In 2019, the government earmarked 130.4 billion won in subsidies for hydrogen vehicles and 105.7 billion won for the hydrogen charging infrastructure, the statement said. 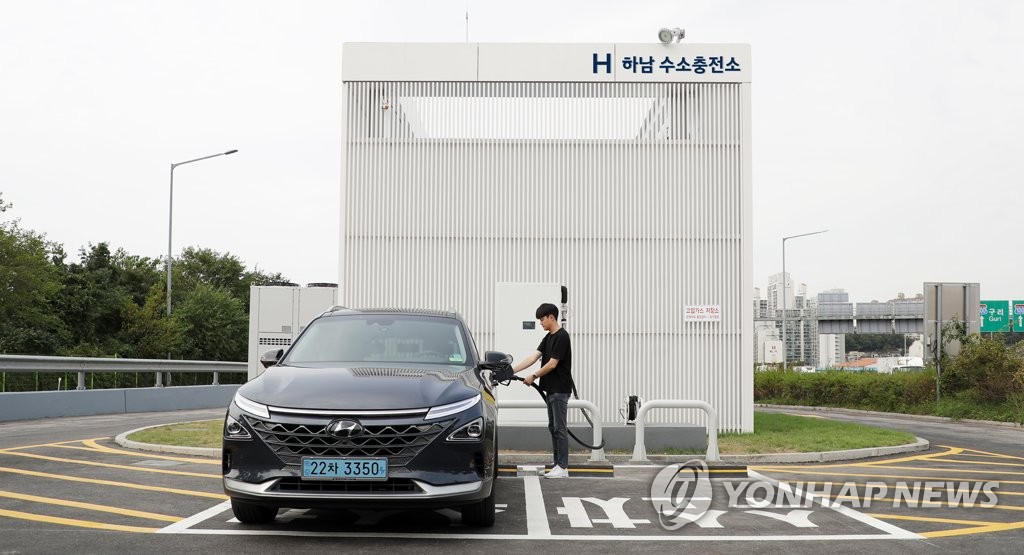