SEOUL, Oct. 10 (Yonhap) -- South Korean civic and religious groups on Thursday called for a complete abolition of capital punishment in the country, where a debate over the issue occasionally emerges in the aftermath of serious crimes.

"We need to cut the vicious circle of violence, in which horrendous punishment is used against horrendous crimes. ... Efforts are needed to clear fundamental reasons for crimes and solve social contradictions," the organizations said in a joint statement.

They referred to the recent identification of Lee Chun-jae, a jailed man in his 50s, as a suspect in a series of murders in Hwaseong, Gyeonggi Province, that happened between 1986-91.

"The fact that the criminal who made headlines was identified decades after (the incident) ironically shows that the death penalty must be abolished," they said, voicing concern about the possibility of wrongful execution. 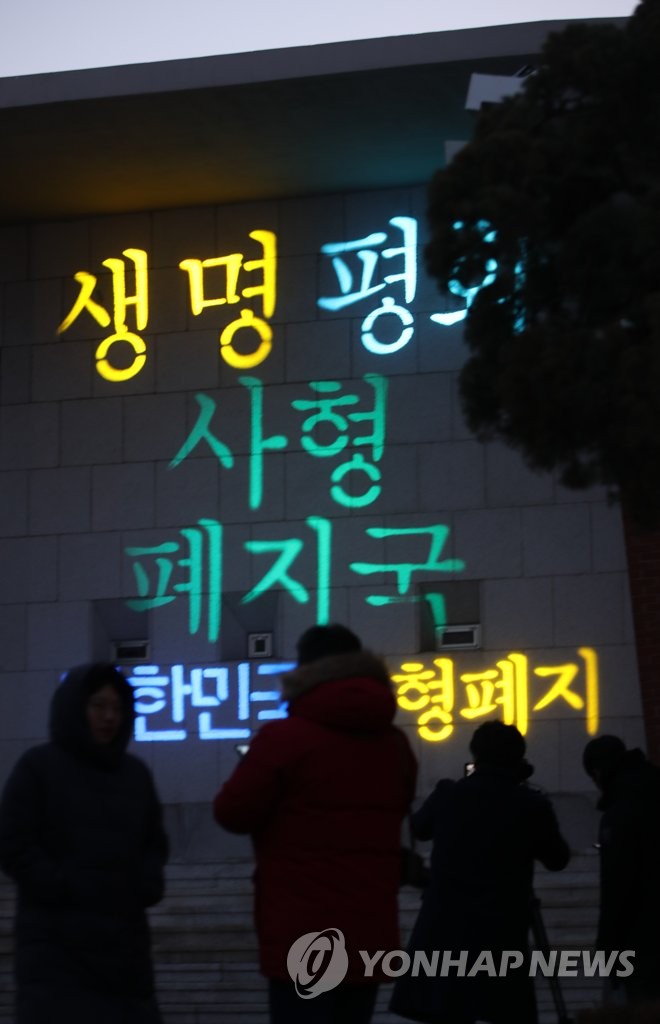 An association of 14 religious and civic groups in South Korea -- including Amnesty International Korea, Lawyers for a Democratic Society, and the Catholic Justice and Peace Committee -- released the statement in line with the 17th World Day Against the Death Penalty.

The organizations called for the establishment of a safety net to protect the public from crimes, as well as more efforts to help victims and families of victims who have been hurt by serious crimes.

The organizations said that a group of around 70 lawmakers have jointly submitted a motion for abolishing the death punishment at the National Assembly for the sixth year in a row.

South Korea is classified as an "abolitionist in practice country," which means that the government retains the death penalty but has not actually executed a criminal for the past 10 years or longer.