In Kia's Beat360 Delhi center, which opened in Gurgaon, a new city near Delhi, visitors can look around the carmaker's major models and experience their advanced vehicle technologies, the company said in a statement.

In particular, Kia will focus on promoting the entry-level Seltos sport utility vehicle by offering visiting customers a chance to test-drive the model and briefing them on it, the company said.

"The showroom is designed to help boost sales in India as the company began the production of the Seltos at its plant in the state of Andhra Pradesh (in the southeastern part of the subcontinent) in August," a Kia spokesman said.

The Seltos models manufactured in the 300,000-unit-a-year plant will be sold in the local market later this month, he said. The Seltos went on sale in Korea in July after it was unveiled in India.

Kia plans to produce another vehicle on top of the Seltos at the Indian plant next year to meet local demand.

The company expects the plant will be able to produce 52,000 units this year, and it aims to operate it fully within three years to export Indian-made cars to the Middle East, Latin America and other Asian countries. 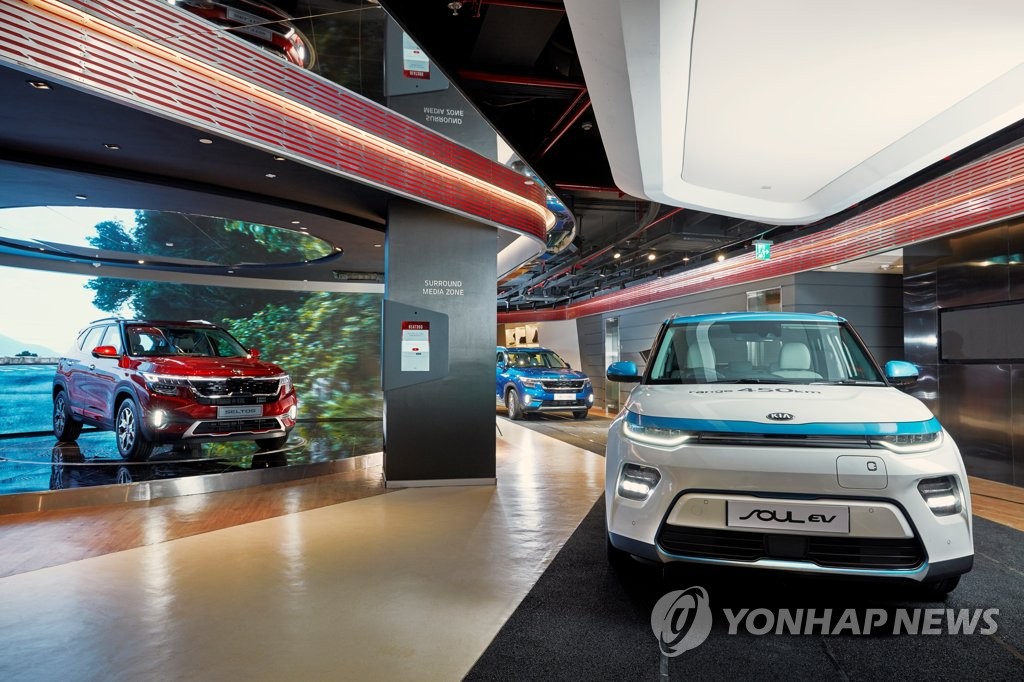