(ATTN: UPDATES throughout with KCNA's English-language report)
By Choi Soo-hyang

SEOUL, Oct. 10 (Yonhap) -- North Korea on Thursday lashed out at European Union members of the U.N. Security Council (UNSC) for issuing a statement condemning its recent test of a new submarine-launched ballistic missile (SLBM), calling it a "serious provocation" against Pyongyang.

"There is a limit to the patience of the DPRK, and there is no guarantee that all our patience would continue indefinitely," the spokesperson said, referring to the North by its official name, the Democratic People's Republic of Korea.

The ministry spokesperson said North Korea is contemplating the U.S.' intention of coming to the talks with an "empty hand" and "encouraging" its "satellites" to issue such a statement critical of the North.

"The UNSC ... picks fault with the just measure belonging to our right to self-defense, while keeping mum about the test-fire of Minuteman 3 ICBM recently conducted by the U.S.," the statement said, adding that the U.S.' ICBM launch was apparently aimed at pressuring the North. 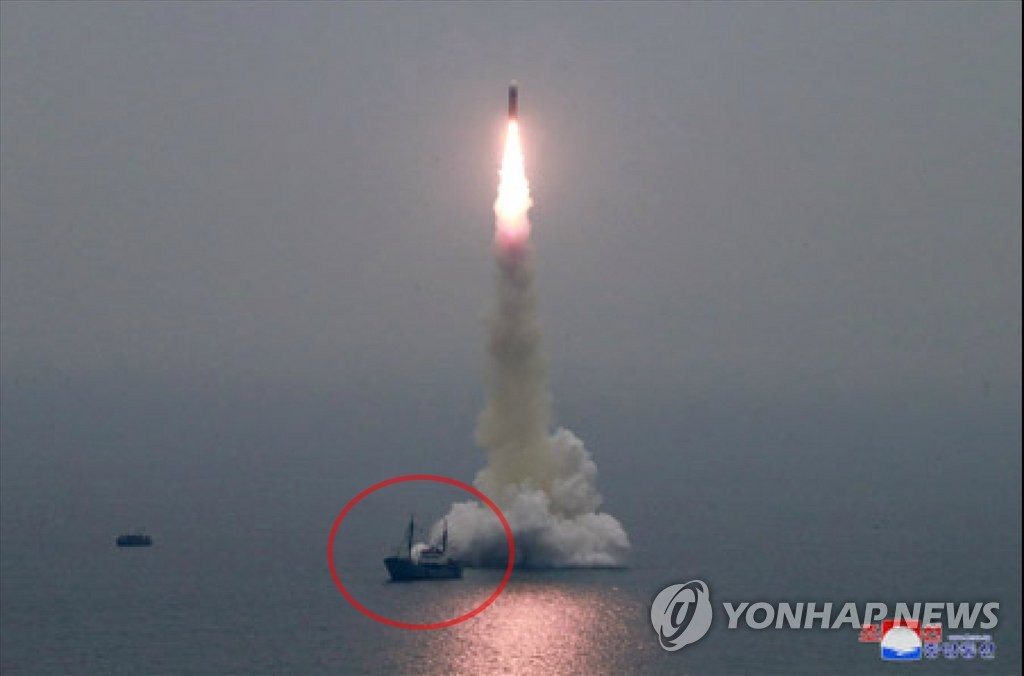