SEOUL, Oct. 10 (Yonhap) -- South Korea's top nuclear negotiator returned home Thursday after talks with his U.S. and Japanese counterparts in Washington over how to make progress in denuclearization negotiations with North Korea.

Lee Do-hoon had bilateral and trilateral meetings with his U.S. and Japanese counterparts, Stephen Biegun and Shigeki Takizaki, on Tuesday, after the unfruitful working-level talks between the U.S. and the North in Sweden on Saturday last week.

When asked whether the talks between Washington and Pyongyang would resume in the coming weeks, Lee said, "We may have to wait and see."

"We had deep discussions regarding how the South and the U.S. work together to move forward. ... We plan to handle it through continued contact depending on the situation," he added.

After Saturday's nuclear talks, the U.S. said that it had accepted Sweden's invitation to return to talks in Stockholm in two weeks' time. But the North has not responded yet, merely accusing the U.S. of having failed to offer a new proposal in the latest talks.

The relaunched talks marked the first time the U.S. and the North had held formal working-level negotiations since the second summit between U.S. President Donald Trump and North Korean leader Kim Jong-un ended without any deal in February. 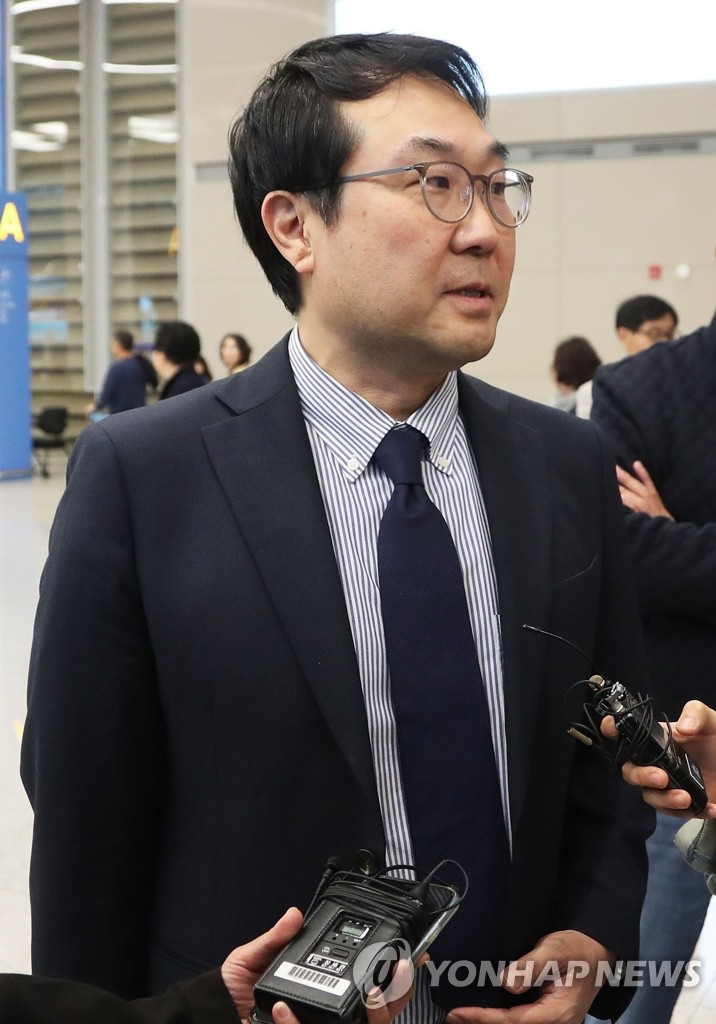