Hong Nam-ki made the comment in a meeting with Yannick Glemarec, executive director of the Green Climate Fund, at the government complex building in central Seoul. 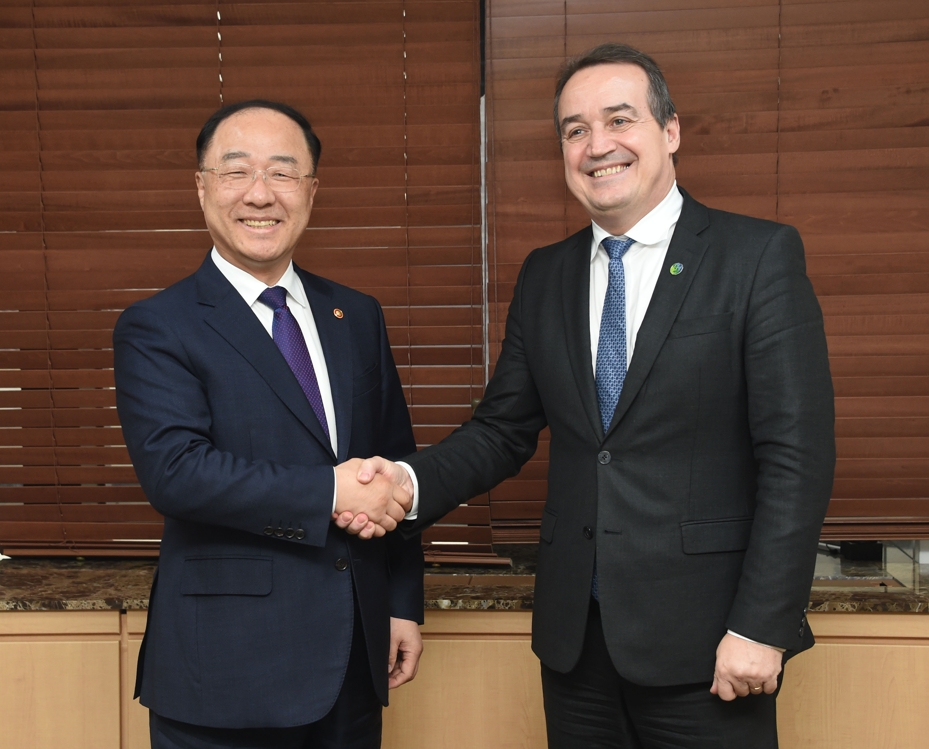 Last month, Asia's fourth-largest economy announced that it would double its contribution to US$200 million for this first round of the replenishment of the fund. Seoul previously contributed $100 million to the Incheon-based organization.

Glemarec expressed appreciation for the move, saying that the increased contribution could encourage other countries to join the replenishment campaign.

The fund -- launched in 2010 -- aims to channel money from industrialized nations to developing countries to help them tackle climate change-related problems.

It has so far received $7 billion from about 40 countries, including South Korea and the United States. The fund is set to open a two-day pledging conference on Oct. 24 in Paris for its first replenishment.

In July, Glemarec said he expects the replenishment to be successful because Germany and Norway have announced they will double their contributions to the fund.

Britain, France, Sweden, Denmark and Iceland have all outlined plans to double their contributions.

In July, the fund approved $267 million in funding for 10 new projects in developing countries to help them deal with climate change.

The 10 new project approvals bring the Green Climate Fund's portfolio to a total of 111 projects, committing around $5.2 billion of the fund's resources to climate action in 99 developing countries.

Hong also said he expects South Korean companies to participate in infrastructure projects in developing countries that are meant to combat climate change.