SEOUL, Oct. 10 (Yonhap) -- The South Korean men's national football team will travel to Pyongyang for a World Cup qualifier against North Korea via Beijing on the eve of the match, the sport's governing body here said Thursday. 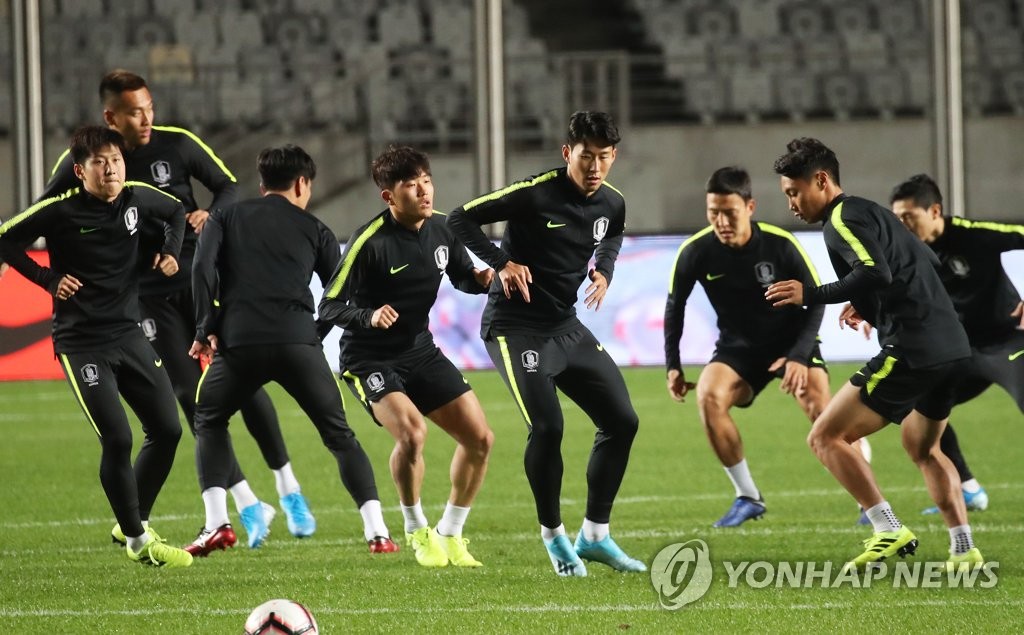 The Korea Football Association (KFA) announced the itinerary for the Taeguk Warriors for the World Cup qualifying match scheduled for next Tuesday. Coached by Paulo Bento, South Korea will fly to Beijing on Sunday and stay there overnight, and then fly to Pyongyang on Monday.

The KFA said it had proposed crossing the border by land, before settling on the Beijing route.

The KFA also said North Korea has yet to grant visits by South Korean pool reporters and broadcasting crew. North Korea's football federation told the KFA, through the Asian Football Confederation (AFC), that authorizing travel by anyone other than football players was outside its jurisdiction.

Earlier Thursday, the unification ministry in Seoul said the highly anticipated match was unlikely to be broadcast live, citing lack of progress in relevant discussions.

S. Korea to travel to Pyongyang for World Cup qualifier via Beijing on match's eve

S. Korea to travel to Pyongyang for World Cup qualifier via Beijing on match's eve