Moon has received an invitation from Japan's parliament to take part in the speakers' gathering, which will be held on Nov. 4 in Tokyo, according to parliamentary officials.

A detailed itinerary is under consultation, they added. It would be Moon's first trip to Japan since he was elected as the speaker in July 2018.

Moon is pushing to meet with House of Representatives Speaker Tadamori Oshima and Akiko Santo, president of the House of Councilors. But nothing has been decided.

He is widely expected to seek a way to resolve strained diplomatic tensions between South Korea and Japan following Tokyo's July imposition of export curbs against Seoul. 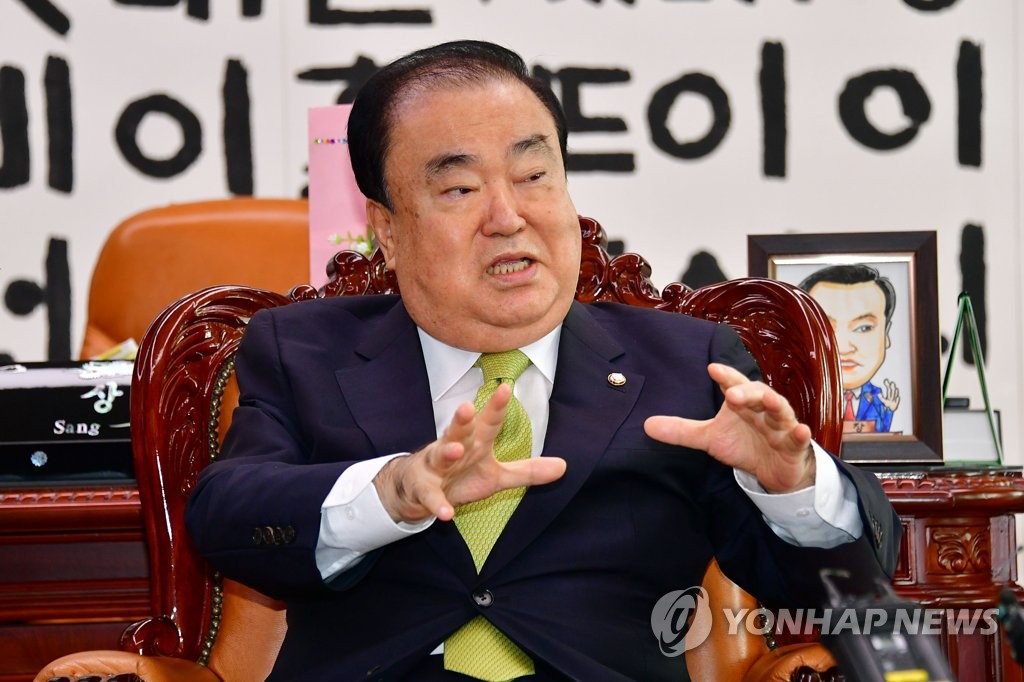 Speaker to visit Japan next month for G-20 parliamentary meeting

Speaker to visit Japan next month for G-20 parliamentary meeting