SEOUL, Oct. 10 (Yonhap) -- President Moon Jae-in will meet with Seoul-based foreign diplomats next week in an effort to seek cooperation to bring about peace on the Korean Peninsula, his office said Thursday.

The chief executive will hold a meeting with diplomatic corps on Oct. 18 at the presidential office Cheong Wa Dae to encourage promoting closer ties, sources said.

It would be the first time that the president would meet foreign diplomats based in Seoul at once.

Such a meeting was held on a regular basis under past administrations. But Moon had to delay it due to his busy schedules such as trips to foreign countries.

Moon is widely expected to ask for cooperation so as to facilitate progress for peace efforts with North Korea.

"The president has repeatedly stressed the need to cooperate with other countries whenever he holds summits with foreign leaders. There will be a similar message this time as well," an official working for Moon said.

Whether Japan's ambassador to South Korea will take part in the meeting will generate attention as bilateral ties remain frosty over Tokyo's export curbs against South Korea.

"The meeting is aimed at offering words of encouragement to Seoul-based foreign diplomats. So it may be difficult to separately meet Japan's top envoy and deliver a message related to bilateral relations," the official added. 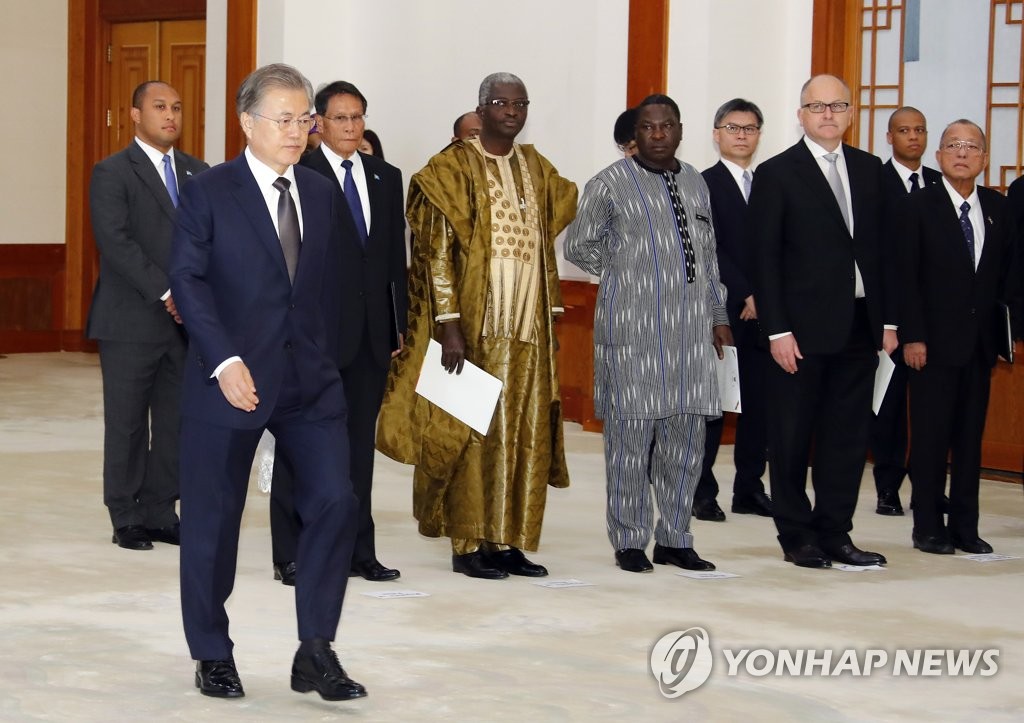 Moon to meet with Seoul-based foreign diplomats next Friday

Moon to meet with Seoul-based foreign diplomats next Friday