HWASEONG, South Korea, Oct. 10 (Yonhap) -- Be it with their feet or heads, be it from a corner kick or on a penalty, South Korea scored every which way in their 8-0 rout over Sri Lanka in a World Cup qualifying match on home soil Thursday.

Striker Kim Shin-wook scored four times at Hwaseong Sports Complex Main Stadium in Hwaseong, Gyeonggi Province, as South Korea picked up their second straight win in Group H in the second round of the Asian qualification for the 2022 FIFA World Cup. 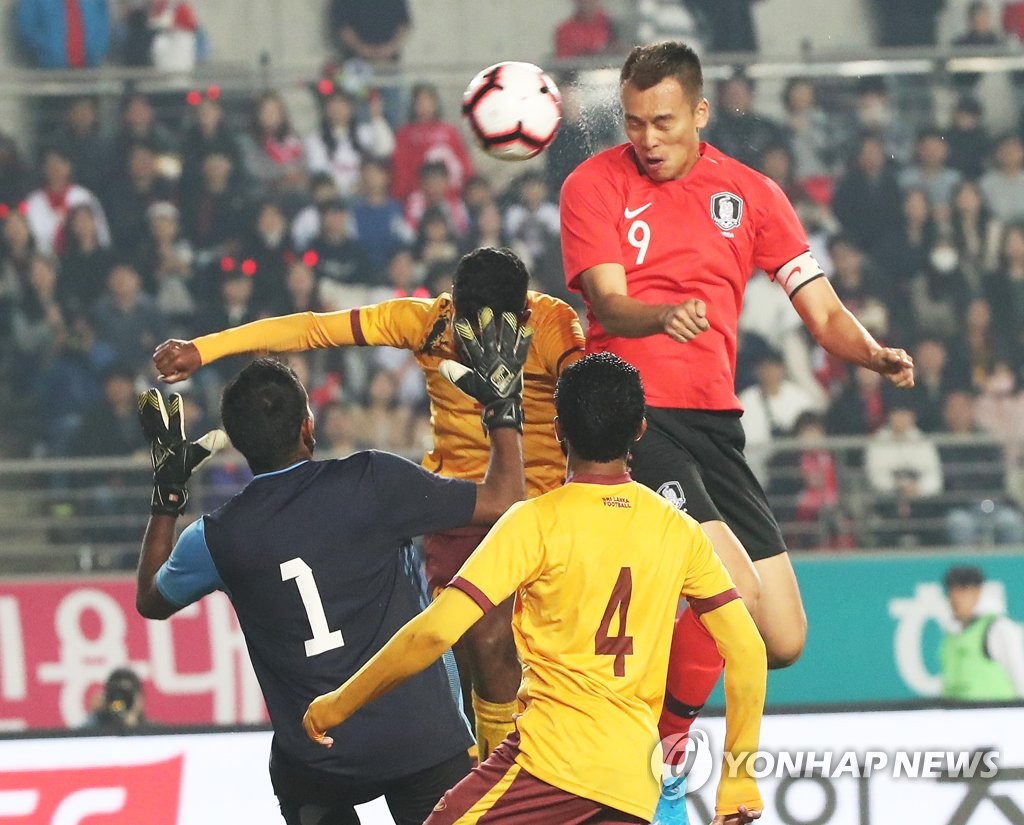 It's difficult to get an accurate gauge of a team's form in such a lopsided match, but if nothing else, finding the back of the net eight times should do wonders for the collective confidence of a team that had been maligned for their inability to finish around the net.

The eight-goal output was the largest on coach Paulo Bento's watch. South Korea had not scored more than two goals in any of their 11 previous matches in 2019.

Kim, the lanky striker at 196 centimeters, made his presence felt in his first start in Bento's regime, scoring two goals with his feet and two with his head. 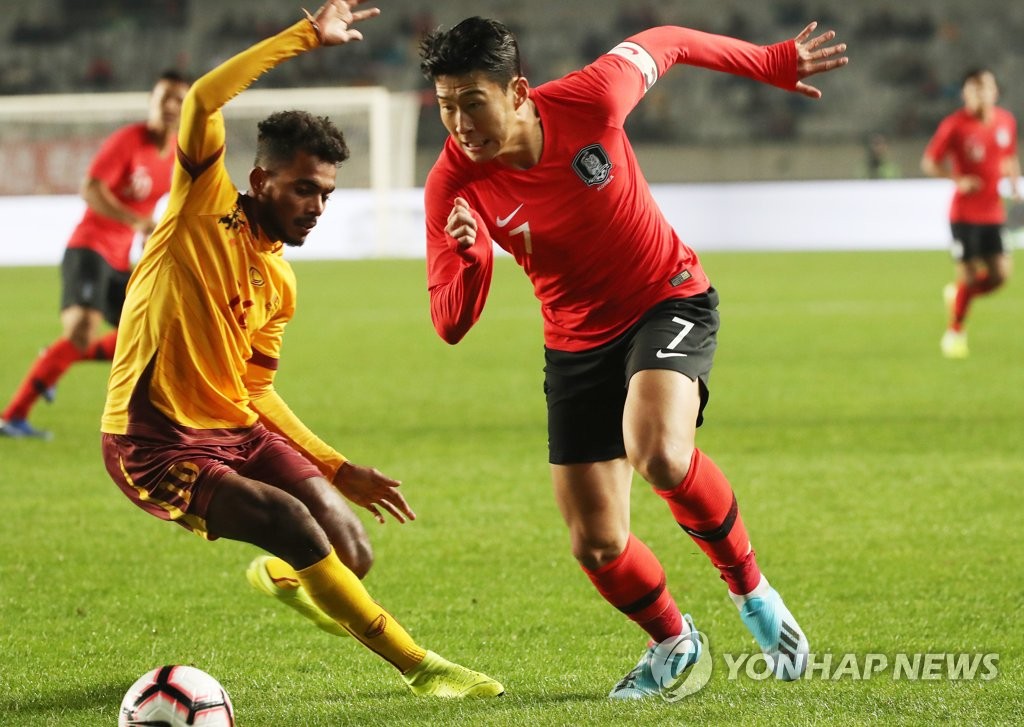 With the overmatched Sri Lanka expected to sit back on defense and crowd their own zone with everyone except their goalkeeper, Kim, who towered over opposing defenders, served as the optimal attacking option.

But in addition to his aerial assault, Kim also showed off his on-ground skills, chipping one over the helpless goalkeeper Sujan Perera after taking a pass from Son Heung-min in the 17th minute.

Kim deflected credit to his teammates for setting him up with great passes.

"I just didn't want to hurt the team, and it's great to get such a big win," Kim said. "Among all the forwards on the national team, I think I am the worst of the bunch. I wanted to step up and do my part, and tried to help out on defense, too."

Coach Bento said he liked what he saw from Kim and added, "Hopefully, he'll continue to make adjustments to our system and build chemistry with his teammates."

Son opened the scoring in the 10th minute and then converted a penalty just before the first half ended. Goals by Hwang and Kwon were the result of some efficient offensive buildup. 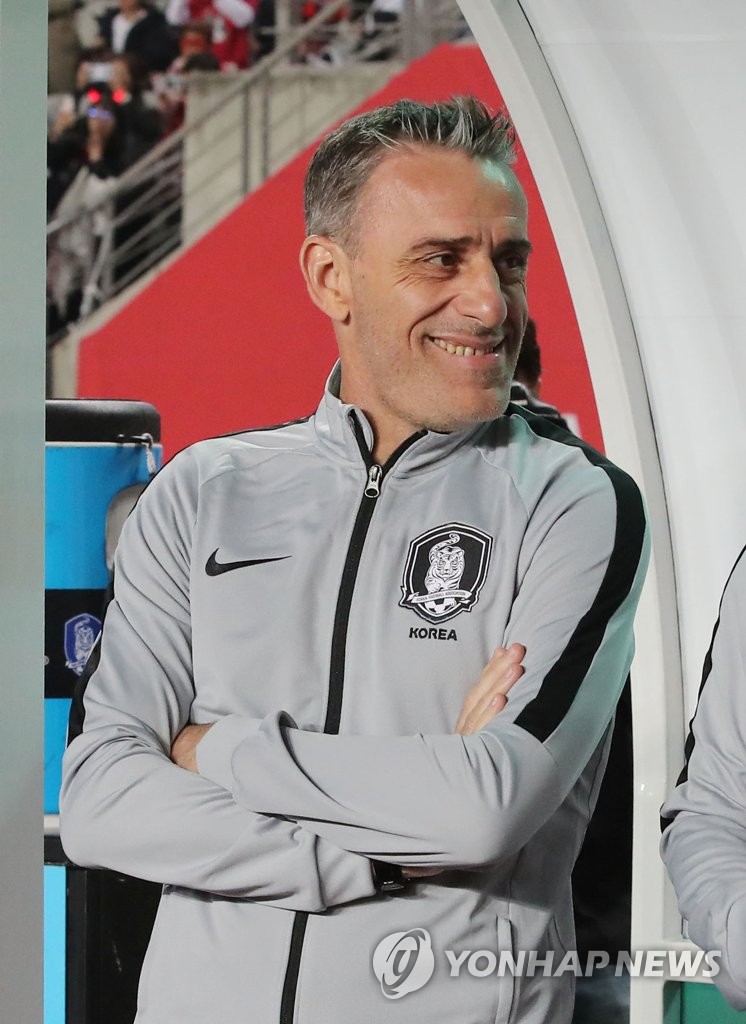 It can be frustrating for players to run into a wall of 10 opposing players every time they look up, but South Koreans methodically picked apart the Sri Lankan defense.

Lee Kang-in, an 18-year-old midfielder, put on some dazzling moves to toy with Sri Lanka and made some spectacular passes that drew oohs and aahs from the crowd. It evoked images of Lee breaking down opposing defenses as an underage star at this year's FIFA U-20 World Cup, where he was named the Golden Ball winner as the tournament's best player.

Fullbacks that have come and gone have been slammed for their inability to send crosses, especially whenever Kim Shin-wook was in the lineup as an enticing target for headers. At least for one night, the two starting fullbacks flipped the script.