Kim "visited the Kumsusan Palace of the Sun with members of the Political Bureau of the WPK Central Committee on Oct. 10, the 74th founding anniversary of the Workers' Party of Korea," the Korean Central News Agency said in an article.

The Kumsusan Palace of the Sun is where the bodies of Kim Il-sung and Kim Jong-il, the current leader's late grandfather and father, are enshrined.

Kim usually visits the mausoleum to celebrate national holidays. Since taking office in late 2011, he has gone there on the occasion of the anniversary of the ruling party's establishment except in 2014, 2016 and 2017.

North Korea marked Thursday's anniversary without much fanfare. Pyongyang usually celebrates such anniversaries with large-scale events, such as a military parade in years that end with zeros and fives.

On Thursday, the North's official newspaper, the Rodong Sinmun, hyped up Kim's leadership and urged its people to unite behind him in building a self-reliant economy and advancing socialism.

The appeal appears to be intended to strengthen internal unity after Pyongyang's working-level denuclearization talks with Washington last week broke down.

Last week's talks in Sweden marked a resumption of nuclear negotiations that had been stalled since the February summit between Trump and Kim, which fell apart as they couldn't meet halfway over how to match Pyongyang's denuclearization and Washington's sanctions relief. 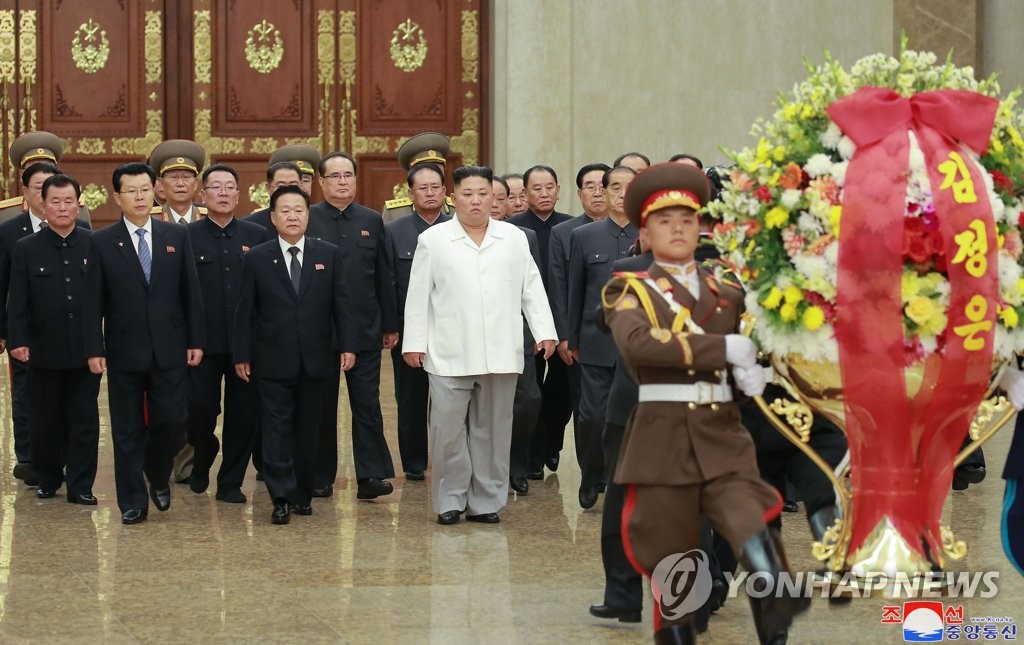