SEOUL, Oct. 11 (Yonhap) -- North Korea's short- and medium-range ballistic missiles represent one of the "ballistic missile threats of most concern" to the United States, along with those from Iran and China, a U.S. congressional report has said.

The assessment is the same as that of the CRS report released in December last year, except the increase in the number of ground-based interceptors (GBIs) deployed in the U.S. from 30 to 44 during the cited period.

The interceptors -- now expanding to 64 -- are aimed at destroying ICBM attacks, including those from North Korea and Iran, it said.

On Thursday, North Korea said such test-firing was part of its right to self-defense, slamming European Union members of the U.N. Security Council for issuing a statement condemning the latest SLBM test.

The United States and North Korea held a working-level meeting last week to resume their denuclearization negotiations after months of a stalemate, but the talks broke off again with the North accusing the U.S. of failing to come up with a new proposal. 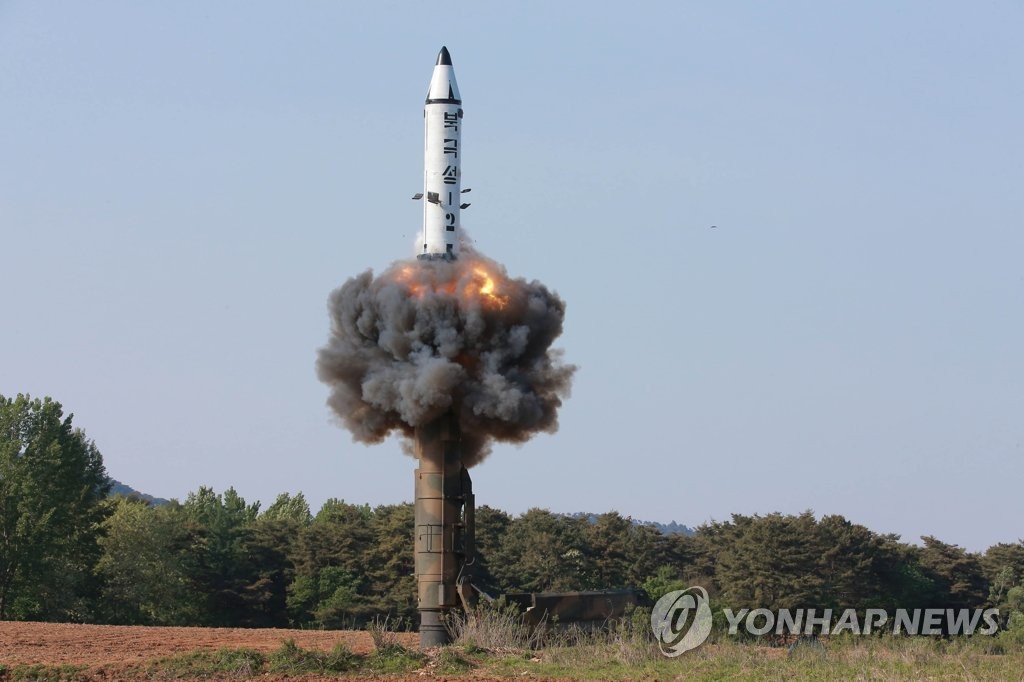