SEOUL, Oct. 11 (Yonhap) -- U.S. President Donald Trump's surprise decision to withdraw his troops from Syria at the risk of the fate of Kurdish allies is raising quintessential questions over whether it could be a foretaste for Washington's future handling of other key allies like South Korea.

Critics said this week's pullout was yet another reminder of Trump's worldview based largely on cost-benefit calculations, which have stirred fears it could guide -- or dictate -- even treaty-bound security partnerships.

The withdrawal has cleared the way for Turkey's attacks on Kurds in northern Syria that had fought alongside U.S. troops in combating Islamic State militants. Ankara has viewed the Kurds as terrorists linked to separatist forces in southern Turkey.

"It is well known that Trump's approach to alliances is transactional, which is different from America's traditional assessment of alliance values and this appears to be in line with his America-first policy," said Nam Chang-hee, professor of international politics at Inha University.

"In light of Trump's somewhat unpredictable move, the implications for South Korea may be that it has to be more careful and prudent in its preservation and management of the alliance partnership," he added. 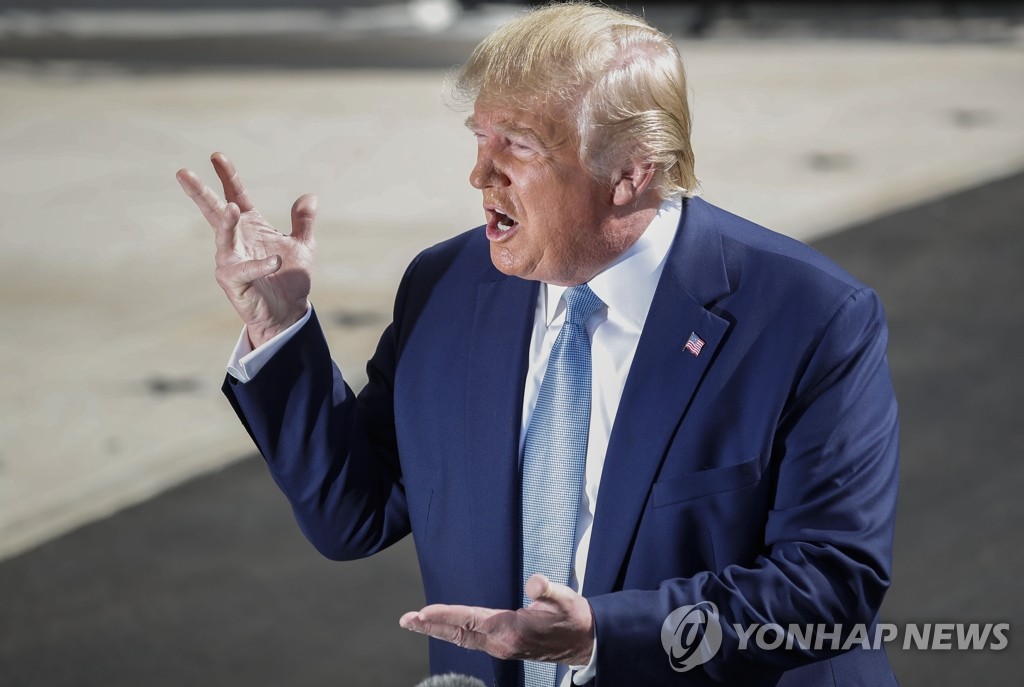 The professor, however, pointed out that it is difficult to draw a parallel between the U.S. relations with South Korea and the Kurds, given the depth and resilience of the "long-standing, institutionalized" partnership between Seoul and Washington, not to mention the strategic interests that the two countries share in promoting peace on the peninsula and beyond.

"The relations between South Korea and the U.S. are tight-knit and multifaceted, not only in the military domain but also in many other sectors," Nam said, noting a slew of coordination and communication channels between the two countries.

"On top of that, the partnership has also forged an identity of its own through combined military trainings and nearly 70 decades of cooperation," he added.

Though Trump's pullout decision blindsided the Kurds, it has been an expected move that appears in tune with his inclinations toward scaling back America's costly overseas military deployments and interventions, particularly amidst an intensifying Sino-U.S. rivalry.

"The Kurds fought with us, but were paid massive amounts of money and equipment to do so. They have been fighting Turkey for decades," Trump tweeted ahead of the troop withdrawal.

"I held off this fight for almost 3 years, but it is time for us to get out of these ridiculous Endless Wars, many of them tribal, and bring our soldiers home," he added.

In recent years, the U.S. has been seen taking the so-called retrenchment policy of reducing global engagement while pressuring its Asian allies -- Japan and South Korea -- to share the burden of maintaining their own and regional security.

The U.S. pullout from Syria also came amid calls from the "realist" theorists of international politics to adopt what they term the off-shore balancing strategy, under which the U.S. opts to engage in overseas conflicts only when its paramount interests are at stake.

"The U.S. policy for now appears to be selective engagement or in part in connection with the off-shore balancing under which the U.S. remains off-shore with its allies playing the primary role in safeguarding their security, and it intervenes in a crisis where their core, vital interests are at stake," said Park Won-gon, professor of international politics at Handong Global University.

A key concern regarding Trump's latest foreign policy decision was whether it could have any implications for his view for the operations of the 28,500-strong U.S. Forces Korea (USFK), a key deterrent against North Korean aggression and symbol of the South Korea-U.S. alliance.

Some observers have voiced concerns that Trump could recalibrate the value of the troop deployment on the peninsula, and that as a result, he could mull a USFK drawdown -- or withdrawal -- and further reductions in costly military exercises here.

Others also raised questions over whether the U.S. could follow through on its commitments under bilateral war plans with South Korea, which stipulate massive deployments of troops and military hardware to the peninsula when its ally is under attack.

But the South Korea-U.S. alliance would not readily wane due to a U.S. head of state's worldview given that his or her decision would be a byproduct of heated strategic discussions in the administration and constantly checked by the Congress, academia and civil society.

"It is hard to say that concerns about a possible weakening of the alliance are totally unfounded, but I don't think that Trump's pullout decision would herald any future abandonment of solid alliance partnerships," said Nam of Inha University.

While some call Trump's foreign policy "unorthodox," questions have also arisen over whether it is only specific to the current president himself and may come to a halt when his term ends. Some observers did not view his policy as merely fleeting trends.

"Many scholars appear to converge on the idea that the U.S. no longer needs to play a role as the world police when it seems inevitable that the world is becoming a multi-polar system no longer dominated by the U.S.," professor Park said.

"The U.S. may think it may need to step in only when there are explicit challengers like China."