Moon has linked his presence at the Oct. 22 event with the Shinzo Abe administration's attitude.

Moon's aides earlier voiced hope for a breakthrough in efforts to resolve the row with a possible meeting between the president and Abe on the occasion of the ceremony to take place at the Imperial Palace in Tokyo.

But the Japanese government has shown no indication of changing tack. For Moon, the political burden is too great and no diplomatic achievement is guaranteed from his attendance at the Tokyo event.

"President Moon is not attending the Japanese emperor's enthronement ceremony," the official said on the customary condition of anonymity. 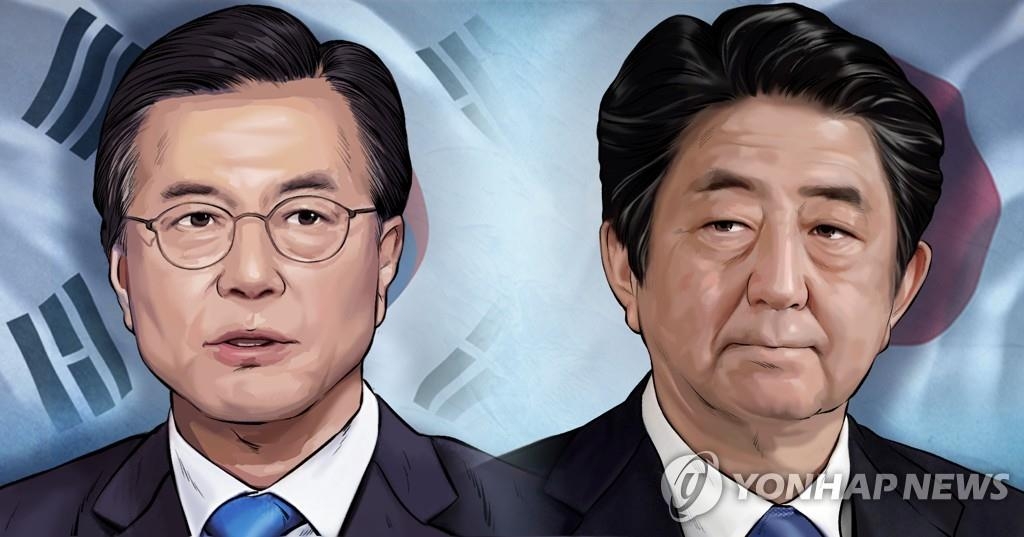 The decision raises the possibility that Prime Minister Lee Nak-yon will attend.

It is still unconfirmed whether Seoul has formally notified Tokyo of the name of its representative.

According to Japanese media, Abe is scheduled to meet around 50 foreign guests who will visit Tokyo for the ceremony.

Abe is reportedly willing to have a brief one-on-one meeting with Lee.

Seoul hit back with its own export control and a series of strongly worded statements against Tokyo.

Moon, however, used his Aug. 15 Liberation Day speech to extend an olive branch. He said, "If Japan chooses the path of dialogue and cooperation, we will gladly join hands."

Japan has remained unresponsive, prompting South Korea to decide not to renew a bilateral accord on exchanging military information. It's slated to expire in late November amid the dimming prospect that the neighboring countries mend fences by then.