A year after trading blows in a playoff battle for the ages, the SK Wyverns and the Kiwoom Heroes will clash once again in the Korea Baseball Organization (KBO) postseason starting Monday.

The Wyverns will have the home field advantage in this best-of-five second round action. Game 1 is 6:30 p.m. Monday at SK Happy Dream Park in Incheon, 40 kilometers west of Seoul. 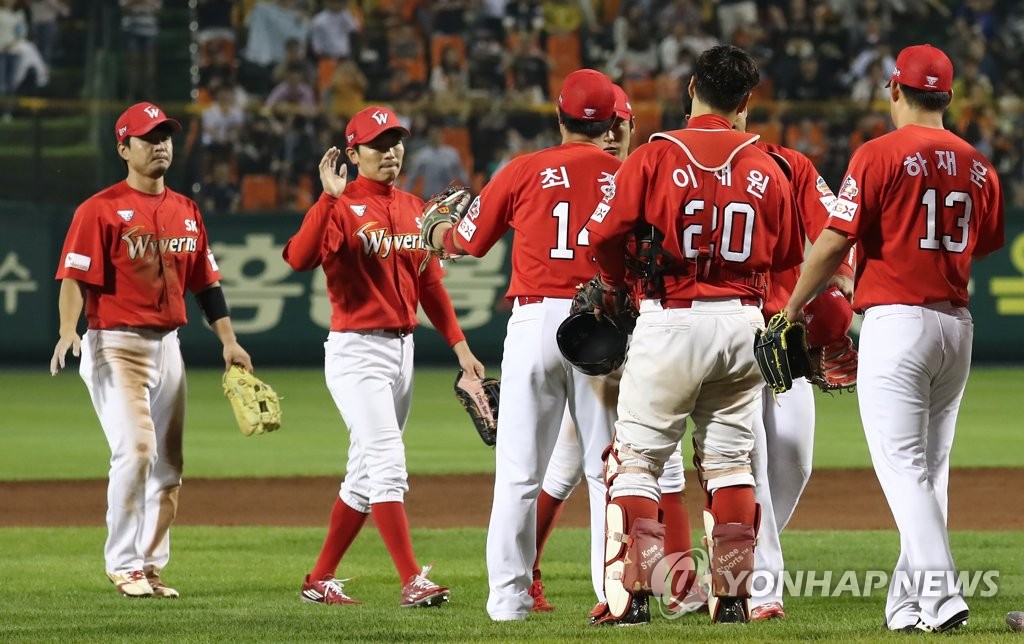 The Wyverns, the 2018 Korean Series champions, earned a direct berth in the second round after finishing the regular season in second place. The Heroes, who finished third in the regular season, knocked off the LG Twins in four games in the first round to reach this stage.

These two teams met in the second round last year, when the Wyverns clinched the series with an 11-10 victory in 10 innings in Game 5. The final score alone doesn't even begin to tell the whole story.

The Wyverns took a comfortable, 9-4 lead into the top of the ninth inning and were one out away from winning the game and the series before the Heroes started clawing back.

The Heroes took a 10-9 lead in the top of the 10th, but the drama was far from finished. Kim Kang-min led off the bottom 10th with a game-tying solo home run, and the next batter, Han Dong-min, battled reliever Shin Jae-young to nine pitches before driving one over the center field for the series-clinching solo shot.

Most of the principal figures are back in the fold this year, which sets up what could be another long series.

The two teams split the season series 8-8. The Wyverns had the best team ERA and most pitching strikeouts in the regular season, while the Heroes had the highest team batting average and scored the most runs. 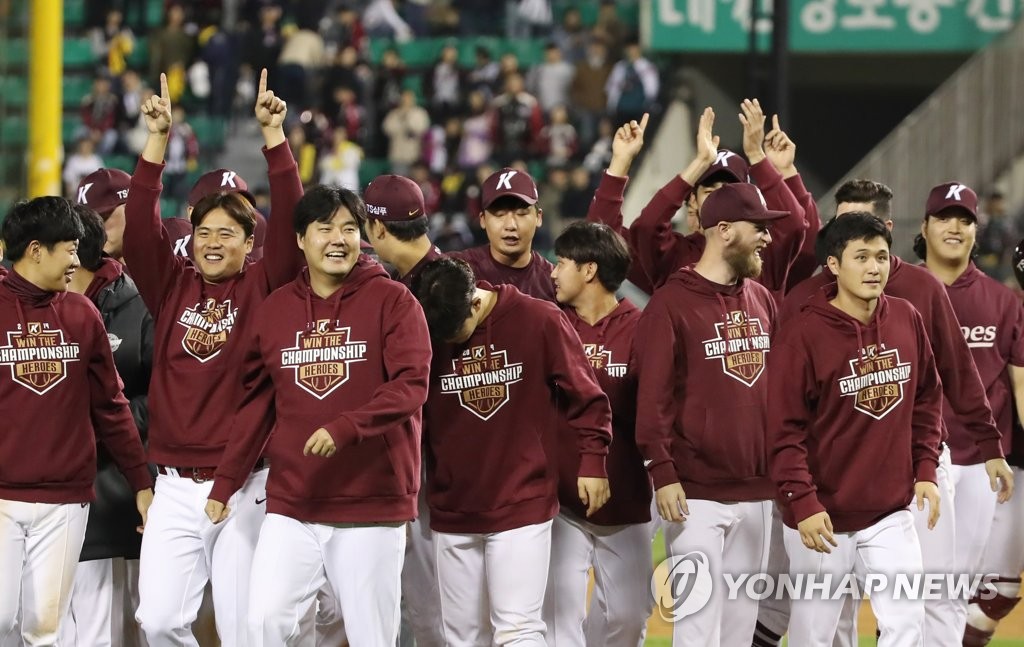 When the KBO adopted a new official ball this season to try to curb an offensive explosion, no team was more affected than the Wyverns. They hit 233 home runs in 2018, the second-highest total by a team in a season behind only the 234 they launched in 2017. But the home run total was halved to just 117 in 2019.

They more than made up for it with stellar pitching, led by the one-two punch of Kim Kwang-hyun and Angel Sanchez. They each won 17 games, with Kim finishing third in ERA with 2.51 and Sanchez fifth with 2.62. Henry Sosa, a mid-season replacement for Brock Dykxhoorn, went 9-3 in 16 starts with a 3.82 ERA.

And though their home run and RBI totals dropped like others across the league, Choi Jeong and Jamie Romak remain dangerous run producers in the heart of the Wyverns' order.

The Heroes boast some of the KBO's top mashers who all had fine performances in the previous round.

Park Byung-ho, the regular season home run king with 33, added three more in the first round en route to earning the series MVP award. He batted .375 in four games against the Twins and had a team-high six RBIs.

Jerry Sands, who led the KBO with 113 RBIs in the regular season, had just one in the first round. But it was the go-ahead run in the seventh inning of the clinching Game 4, and the Heroes will count on Sands to build on that momentum. 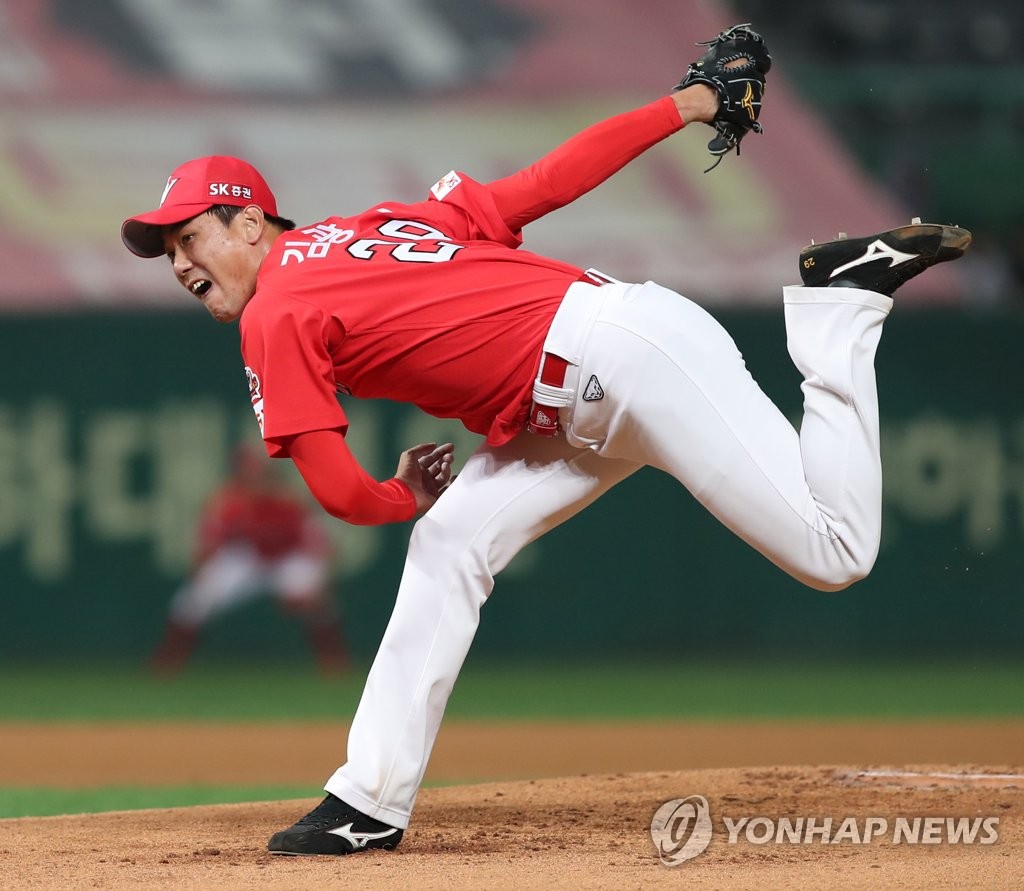 On the mound, right-hander Jake Brigham took a no-hitter into the seventh inning against the Twins in Game 1 on Oct. 6. None of the three starters that followed Brigham made it past the fifth inning, but the bullpen that had the best ERA in the regular season came up huge.

All told, 10 relievers made an appearance in the first round, and they held the Twins to three earned runs in 21 2/3 innings for a 1.25 ERA.

The Wyverns should have an edge in starting pitching, but the hot-hitting Heroes, who have been playing meaningful baseball for about a week while the Wyverns have been idle, can make things interesting if they can get to those starters early.

For the Heroes, the bullpen is clearly their strength, and everyone saw action in the previous round to get postseason jitters out of the way. But if their starters can't pitch deeper into games, their vaunted relief corps could be taxed by mid-series.

There is some history between the two managers. SK skipper Youm Kyoung-youb managed the Heroes from 2013 to 2016, and after he resigned following an early playoff exit in 2016, Jang Jung-suk, then the Heroes' head of baseball operations, took over as manager. 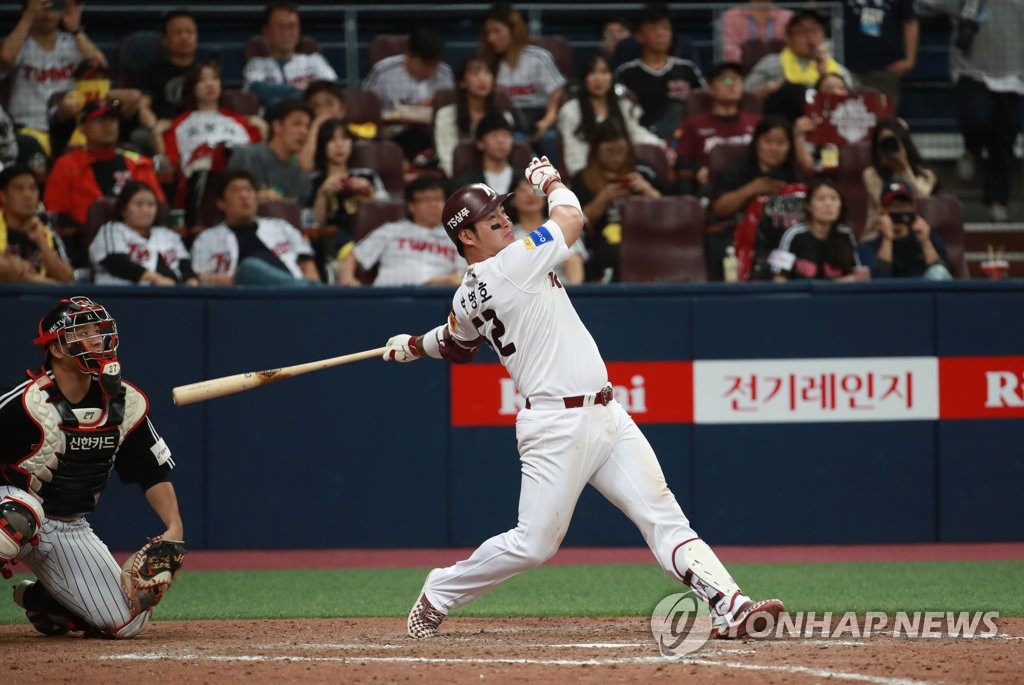