SEOUL, Oct. 11 (Yonhap) -- Supporters of Justice Minister Cho Kuk plan to hold another rally over the weekend to support his drive to reform the prosecution, organizers said Friday, amid a probe into corruption allegations involving his family.

The candlelight vigil, the fourth of its kind, is scheduled to start at 6 p.m. Saturday at the Seocho subway station intersection where the headquarters of the Supreme Prosecutors' Office is located, according to police and organizers.

Participants are expected to denounce the prosecution's widening probe into Cho's family as an attempt to deter his drive to overhaul the elite investigation agency.

Earlier this week, Cho announced a set of measures to reform the prosecution that focus on improving investigative practices and prioritizing human rights.

His supporters are also expected to demand the prosecution unveil its own reform measures to satisfy people's expectations.

Organizers of the rally estimated a massive number of citizens will take part in the demonstration, given that they have tentatively decided it will be the last one.

They claimed the latest one drew 3 million participants. Police have not provided their estimates.

Meanwhile, those who oppose Cho will hold a separate rally in the vicinity of the candlelight vigil.

They plan to call for the minister to be dismissed and for President Moon Jae-in to resign.

The controversy surrounding Cho has effectively divided Koreans into two groups -- those who support him and those who don't -- and prompted them to hold respective rallies in public places to voice their opinions. 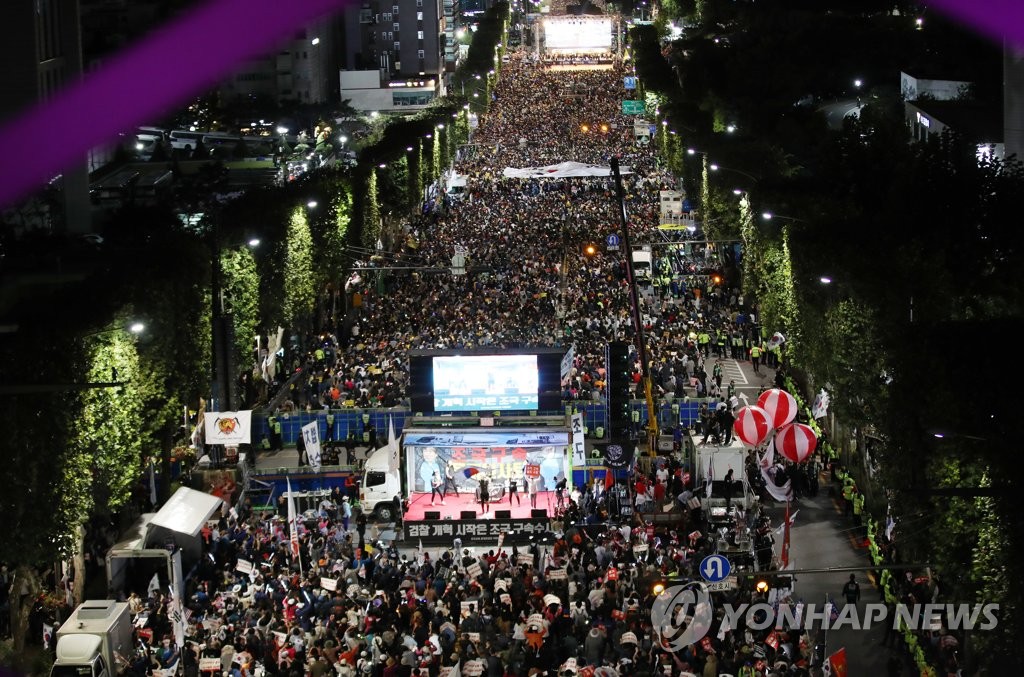 Supporters of justice minister to hold rally over weekend, demanding reform of prosecution

Supporters of justice minister to hold rally over weekend, demanding reform of prosecution