He gave the instruction during a regular policy briefing from Finance Minister Hong Nam-ki, according to Cheong Wa Dae spokesperson, Ko Min-jung.

In the Cheong Wa Dae session, Hong reported to Moon that the health of the country's economy remains "sturdy" in general but recent data point to some negative aspects, Ko said.

The minister, who doubles as deputy prime minister for the economy, said the government will cooperate with local authorities to maximize the spending of available budgets within this year under an expansionary fiscal policy.

Moon agreed that the civilian sector's "vitality" is weakening, coupled with a slowdown in the global economy and stressed that it is the government's responsibility to take effective fiscal measures, Ko said. 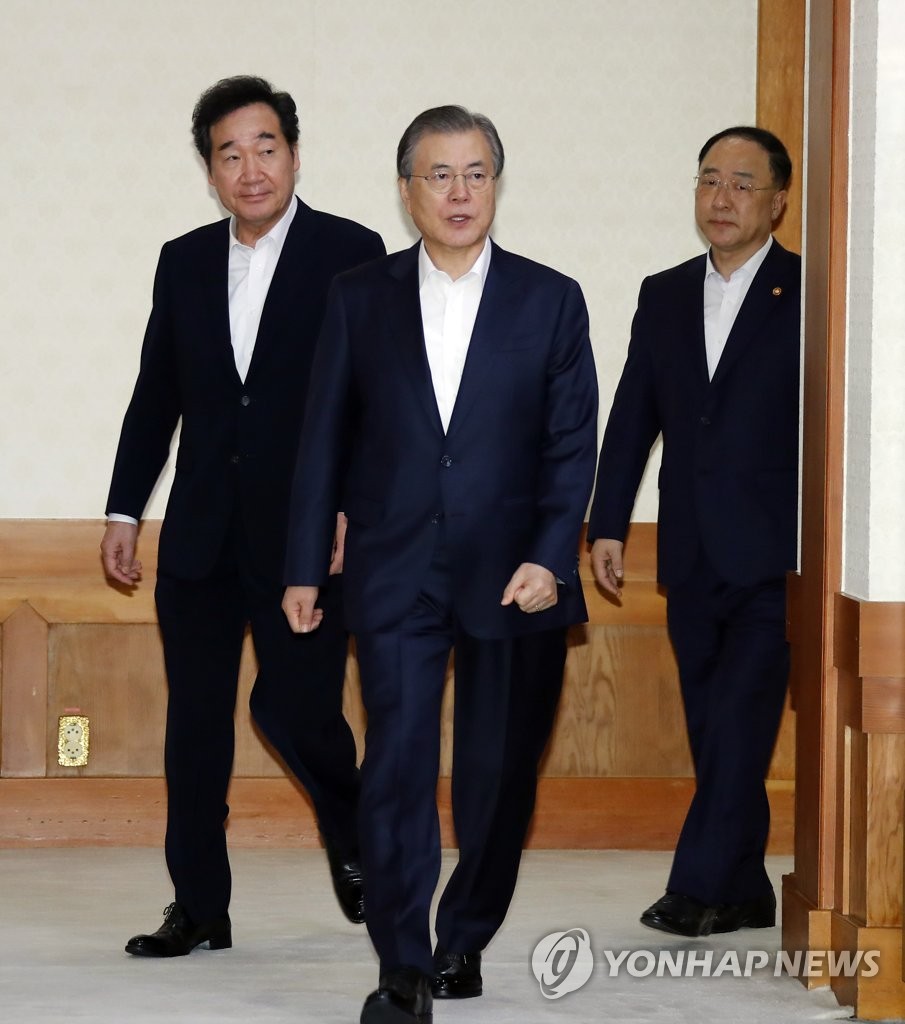 The president called for all necessary preparations for the swift spending of budgets in the first quarter of next year as well.

Moon earlier reiterated that the "fundamentals" of Asia's fourth-biggest economy are strong, drawing criticism from the opposition bloc that he's turning a blind eye to various alarming signals.

With regard to a trade fight with Japan that broke out 100 days earlier, Moon pointed out that his administration and the local business community have coped it with relatively smoothly, Ko added.

Moon said it has become a chance for South Korean firms to begin localizing materials, parts and equipment in earnest or diversify supply channels.

During the meeting, Hong briefed Moon on a plan to form another task force on ways to deal with demographic changes in the country.