SEOUL, Oct. 12 (Yonhap) -- In the summer of 1908, a 37-year-old Hungarian got on a train that crossed the Hangang Railroad Bridge and arrived at Namdaemun Station.

The plaza in front of the station was brimming with morning energy. Gentlemen were dressed in white, while women wearing pale-green veils and Japanese people in sandals walked around busily.

The Hungarian, Dr. Dezso Bozoky, who came to the Korean Empire (1897-1910) as the doctor of the warship Kaiser Franz Josef I, visited numerous spots in the city. His short stay, which lasted just one day, didn't prevent him from exploring Seoul's landmarks, from the royal palace of Gyeongbok to Pagoda Park, the city's first urban park.

Bozoky, whose hobby was photography, snapped the scenery and people he encountered, leaving behind pictures that allow people today to get a glimpse of life in the Korean Empire.

He contrasted the new and old in the empire that had opened up its ports to the world in the late 19th century but still remained conservative and traditional.

One of his pictures shows a group of men in suits and fedoras entering Gyeongbok Palace, while a picture taken on Mount Nam show three men dressed in traditional attire sitting under a pine tree. 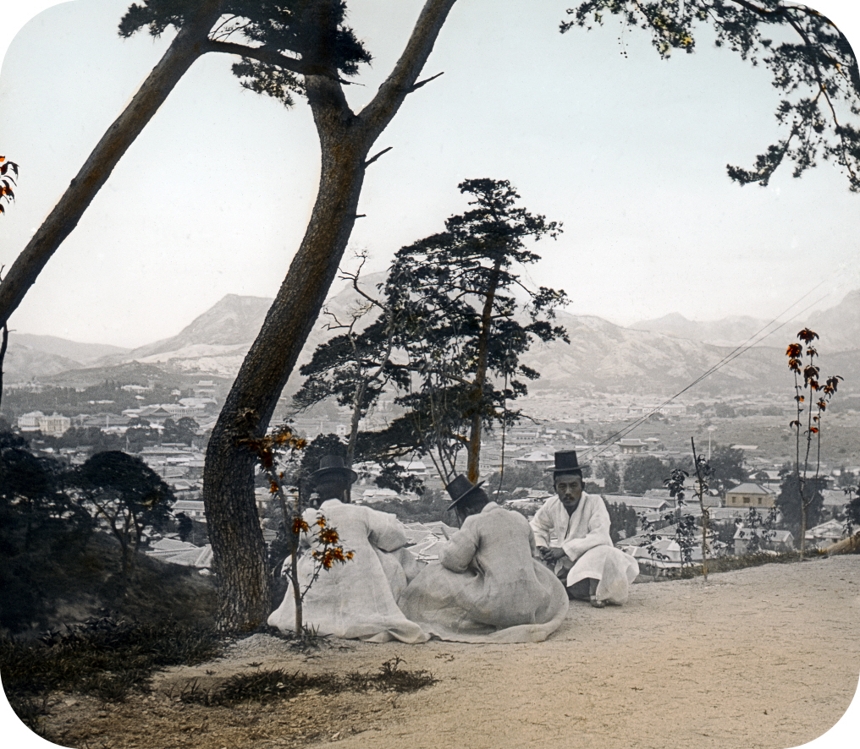 He also observed and wrote about the ambience of the empire that would soon come under the 1910-45 Japanese colonial rule.

"The throne room will now be empty and no more than the footsteps of my kind of tourist in the deserted corridors. Today, Japanese diplomats in European hats and saloon jackets are managing the country's fate in the modern steam-heated imperial palace," he wrote of Gyeongbok Palace. "The area around the lotus lake is slowly being overtaken by the weed which reminds me of death."

His journey, which extended to the western port city of Jemulpo, now known as Incheon, and the southern port of Busan, generated further vibrant pictures of life by the sea. 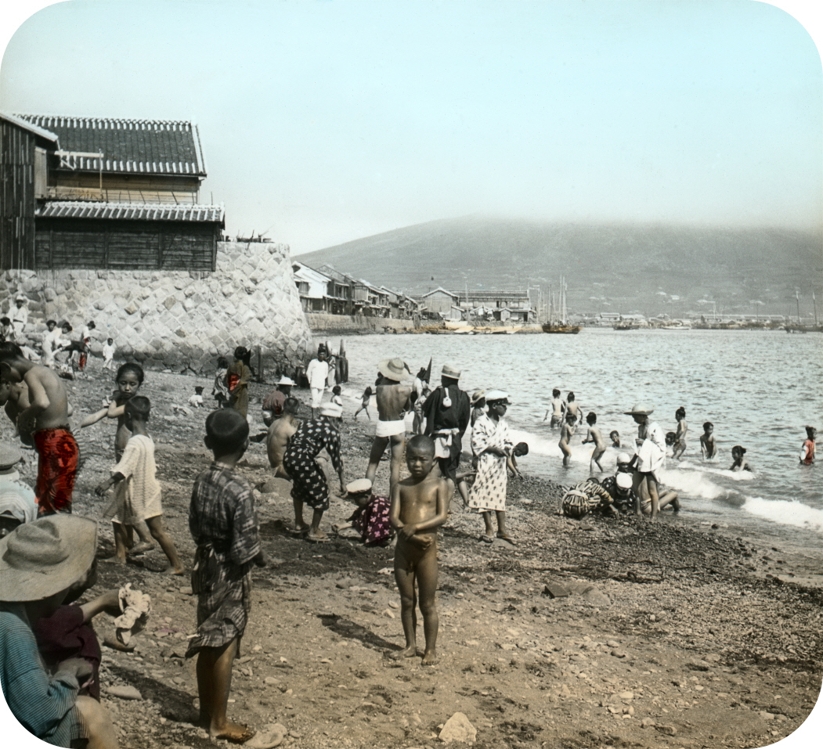 A snapshot of Jemulpo shows street sellers chatting with passersby, while a seaside photo shows children of various ages frolicking on a stony beach.

Bozoky later compiled the book "Two years in East Asia," a collection of his own photos and travel writing, as well as photos, diaries and letters he purchased in the region.

Some of the pictures, which had been kept at the Ferenc Hopp Museum of Asiatic Arts in Budapest, Hungary, are on display at the Seoul Museum of History to celebrate 30 years of diplomacy between South Korea and Hungary.

The photos will be on display until Dec. 1. Admission is free.