SEOUL, Oct. 13 (Yonhap) -- South Korean battery makers such as No. 1 player LG Chem Ltd. are likely to deliver weaker-than-expected earnings for the third quarter due to weak performance in their chemicals and battery business sectors, industry sources said Sunday.

LG Chem, the country's top chemical firm, is expected to have logged an operating income of 351 billion won (US$296 million) during the July-September period, 42 percent down from a year earlier.

LG Chem's weaker-than-expected performance is due to an ongoing energy storage system (ESS) debacle. LG Chem's ESS products have caught fire and sales have been suspended for months.

Another battery maker, Samsung SDI Co., is widely expected to have posted earnings below what the market predicted. Its operating income for the third quarter is estimated at 208 billion won, down 14 percent from a year earlier.

SK Innovation Co., a latecomer to the battery business and also the country's No. 1 refiner, may report 335 billion won in operating income for the July-September period, more than halving from a year earlier.

"SK Innovation may log weak refining margins during the third quarter and its inventory loss may have weighed on its bottom line," an industry source said. 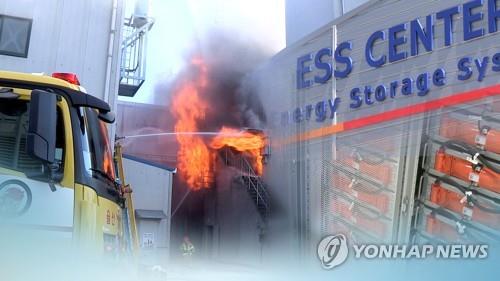