SEOUL, Oct. 13 (Yonhap) -- South Korean Prime Minister Lee Nak-yon is scheduled to visit Tokyo next week to attend the Japanese emperor's enthronement event, his office said Sunday, in what is seen as a move to mend soured relations between the two neighbors.

Lee will visit Japan from Oct. 22-24 for the ceremony, according to a statement by the prime minister's office. His itinerary includes the enthronement event on Oct. 22 followed by a banquet hosted by Japanese Prime Minister Shinzo Abe on Oct. 23.

The prime minister's office also said Lee will meet with "key officials in Japan's political and business circles" and will host a meeting with Korean residents and immigrants in the country.

The decision had raised the possibility that Lee will instead attend the ceremony. 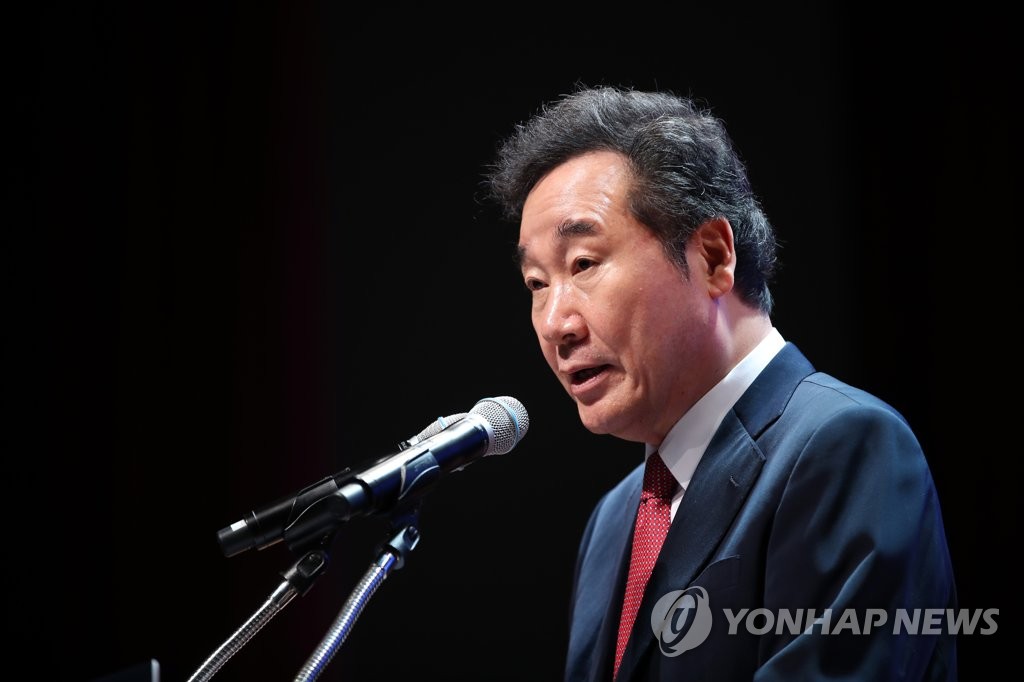 Lee's visit is widely seen as a move that may thaw relations between the two countries following a year of friction.

"Seoul has done everything it can do to improve Korea-Japan relations," a Cheong Wa Dae official said in a phone interview with Yonhap, "(We) hope (the visit) can help improve ties."

Seoul and Tokyo have been mired in a trade war after the South Korean Supreme Court ordered Japanese firms to compensate South Korean victims of forced labor during Japan's 1910-45 colonial rule of the Korean Peninsula.

Japan launched export curbs against South Korea in early July in apparent protest at the Moon Jae-in government's handling of the historical dispute.

Seoul hit back with its own export control scheme and a filing to the World Trade Organization over Japan's export regulations.

The two countries' clash has extended to areas beyond trade. In August, Seoul announced it will end the General Security of Military Information Agreement (GSOMIA).

GSOMIA, the first military pact between the two key American allies following Korea's 1945 liberation from Japan, is regarded as an important mechanism for security cooperation between Seoul, Washington and Tokyo.

If Lee meets his Japanese counterpart during the ceremony, it will mark the first high-level talks between the two countries since the row broke out.

Japanese media have reported that Abe is scheduled to meet around 50 foreign guests who will visit Tokyo for the ceremony. Abe is reportedly willing to have a brief one-on-one with Lee.

Both Lee and Abe attended the United Nations General Assembly in New York in late September but failed to hold talks.

However, some were cautious about predicting any tangible, fruitful outcome of Lee's visit.

"(Lee's visit) for the enthronement event is different from official talks where both sides come together with measures to solve an issue," another Cheong Wa Dae official said.

"It would be good if the prime minister's visit proves to be an optimistic event for Korea-Japan relations, but it's too early to forejudge the results."

The South Korean prime minister is known as a relatively pro-Japanese figure.

Lee, who speaks fluent Japanese, previously served as a Tokyo correspondent while working as a journalist. He is also known to have an extensive network among Japanese officials.