SEJONG, Oct. 13 (Yonhap) -- South Korea's economic growth is expected to continue to lose momentum, according to the latest indicator from the Organization for Economic Cooperation and Development (OECD), as trade tensions weighed on the global economy.

The OECD's monthly composite leading indicator covering its member states fell 0.04 percentage point to 99.06 in August, hovering below 100 for the 20th straight month. A figure below the benchmark signals an economic slowdown.

The August indicator was the lowest level since September 2009, when it stood at 98.68 amid a global financial crisis.

It was the longest monthly decline for South Korea since January 1990, when the OECD began compiling the indicator.

South Korea's export-reliant economy is grappling with the lengthy trade war between the United States and China and slowing global growth. 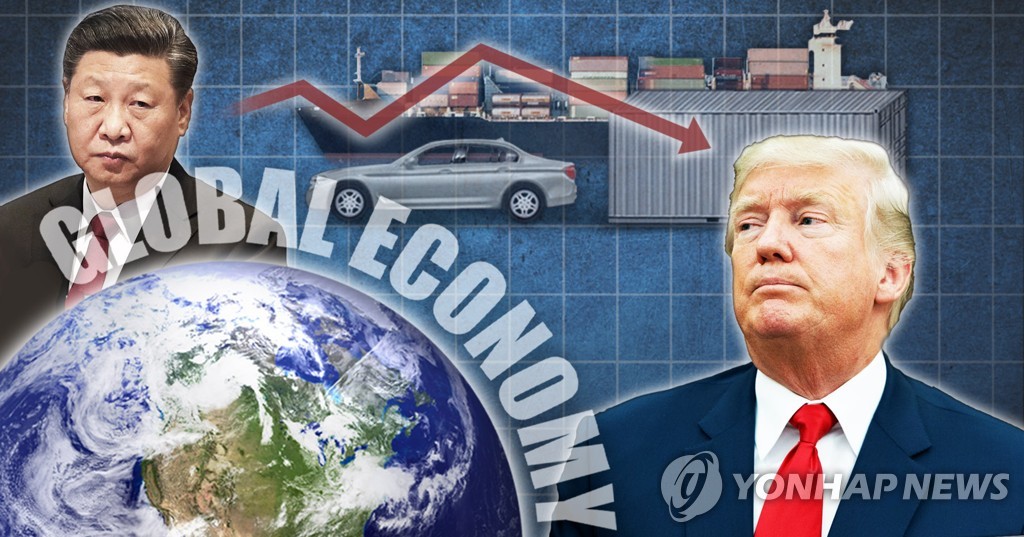 Last month, the OECD slashed its growth outlook for South Korea's economy this year to 2.1 percent from its previous forecast of 2.4 percent in May.

The Bank of Korea also trimmed its growth outlook for Asia's fourth-largest economy to 2.4 percent from 2.6 percent due to increased downside risks.

South Korea's Finance Minister Hong Nam-ki said last week that the nation is unlikely to achieve its growth target this year as exports have slowed amid the ongoing trade conflict between the U.S. and China.

The nation's economy unexpectedly contracted 0.4 percent in the first quarter of the year from three months earlier, before rebounding 1 percent on-quarter in the second quarter.
(END)