SEOUL, Oct. 13 (Yonhap) -- More than 95 percent of South Korean teenagers own smartphones and they spend more than 2 hours on the devices per day, a report showed Sunday,

According to the report from the state-run Korea Information Society Development Institute, the smartphone penetration rate for middle-school students stood at 95.9 percent in 2018.

The rate for high-school students came to 95.2 percent, compared with an overall smartphone penetration rate of 87.2 percent.

In comparison, people in all age groups spent an average 1 hour and 53 minutes on smartphones, the report showed.

Mobile messaging apps, including Kakao Talk, were the most popular services among teenagers. 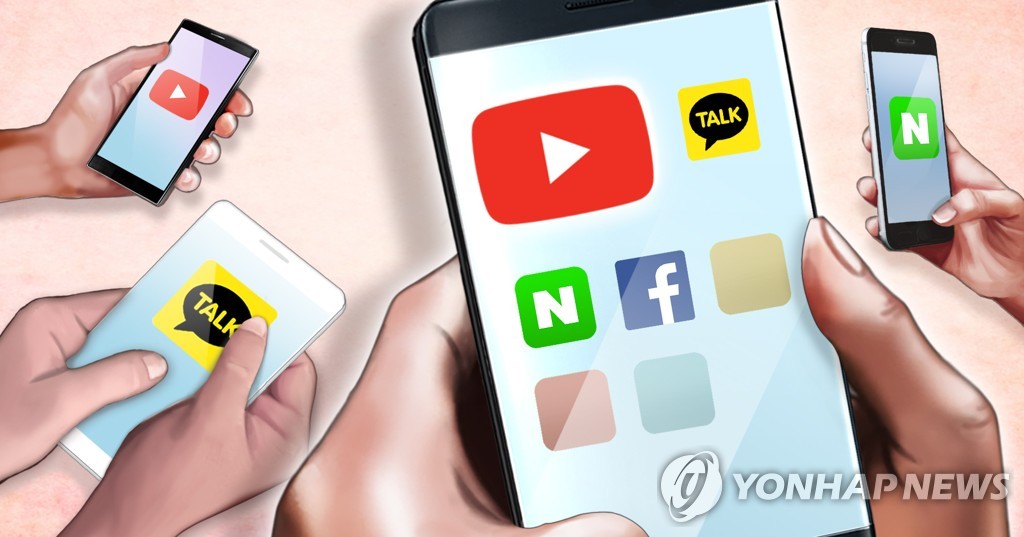