Around 75.2 percent of the country's regular rail services were in operation, according to the Korea Railroad Corp. (KORAIL) and the Ministry of Land, Infrastructure and Transport.

KTX bullet trains were operating at 68.2 percent of the normal level, while Saemaeul and Mugunghwa trains were at around 59.5 percent and 62.5 percent, respectively.

Cargo services were most affected, with only 36.4 percent of the trains in service compared to the usual level. 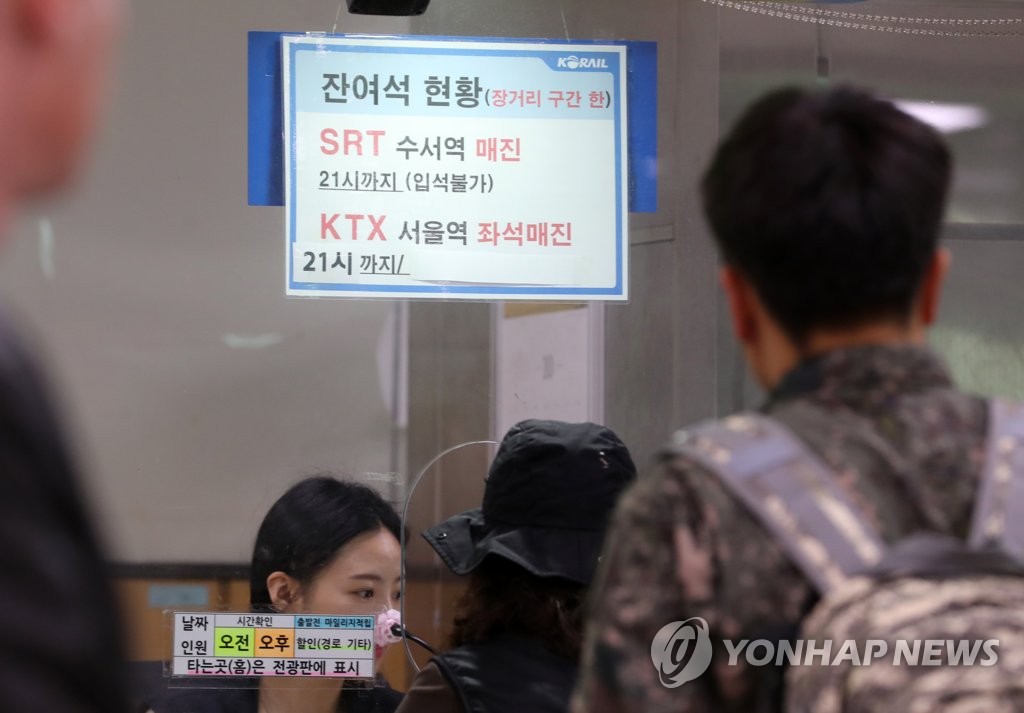 Passengers can check revised train schedules at major train stations across the country. Information is also available on the KORAIL web site.

They began the 72-hour strike at 9 a.m. Friday, and it is expected to end at 9 a.m. Monday. It is the union's first strike in three years, following one between September and December 2016.