To that end, the government plans to launch R&D projects on 80 core items next year, according to Lee Ho-seung, senior presidential secretary for economic affairs.

It will also revise an enforcement ordinance to expand tax deductions for new growth engines and original technologies, he said.

"(We) will push patiently and consistently for the strengthening of materials, parts and equipment regardless of a change in relations with Japan," Lee said at a press briefing. 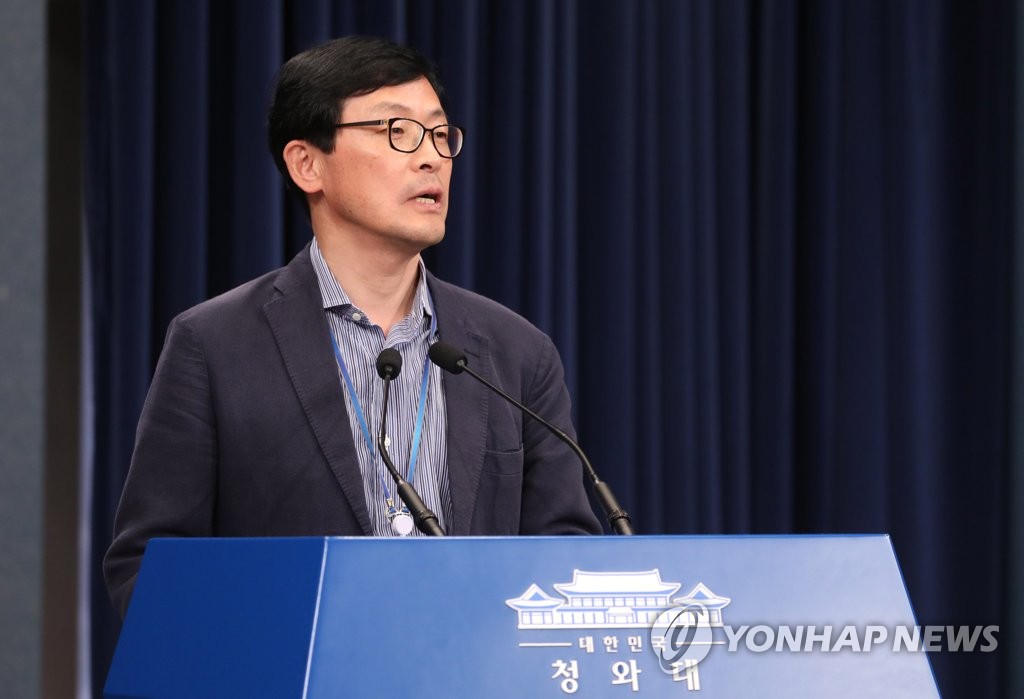 It came hours after an announcement that Prime Minister Lee Nak-yon will visit Tokyo next week for a ceremony proclaiming the enthronement of Emperor Naruhito. He's expected to hold a brief one-on-one meeting with Prime Minister Shinzo Abe as well.

The Northeast Asian neighbors have been locked in escalated political standoffs since Japan toughened export restrictions against South Korea in early July in retaliation for Seoul's handling of a compensation issue associated with Tokyo's imperialistic past.

It served as a wake up call especially for South Korea's conglomerates, which had relied heavily on the supply of key materials and components from Japan.

With 100 days having passed since Japan's launch of the trade war, however, South Korean officials say their country has coped with it relatively smoothly.

They are emboldened by local firms' efforts to diversify supply routes and develop their own technologies.

"From my standard, I think (we) should keep making (such efforts) for around 1,000 days, or three years," and then conclude that Japan's export curbs have become an opportunity eventually for South Korea to enhance its industrial competitiveness, the Cheong Wa Dae official said.

The government is moving to introduce a quota tariff system, before the end of this year, for materials imported from "alternative" nations.

A special bill is pending at the National Assembly on fostering South Korea's materials, parts and equipment field.

President Moon Jae-in openly urged relevant authorities to step up "communication" with lawmakers so that it can pass the parliament at an early date.

Regarding the prime minister's upcoming Japan trip, meanwhile, a Cheong Wa Dae official told reporters that "it's clearly meaningful in that it could raise the level of dialogue and broaden its scope."

But it's premature to predict the specific outcome of his visit in terms of the trade issue, as closer prior consultations are necessary between the two sides for the "full recovery" of their trade ties. Besides, Seoul and Tokyo are in the early stage of the World Trade Organization (WTO) process of settling the dispute.

The official also stressed the importance of legislating the expansion of flexible working hours to minimize negative effects of a 52-hour workweek system amid strong protests from labor circles.

"A big challenge is looming that each company is unable to resolve on its own," he said. "It can't afford (the situation) unless labor and management work together."