SEOUL, Oct. 14 (Yonhap) -- Born in Canada, Brock Radunske spent a decade of his professional hockey career in South Korea, and half of that as a naturalized Korean citizen.

Multiple professional club titles, five world championships and an Olympic appearance later, the 36-year-old, now retired from hockey, says he'll always have a special spot in his heart for his adopted country.

"I am happy that I was able to be a part of a very important time in Korean hockey," Radunske told Yonhap News Agency in an interview Sunday. "I'll always remember my time here." 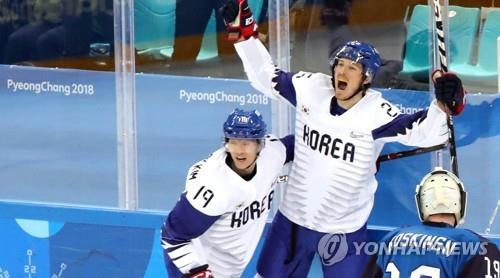 Radunske, a former third-round draft pick by the Edmonton Oilers in 2002, joined the South Korean team Anyang Halla in the Asia League Ice Hockey before the 2008-2009 season. The high-scoring forward won the league MVP and scoring title in his first season, and retired last year after compiling 195 goals and 290 assists in 352 career ALIH games.

Radunkse was in South Korea over the weekend to attend the retirement ceremony Anyang Halla threw for him Saturday. Radunske said the team played a tribute video that "brought back a lot of memories" and was grateful for the team's recognition of his contribution.

Radunske was fast-tracked to South Korean citizenship in 2013, with the country hoping to improve its men's hockey program before hosting the 2018 Winter Olympics. Radunske was the first of a handful of foreign-born athletes to be naturalized as South Koreans ahead of the Olympics, and he went on to represent the adopted country at five world championships and one Olympic Games. 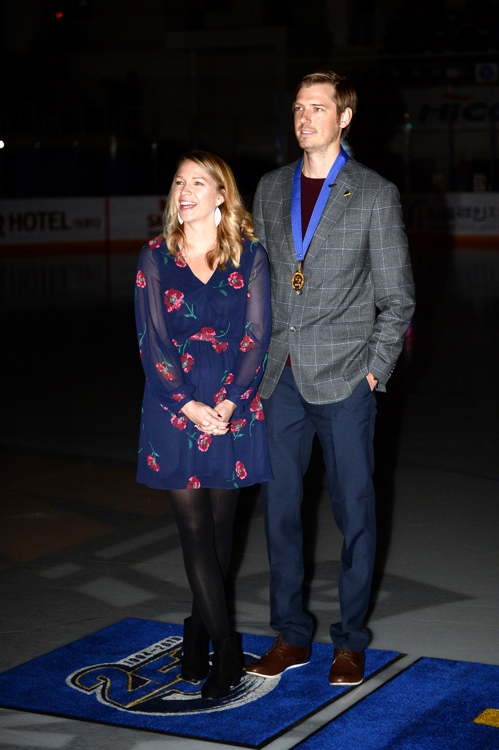 Asked what he'd remember the most about his time in South Korea, Radunske spoke of the bond he had with his South Korean players on the national team, most of whom had also played with Radunske on Anyang Halla.

"It's not so common in sports for a team to stay together for so long, and we went through a lot together," Radunske said. "To go through the journey together, to have the Olympics as the final goal, and to have that focus and to commit to that journey was a unique experience for an athlete. It was also a unique experience for myself to have the chance to play international hockey and represent a country. I'll always be proud of those accomplishments." Radunske had already played in South Korea for a few years when the opportunity to obtain a South Korean passport came up in 2013. He said he had seen Canadian athletes move to other parts of the world to pick up second passports and compete for their adopted countries, and he looked at donning the South Korean jersey as "an incredible opportunity."

Radunske, who played collegiate hockey at Michigan State, said he has kept his ties with hockey in Michigan, doing some skills training and coaching high school players. He's also working with kids who have learning disabilities at a children's center.

Radunske dealt with injuries in his final years on the ice and battled back from a hip injury to make the Olympic team for 2018. He led South Korea with a goal and an assist for two points but later in the same year, he felt he'd hit a wall.

"I wanted to keep going, but it was getting to a point where it was a good time to step away from the game," Radunske said. "It was just that I was playing through a lot of pain. And then the quality of your life starts to go down because it's very difficult mentally to be playing hurt. All athletes sometimes have to play at 90 percent or 80 percent because it's part of the game. But I was getting to a point where it was getting a little bit too low for me to be comfortable." 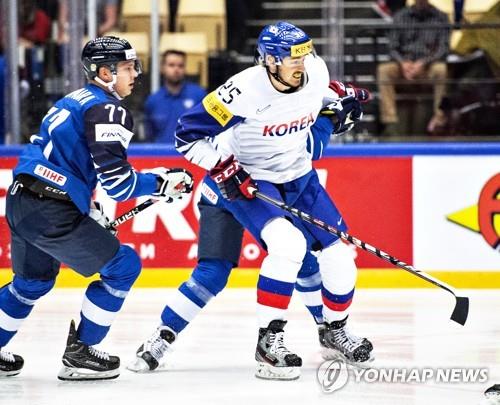 Radunske admitted he missed hockey "a lot" last year, adding, "The first year is hard for any athletes after they retire."

He said he is "always open" to opportunities to help South Korean hockey down the road, saying the country "has been very kind to my family."

And as he closes one chapter in South Korea and looks to start writing a new one elsewhere, Radunske said he'd like to be remembered as "someone that loved the game of hockey and loved coming to the rink, and wanted the best for teammates.

"I wanted (my teammates) to get better to be a part of the winning team," he said. "As I developed my career, I realized the importance of different roles and different, valuable members of the team. I just really tried to give players confidence that we could be a great team."