The self-titled, seven-track album debuted at No. 1 on the Billboard 200, about two weeks after its official release in early October.

The band, formed jointly by South Korea's biggest music label SM Entertainment and U.S.-based Capitol Music Group, made its U.S. debut on the outdoor stage of Capitol Records Tower in Hollywood on Oct. 5.

SuperM's No. 1 on the Billboard 200 is the first such feat, after K-pop band BTS scored its third No. 1 on the same album chart with its "Map of the Soul: Persona" in April. 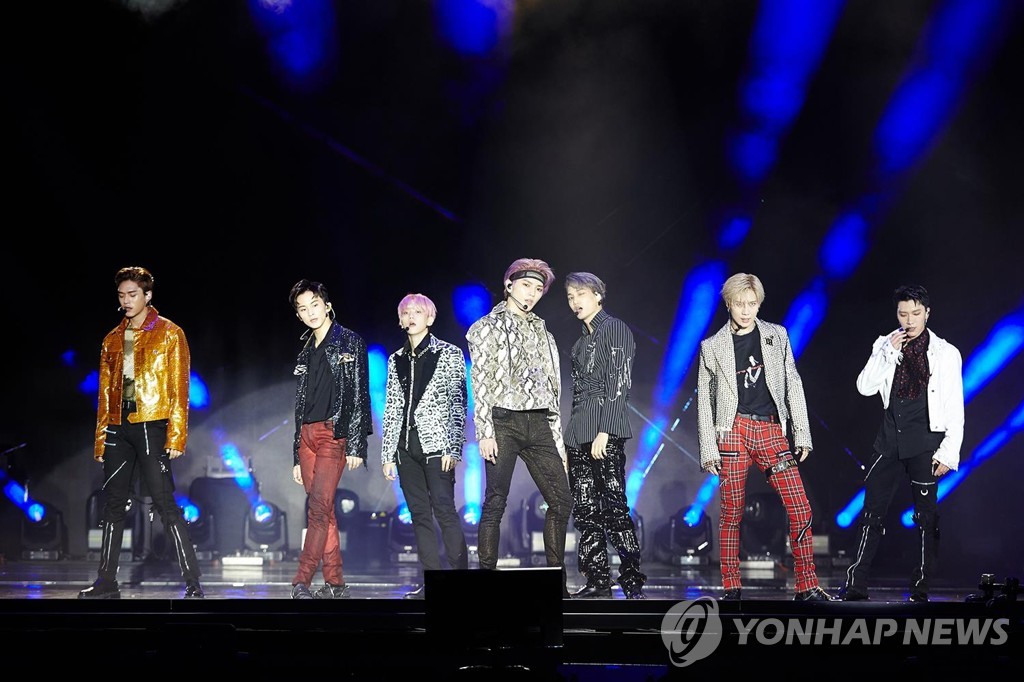