South Korean LCCs are currently leading the Northeast Asian commercial aviation market, accounting for 65 percent of the entire LCC capacity in the region, Randy Tinseth, vice president of commercial marketing for Boeing, said in a press conference held in Seoul.

"Over the past 10 years, the number of LCCs in the region has tripled, resulting in capacity growth of more than six times. But more importantly, the rapidly expanding LCCs have connected 231 airport pairs, which is 18 times what it was a decade ago," Tinseth said. 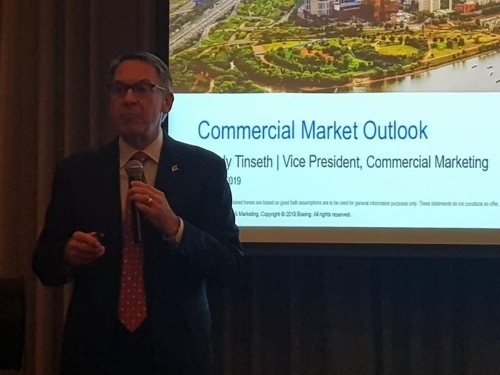 The Northeast Asian market is a "strong, substantial and mature" market with a higher propensity to travel. The number of LCCs in the region jumped to 15 as of September 2019 from only five a decade ago, he said.

Fueled by higher demand for LCCs together with the need for the region's full-service carriers to renew their fleets, Boeing expected that Northeast Asia will require 1,420 new airplanes valued at US$315 billion over the next 20 years.

"More than 70 percent of all new deliveries in Northeast Asia over the next 20 years will be for replacement," Tinseth said.

"Transpacific long haul routes have long served this market, but today we are seeing a shift to more point-to-point travel, with higher frequencies within Asia. In fact, over the next 20 years, intra-Asia traffic flows will account for more than 70 percent of Northeast Asia's total passenger traffic."

Worldwide, Boeing forecast airlines will need a total of 44,000 new airplanes valued at $6.8 trillion in the next two decades.

Asked about Boeing's efforts to return the B737 Max to service, Tinseth reiterated an apology to customers for all the disruptions caused by delayed deliveries.

The U.S. aircraft maker is seeking to start delivering delayed B737 Max aircraft to its customers in the fourth quarter of 2019, he said.

Boeing is in the process of addressing the plane's software and hardware, working very closely with regulators around the world and putting a top priority on the B737 Max's "safe return to flights," the executive said.

In March, the Seoul government banned all B737 Max aircraft from its airspace due to safety concerns and said it will keep the restriction "until further notice" from the U.S. Federal Aviation Authority.

The decision came after President Donald Trump said the U.S. would ground B737 Max jets after Europe and other countries ordered a halt to operations due to safety worries.

In Korea, national flag carrier Korean Air Lines Co. and three low-cost carriers ordered the B737 Max plane or already have it in their fleet. 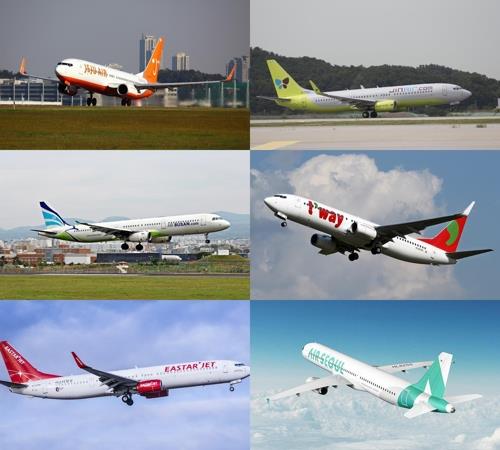