SEOUL, Oct. 14 (Yonhap) -- South Korean Justice Minister Cho Kuk, who was widely seen as the key man to push ahead with the president's prosecution reform drive, announced his resignation on Monday.

"I was mere 'kindling' for reforming the prosecution. My role as 'kindling' has come to an end," Cho said in a statement.

The surprise announcement comes roughly a month after Cho, who previously served as a senior presidential aide for civil affairs, was appointed justice minister. 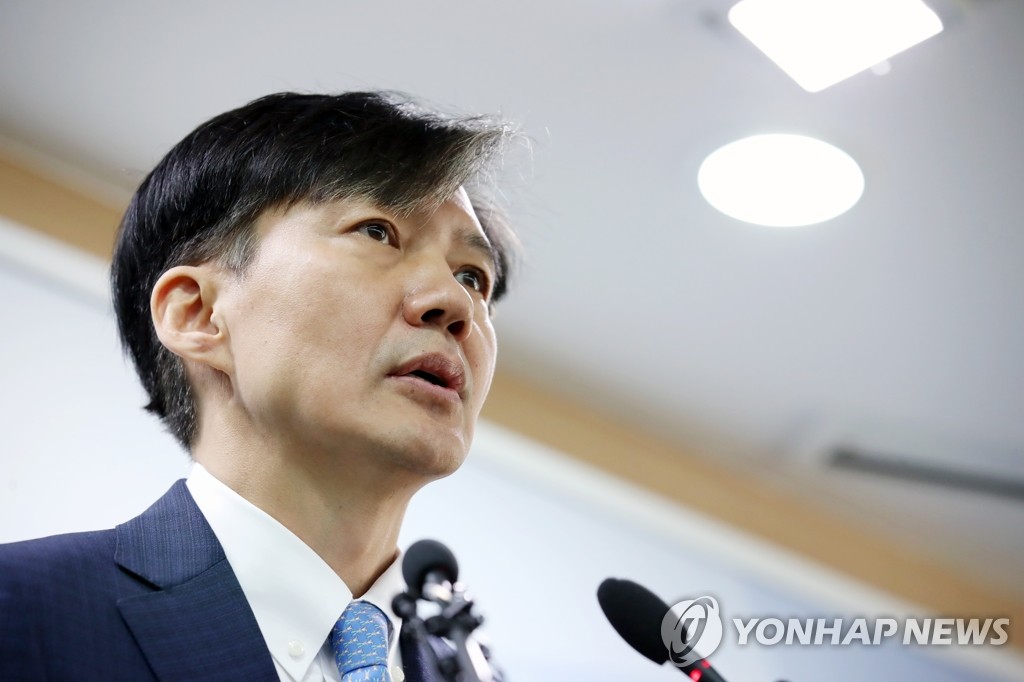 "I felt apologetic to the people regarding ongoing probes over my family, but put in my best each day as justice minister to reform the prosecution. But now my role has come to an end," he said.