(ATTN: UPDATES with Moon's acceptance of resignation offer in paras 4-6)
By Lee Minji

"I judged I should not add a burden to the president and the government regarding my family affairs. I think the time has come for me to step down for the successful completion of prosecution reform," he said in a statement.

"I was mere 'kindling' for reforming the prosecution. My role as 'kindling' has come to an end."

Cho was widely seen as the key official to push ahead Moon's prosecution reform drive. 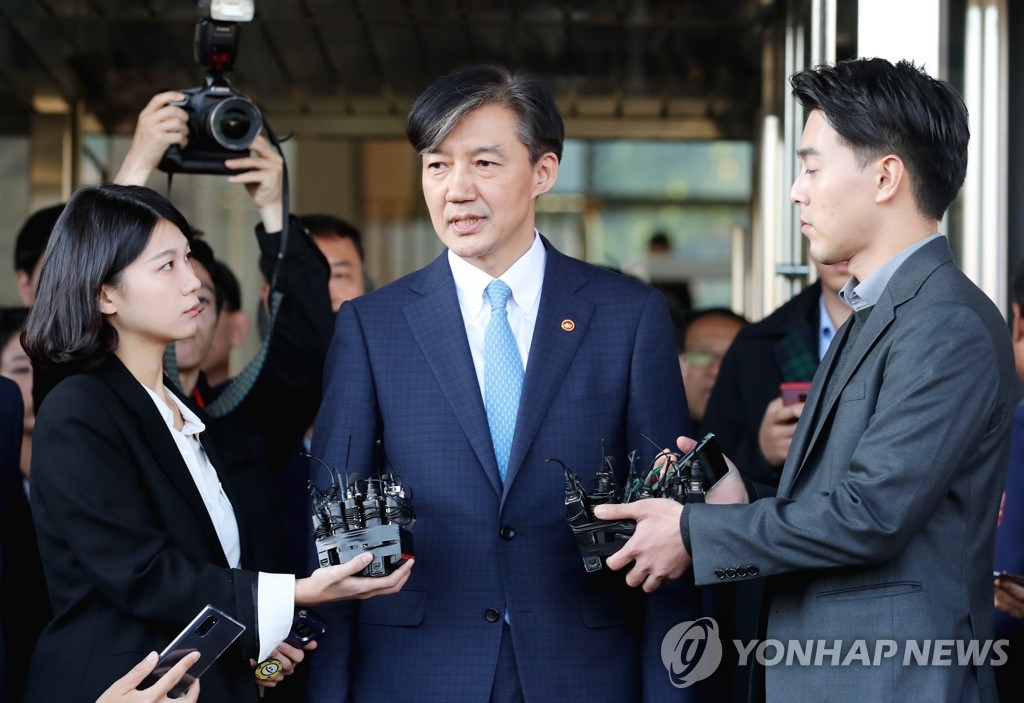 Moon earlier voiced regret over Cho's decision to quit but also applauded his efforts to push forward with the reform drive.

"I had hoped for a prosecution reform by the fantastic combination of Justice Minister Cho and Prosecutor-General Yoon Seok-youl, but it has become a dream-like hope," he said in a meeting with senior aides, according to the presidential office.

The president also said that Cho helped raise awareness of the need for prosecution reform and created "big traction" toward that end.

The president appointed Cho to the post on Sept. 9, saying it would be a "bad precedent" to not appoint Cho solely based on allegations that have not been confirmed, referring to doubts over his family.

Just a few hours earlier, Cho held his second press briefing as a justice minister on measures to reform the prosecution. 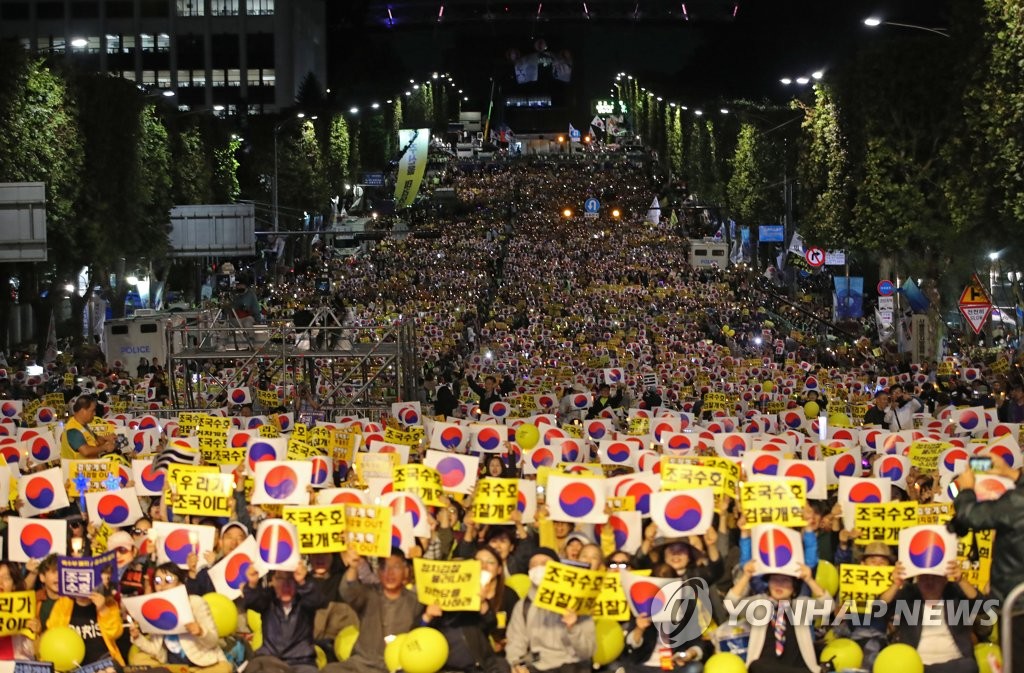 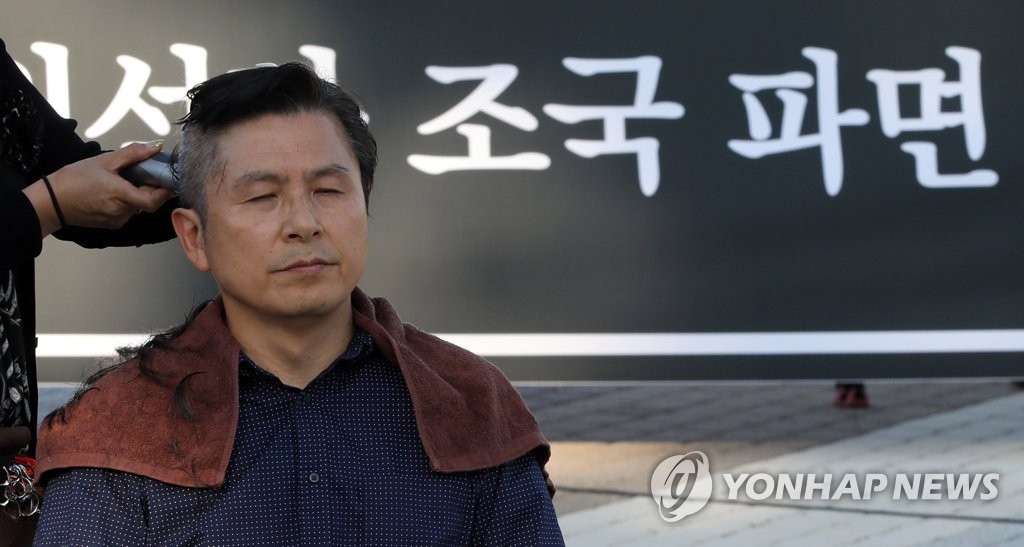 The controversy surrounding Cho developed into a social phenomena involving the issues of education, political beliefs and judicial reform.

Tens of thousands of people held candlelight rallies in southern Seoul over three weekends, voicing support for Cho and his prosecution reform plans.

Opponents, however, also staged massive protests in Gwanghwamun, demanding his resignation. Conservative politicians even went on to shave their heads in groups in protest of Cho's appointment.

The issue sparked a debate on fairness in the education system as critics claimed Cho's children enjoyed benefits that landed them places in prestigious schools. Cho's defenders, however, claimed there were no wrongdoing in the process.

Cho said he is "especially sorry to the youth who were hurt" and also expressed gratitude to supporters of the reform drive, saying he "was able to hold on thanks to their will and hearts."

President Moon also acknowledged the social rift and apologized for "having caused a lot of conflict."

He urged the people "to bring their hearts together" for social integration and economic growth.