INCHEON, Oct. 14 (Yonhap) -- In a quirky postseason format in the Korea Baseball Organization (KBO), the higher you finish in the regular season, the longer the break is for your club before the start of the playoffs.

After finishing in second place, the SK Wyverns advanced straight to the second round of the playoffs and were afforded two weeks off following the end of their regular season on Sept. 30.

They'll return to action later Monday to open the best-of-five second round against the Kiwoom Heroes, and for SK's Canadian slugger Jamie Romak, the game at SK Happy Dream Park in Incheon, just west of Seoul, couldn't have come a moment sooner. 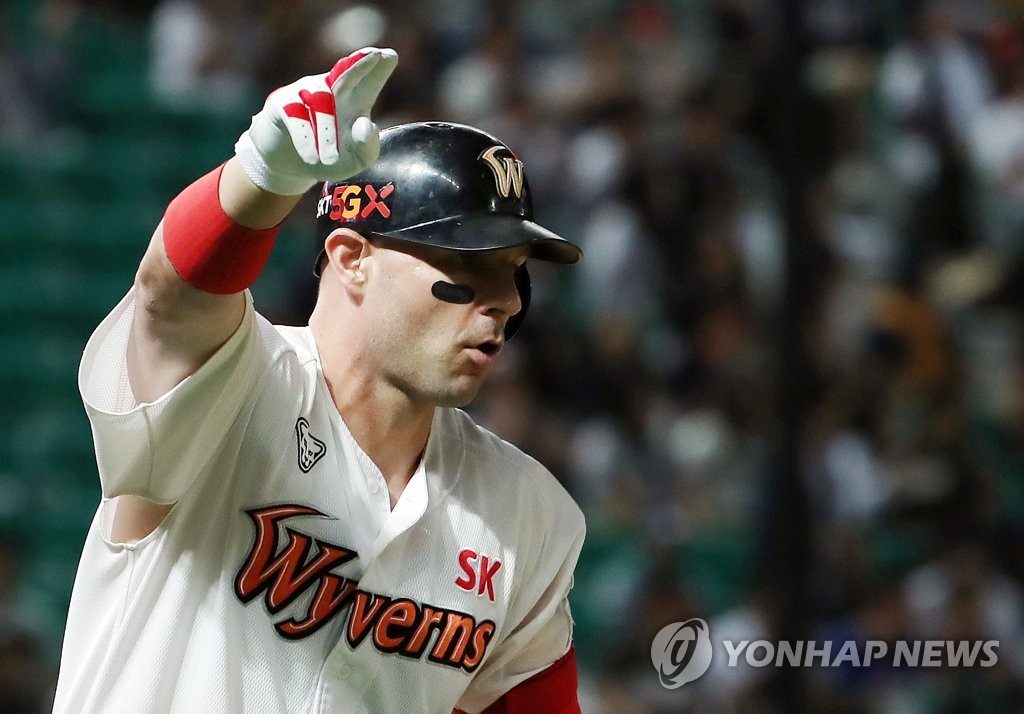 "I feel young again," the 34-year-old first baseman said with a smile. "My body feels rested. It was a stressful stretch in the last month for us, and it was a good physical and mental break for us to recharge."

Romak, who ranked second in the league with 29 homers in the regular season, was referring to the Wyverns' September swoon, which cost them first place and a direct berth in the Korean Series.

After leading the league for most of the season, the Wyverns, the 2018 Korean Series champions, went only 8-10 in September and were passed by the Doosan Bears on the final day of the season on Oct. 1.

Romak said he tried not to think about the disappointing finish to the regular season and focused on how to make sure he and his teammates could use their postseason experience from 2018 to their advantage in 2019.

"For a lot of us (last year), it was our first experience in the KBO playoffs and the Korean Series. That sort of experience is valuable," he said. "And hopefully it will help us this year and we come out of the gate strong in this series."

The Wyverns and the Heroes dueled in a memorable five-game battle in the second round a year ago. The Wyverns took Game 5 11-10 in 10 innings, but not before they blew a 9-4 lead with two outs in the ninth inning and going down 10-9 after the top of the 10th. Then in the bottom 10th, back-to-back solo shots by Kim Kang-min and Han Dong-min sent the Wyverns to the Korean Series, where they knocked off the Bears in six games.

Romak said he followed the first round of the playoffs between the Heroes and the LG Twins "as a fan" and he wasn't thinking about a potential rematch against the Heroes. 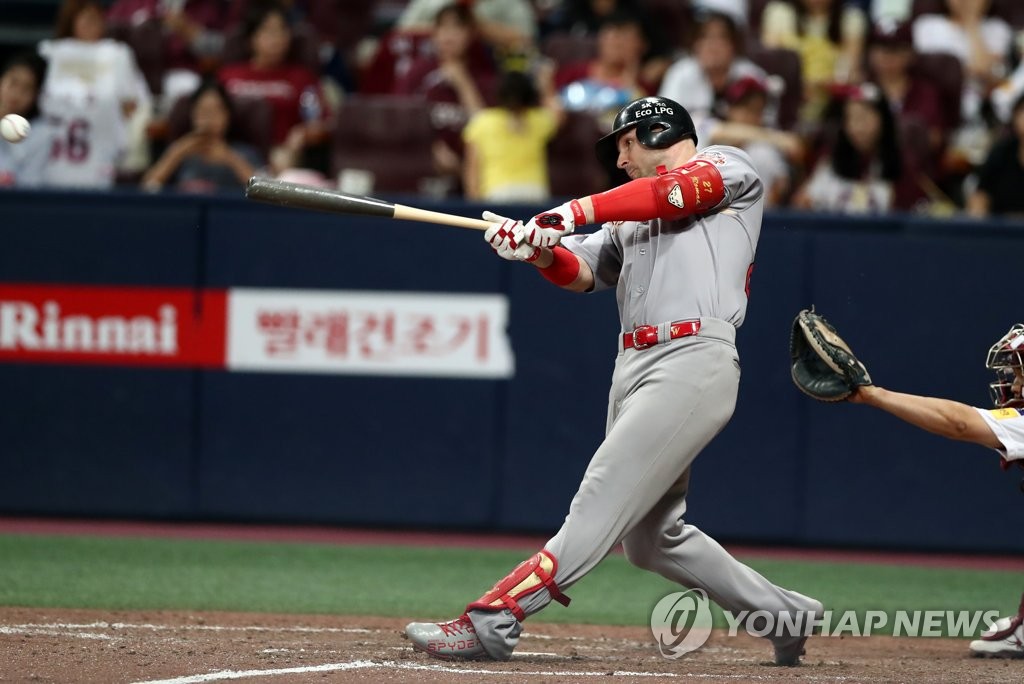 And Romak was busy, as it were, trying to keep his focus sharp during the extended time off.

"The challenge is mentally staying engaged. When you get that time off, your mind starts to wander outside baseball," he said. "You have to wake up every day and stay focused and stay ready."

After going through a similar schedule for the second straight year, Romak said he is used to this type of pre-postseason break. But that doesn't make getting his timing down in the first game back any easier.

"We can practice and take live batting practices, but once the lights come on and you see different uniforms, and the stands are full, that's a totally different feeling," he said. "I hope it's just my first at-bat or just first pitch to get eyes back locked in under the lights."

Romak said he's also gotten comfortable playing first base. While playing major league and minor league ball in the United States, Romak played left field, right field and third base in addition to first base. In three seasons in the KBO, Romak has spent the vast majority of the time at first.

"This was probably my best season defensively, after settling at first base," he said. "To get a couple of years in a row at first base made me feel so much more comfortable. I am ready to go."

Romak also has good postseason history against Monday's starter for the Heroes, right-hander Jake Brigham. In Game 5 of last year's second round, Romak belted a three-run shot off Brigham during a six-run sixth inning.

Romak said he has reviewed his at-bats against Brigham but he wasn't going to simply rest on his past success.

"Whether there were good results or bad results in the past, it doesn't matter at this point," Romak said. "Just set up my game plan and go from there."