Moon delivered a message of "deep condolences and consolation" to the prime minister and Japanese people, according to Cheong Wa Dae spokesperson Ko Min-jung. He also expressed hope that Japanese people affected by the typhoon will recover their "calm, ordinary lives" as early as possible.

The message was delivered through a diplomatic channel, Ko said but did not elaborate.

In September last year, Moon extended a sympathy message to Abe, when the neighboring country was battered by a devastating typhoon and a massive earthquake.

The most powerful typhoon to hit the country in decades swept across the central and eastern swathes of the nation over the weekend, leaving at least 43 people dead, local media reported. 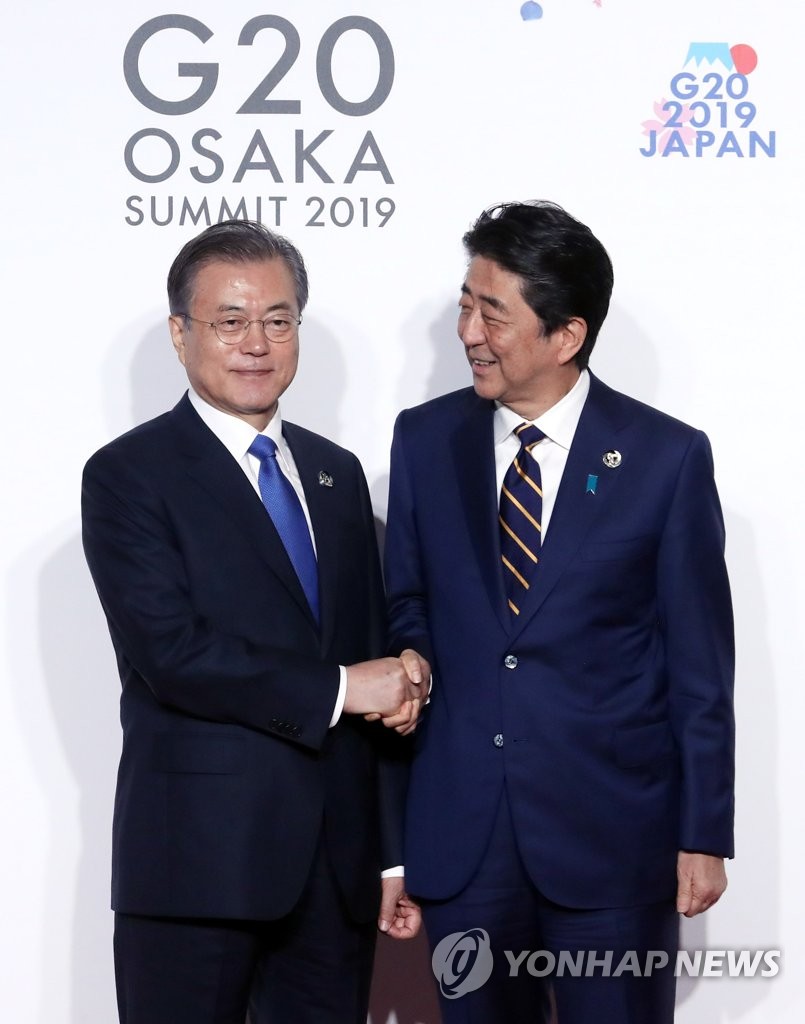