SEOUL, Oct. 15 (Yonhap) -- Ji-young (Jung Yu-mi) boils clothes of her two-year-old baby and prepares breakfast for her husband every morning. Then, she washes dishes and vacuums, with her baby around her arm. When her husband returns home in the evening, she bathes the kid and puts her to bed.

Every morning she repeats this daily routine without a word.

She once was a beloved daughter of a five-member family, a student in her teens filled with dreams and an ambitious career woman in her 20s. But now, in her 30s, she is a housewife and mother of a kid who has to struggle all day to do house chores and take care of her husband and daughter. 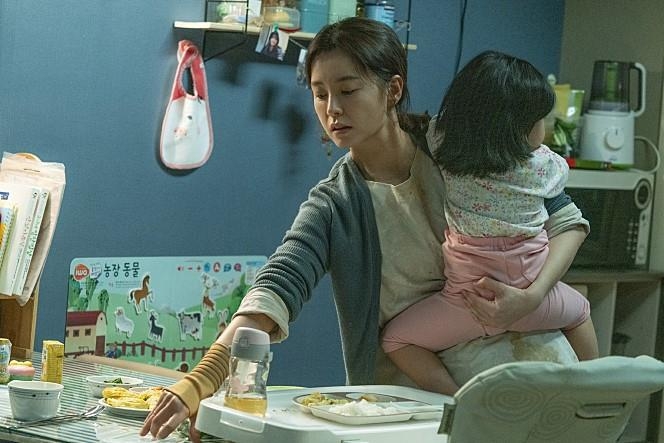 Recently, she feels that her memory often fails her and that something strange is happening around her. When she looks out of a window to see the sunset, her heart sinks due to unknown reasons. Her husband asks her to visit a psychiatrist.

"Kim Ji-young, Born 1982" is a film adaptation of a best-selling but controversial feminist novel with the same title written by Cho Nam-joo. It is about a woman in her mid-thirties who is living in male-dominated, patriarchal Korean society, where females are defined by their fathers or husbands.

She has to drive down from Seoul to Busan, where her husband's parents live, and manage cooking and serving at least two times a year, on Lunar New Year's Day and Chuseok, the Korean autumn harvest celebration. For her parents-in-law's birthdays every year, the same tasks are assigned to her.

Nobody says she is sacrificing her career and her life; instead, friends and family point out she is just doing what she has to do. 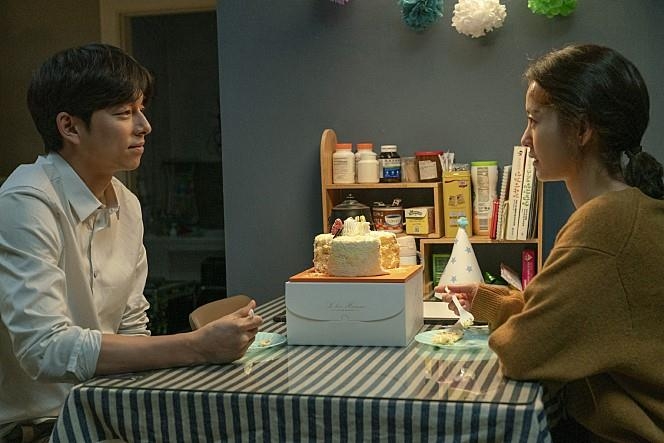 Ji-young, a mousy and timid girl, takes everything to heart. She doesn't complain of her hard work and sacrifice, but the failure has chipped away at her heart and mind. She needs an outlet that helps her speak out her feelings of anger, grief or complaint.

Like the novel, the movie sets the focus on Ji-young and her female family members and friends, who often feel alienated by their male-oriented families, companies and society.

But it does not forget to tell the story of Ji-young's husband, Dae-hyeon (Gong Yoo), who is also an ordinary office worker in his 30s.

He struggles to find ways to help his wife get out of the yoke of motherhood and housewifery, while he experiences the clear, entrenched division of gender roles in South Korea. He feels frustrated after he faces strong opposition from his parents when he intends to take a parental leave for his wife.

The spontaneous, unflattering acting of the lead actress and actor amplifies the plausibility and credibility of the story and convinces viewers that Ji-young and Dae-hyeon are just neighbors next door and share similar hurdles in our time.

And the supporting actors and actresses, especially Kim Mi-kyung, who takes the role of Ji-young's mother, are impressive. She represents the older generation, forgoing her right to being educated for the sake of her brothers and spending her brightest times supporting them in the 1960-70s. As a wife and mother, she looks after her mother-in-law, husband and three children. 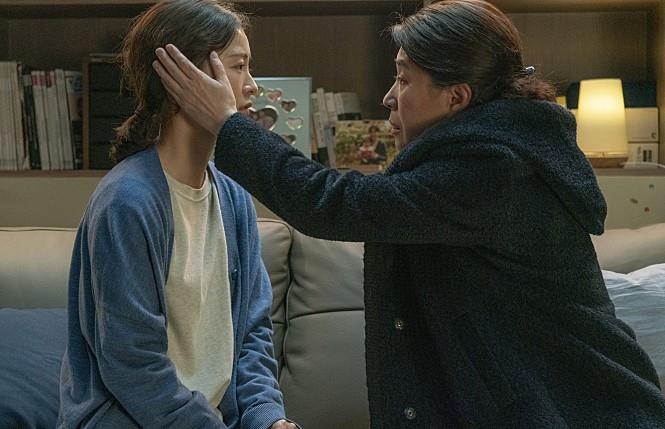 But director Kim Do-yeong, who chose "Kim Ji-young, Born 1982" as her full-length debut work, does not fill the movie with sad, gray colors and let viewers remain in the blues. The prickly caustic tones of feminism inherent in the novel were largely diluted in the movie.

"The novel shows bitterness of the reality throughout," the director said in a press conference held on Monday. ""But when writing the screenplay for the movie, I wanted to send a hopeful message to all Kim Ji-youngs in 2019, that they are living in a better world than Ji-young's mother, and their children will be as well."