"I will make efforts to build up the peace economy to prevent the so-called Korea discount from working as a stumbling block for the growth of overseas Korean businesspeople and to help them have more business chances on the Korean Peninsula," Moon said in a congratulatory message for the opening of a conference for Korean business leaders from around the world.

He was referring to his drive to promote economic growth based on inter-Korean peace.

The World Federation of Overseas Korean Traders Association (World-OKTA) kicked off its four-day convention in Las Vegas in the United States on Monday (local time).

Co-hosted by Yonhap News Agency, South Korea's key newswire service, this year's event, the 24th of its kind, brought together about 700 World-OKTA members from 73 countries.

Moon lauded their efforts to make forays into foreign markets and pledged a plan to expand support to related organizations to reward their contribution to the South Korean economy.

He called the annual conference a "bridgehead" to support exports of small and medium-sized enterprises (SMEs). The meeting was first held in 1996.

"I am proud of you as you are working with the belief in the shared value of co-existence even amid trade tensions and an expansion of trade protectionism," he said.

The president also voiced hope that this year's conference will help more SMEs increase their shipments to the U.S.

"I will (make efforts to) help more firms increase investment through the firm alliance between Seoul and Washington," he added. 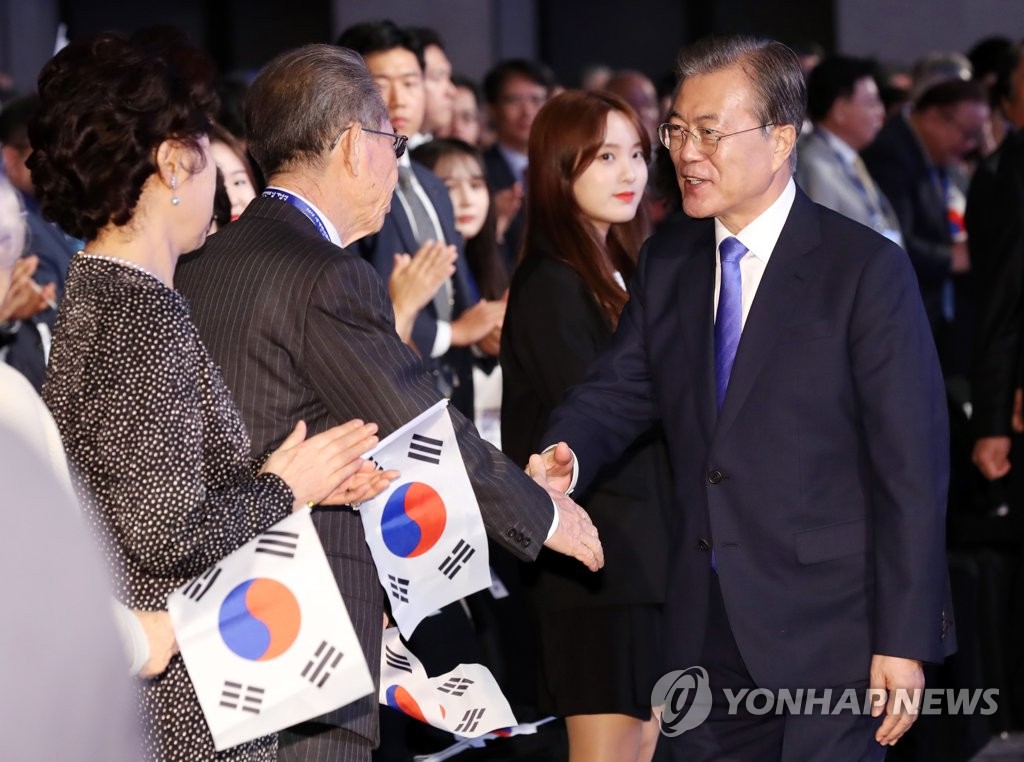