SEOUL, Oct. 15 (Yonhap) -- South Korea on Tuesday unveiled an ambitious plan to boost electric and hydrogen cars to 33 percent of the total here by 2030 as the country is pushing to foster future vehicles.

The goal marks a sharp rise from 2.6 percent projected for 2019, according to the Ministry of Trade, Industry and Energy.

The growth could help Asia's fourth-largest economy become the world's automobile powerhouse by garnering 10 percent of the global market.

South Korea plans to reduce its reliance on foreign technologies by self-supporting 80 percent of related materials and parts, rising sharply from the current 50 percent. Research on flying cars will also be carried out for commercialization in 2025.

"The global automobile market is expected to post a dull growth of around 1 percent for the time being," the ministry said in a statement, noting South Korea should set foot in the electric, hydrogen and self-driving car industries for sustainable growth. 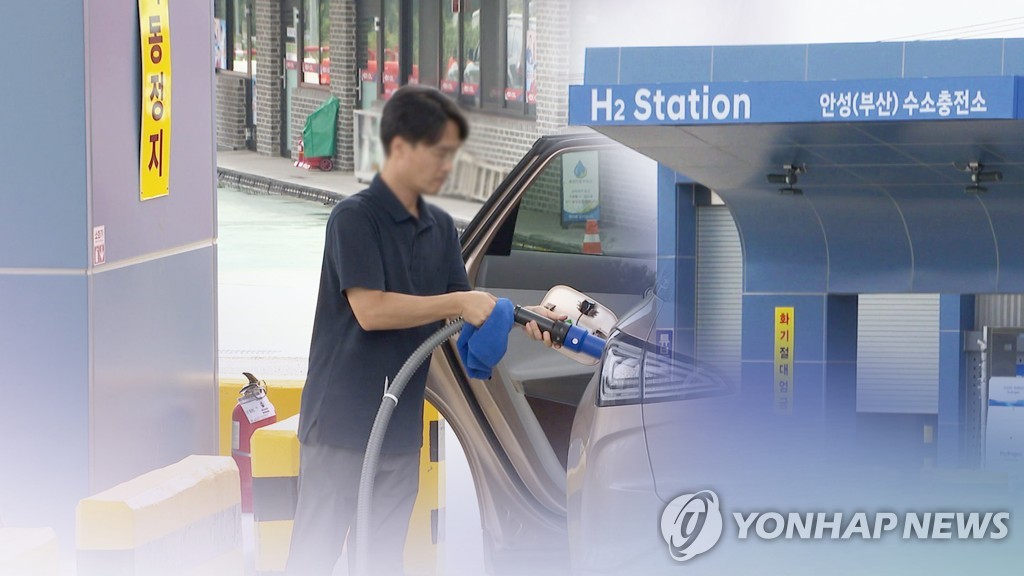 "For South Korea, the world's seventh-largest carmaker, the automobile segment is a key backbone of the economy. If we fail to cope with the changing environment of the industry, the country's growth engine may suffer a setback," Industry Minister Sung Yun-mo also said during a briefing.

The ministry said the goal is viable if Asia's No. 4 economy utilizes its strength, such as top-notch information and communication technologies.

South Korea has been posting a notable growth in such areas. The accumulated number of electric cars sold here jumped sevenfold this year from 2016, with that of hydrogen fuel cell cars soaring 39 times over the cited period.

In terms of infrastructure, South Korea will complete building related infrastructure by 2027, earlier than the previous goal of 2030.

The first fully autonomous cars will be released in 2024 here, it added.

The blueprint also centers on preparing laws and policies that reflect the changes of the automobile industry, including those related to insurances for self-driving cars.

The country will join forces with local carmakers, creating a fund of 60 trillion won (US$50.6 billion) to build an ecosystem of next-generation cars, the ministry said.

The move comes in line with South Korea's so-called hydrogen economy drive, which centers on utilizing the environment-friendly resource to power its growth.

To promote the growth of the market, South Korea plans to build around 660 hydrogen charging stations throughout the country by 2030. Once accomplished, South Koreans will have access to such stations within a 20-minute distance at major cities.

The number of chargers for electric cars will reach 15,000 units throughout the country in 2025, compared with the current 5,427 units.

The ministry claimed the blueprint will provide South Koreans with a safer driving environment. The number of deaths from traffic accidents annually will fall below 1,000 in 2030, compared with around 3,700 posted last year.