The government will approve a trip to the North by some 70 South Koreans -- including athletes, support personnel and two journalists -- for the 2019 Asian Youth & Junior Weightlifting Championships, according to a ministry official.

The event, which is slated for Oct. 20-27, will be another rare sports exchange involving the two Koreas following a World Cup qualifying match between the two sides set for Tuesday.

The North has been uncooperative about South Korea's wish to send fans and journalists to Pyongyang for the much-anticipated football game, but the ministry official said preparations for the weightlifting event are "making progress normally" through the Asian Weightlifting Federation.

Observers say the North seems to be handling the two events differently, as the weightlifting competition involves some 400 athletes from across the world. 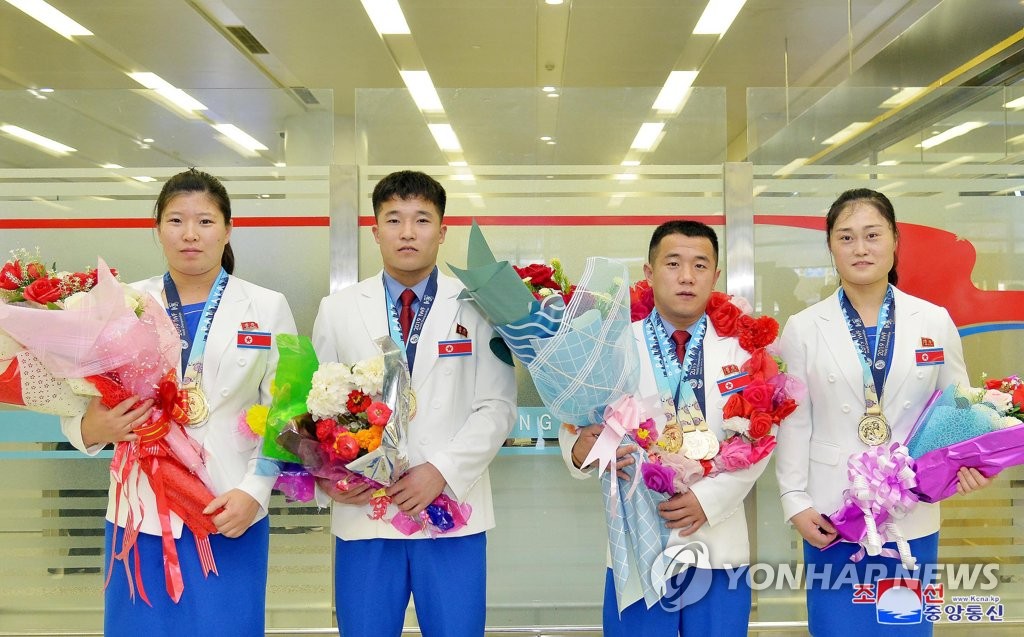