He was attending a highly symbolic ceremony to declare the country's vision for a global leader in the development of tech-enhanced vehicles, which was held at Hyundai Motor's Namyang R&D Center in Hwaseong, Gyeonggi Province.

"In the future car era, we do not have to be a follower anymore. It's because we are now able to stand at an equal starting point," he said, addressing the event. "At last, we have a chance to become a technology leader, not a follower. We should seize this opportunity."

He revealed South Korea's goal of becoming the world's No. 1 in the competitiveness of future car production by 2030. 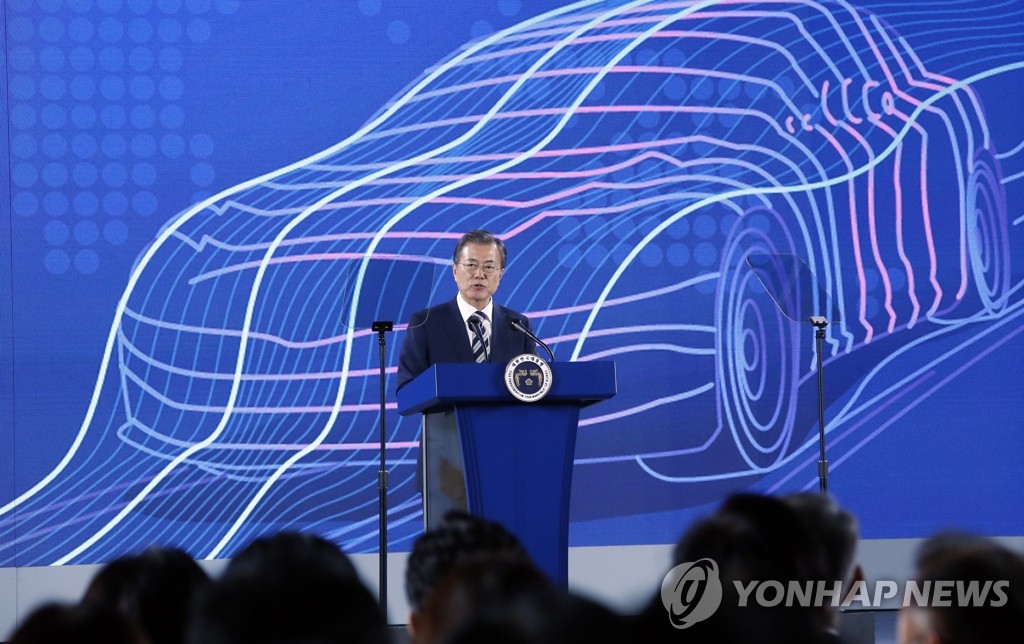 He pointed out that South Korea has proven its technology prowess on electric and hydrogen cars, as shown in a contract to export 1,600 hydrogen-powered trucks to Switzerland. Delivery is scheduled to start in the first half of next year and end in 2025.

In addition, South Korea has top-notch technology in the battery, chip-making and IT sectors.

"If the world's fastest mobile network is combined with these, (South Korea) can take the lead in autonomous driving and dominate the future car market," he emphasized. "The era is never a dream when our standards can be international standards."

It has formally picked future-generation cars as the country's potential growth engine, along with non-memory chips, bio-health and the hydrogen economy.

Local carmakers plan to pour 60 trillion won into their drive toward future mobility over the next 10 years.

Moon said the government will make a separate investment of 2.2 trillion won to help accelerate the campaign.

"(The government) will propose that the accomplishments of hydrogen and autonomous car technology development become the international standards so that our technology standards can become global ones," he added. 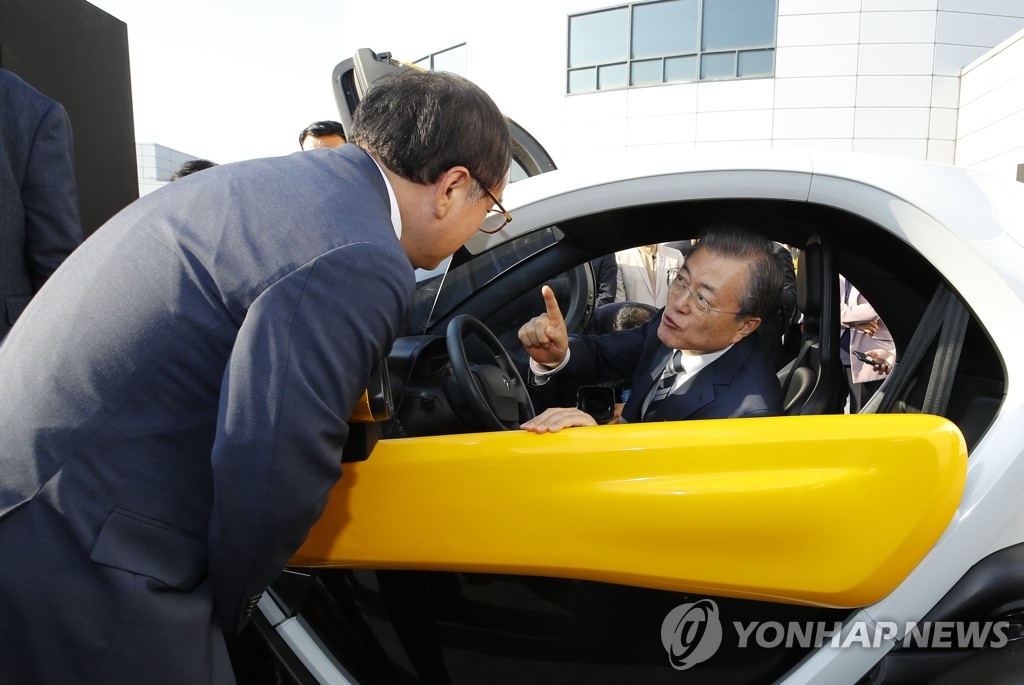 To that end, South Korea aims to increase the sales proportion of such future cars to 33 percent by 2030, attaining a global market share of 10 percent, according to the president.

If achieved, he said, it will help cut greenhouse gas emissions and fine dust by 36 percent and 11 percent, respectively, in the nation.

"Second, (South Korea) will be the first in the world to commercialize autonomous driving," Moon said.

He also made public a project to establish major infrastructure for self-driving cars on major roads across the nation by 2024, which include wireless communication networks, 3-D precision maps, integrated control systems and related road signs. 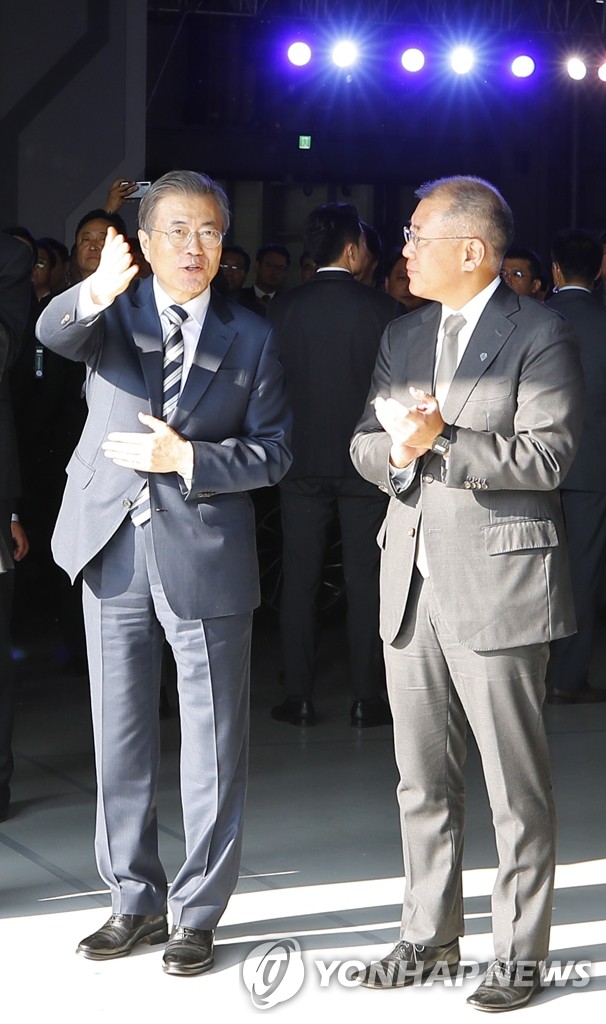 Meanwhile, Moon was briefed by Hyundai Motor Group's Executive Vice Chairman Chung Euisun on the conglomerate's own future strategy. It marked their 11th meeting since Moon's inauguration in May 2017 and the seventh this year.

Last week, Moon took a tour of Samsung Display's factory in Asan, South Chungcheong Province, where he joined an event on the firm's plan to invest together with Samsung Group's de facto leader, Lee Jae-yong. The progressive Justice Party took issue with Moon's meeting with Lee, claiming that the liberal president may be taking a "chaebol-friendly" approach.